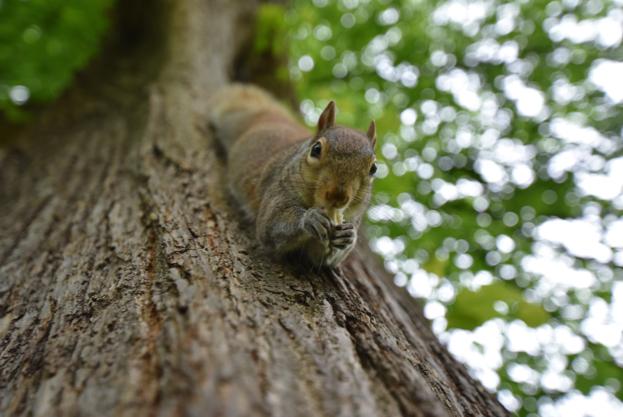 1. The biggest species of squirrel is the Indian giant squirrel (below), which can grow up to an impressive 36 inches (1m) long. The smallest is the tiny African pygmy squirrel which is a minute 2.8-5 inches (7-13cm). 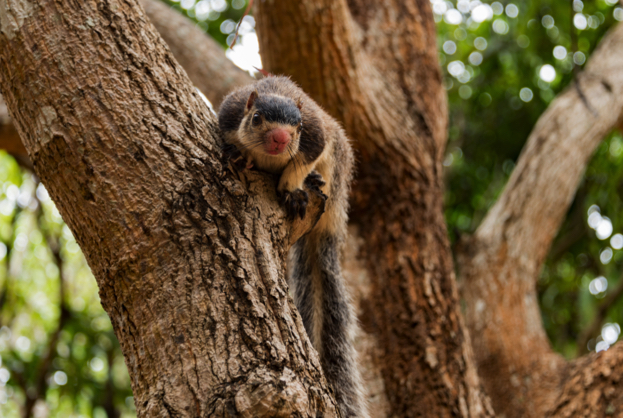 2. Squirrels have four front teeth which never stop growing throughout their lives. This ensures that their teeth don’t wear down from constant gnawing on nuts and other objects.

3. Squirrels can be categorised into three types: ground squirrels, tree squirrels and flying squirrels. Flying squirrels are able to glide through the air due to the flaps of skin which connect their limbs, providing a wing-like surface. 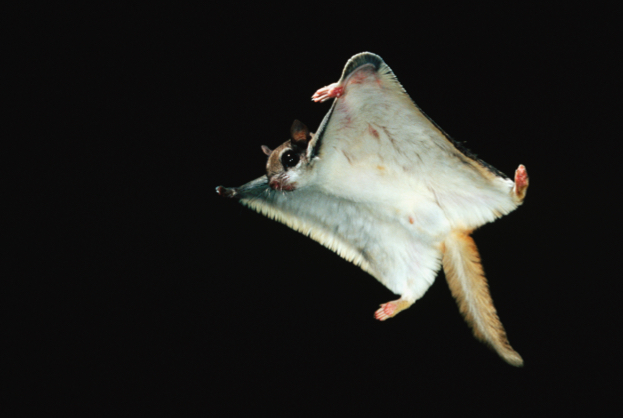 4. Squirrels can recognise ripe nuts using their sense of smell. They are also able to tell if an acorn or hazelnut has been hollowed out by weevils by recognising that the nut is too light. In order to find previously buried nuts, they use a combination of memory, smell and observation of disturbed soil.

5. Squirrel nests are called ‘dreys’. They are compact, spherical structures which are slightly lighter than footballs. Constructed out of twigs, leaves, bark and grass, they are typically assembled in the forks of tall trees. 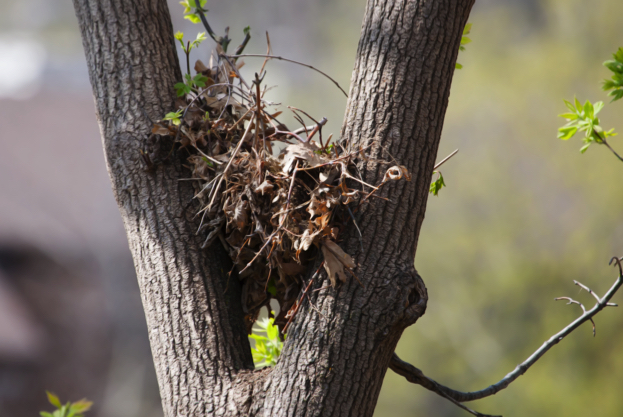 6. Squirrels communicate using a wide range of calls, such as territorial barks and ‘quacking’ noises, but their main form of communication is their tails. They use these as signalling devices, twitching them if they become suspicious of a threat.

7. Squirrels can run up to 20 mph and have padded feet which cushion jumps from up to 20 feet high. They can also use their fluffy tails like parachutes in order to balance themselves during high leaps.

8. Squirrels are one of the most important animals for helping the spread of oak trees. They store acorns in the ground but only recover around 70 per cent of them, allowing the forgotten acorns to grow into healthy trees. 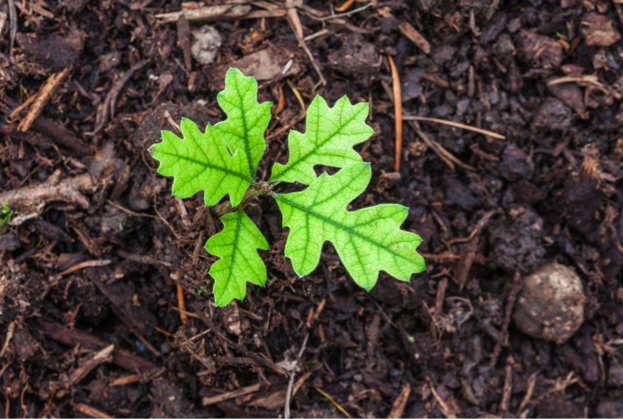 9. Red squirrels were widespread in the UK until the 1940s but suffered a sharp decline in numbers and are now classified as an endangered species. Their threatened status is largely down to the rise of the grey squirrel population, due to their larger and more robust nature and transmission of the squirrel pox virus.

10. There are some very unique squirrel species around the world. The tufted ground Squirrel, only found in Borneo, has a tale which is 130 per cent the size of its body. The Kaibab squirrel has a pure white tail and only dwells in the Grand Canyon Region of Arizona. The Indian palm squirrel has striking brown and white stripes which even inspired a Hindu legend. It is said that a helpful squirrel was stroked by the deity Lord Rama, leaving behind finger-strokes down his back. 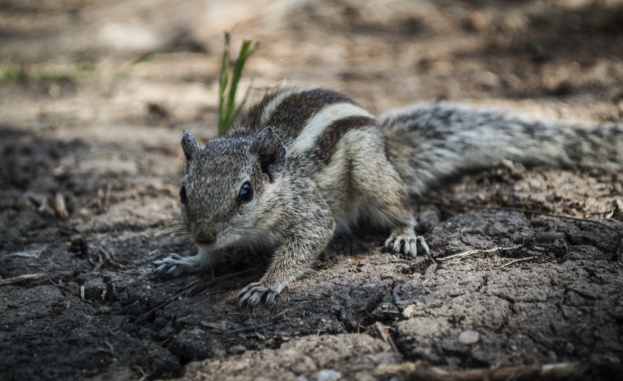