India is a peerless abode of wonderful and exotic animals. The country harbours a charismatic mixture of wildlife species. There are more than 500 wildlife sanctuaries and 100 national parks which give shelter to an enormous number of endangered and wild animals. The country is blessed with diverse and unique creatures although, due to harsh human interference, many of the animals are on the verge of extinction. Not only does man’s actions determine the fate of these animals, but climate change plays a major role in the decline of their existence as well.

The lush green jungles of India harbour many types of species. Below is the list of seven most endangered species that you should see in India before they disappear 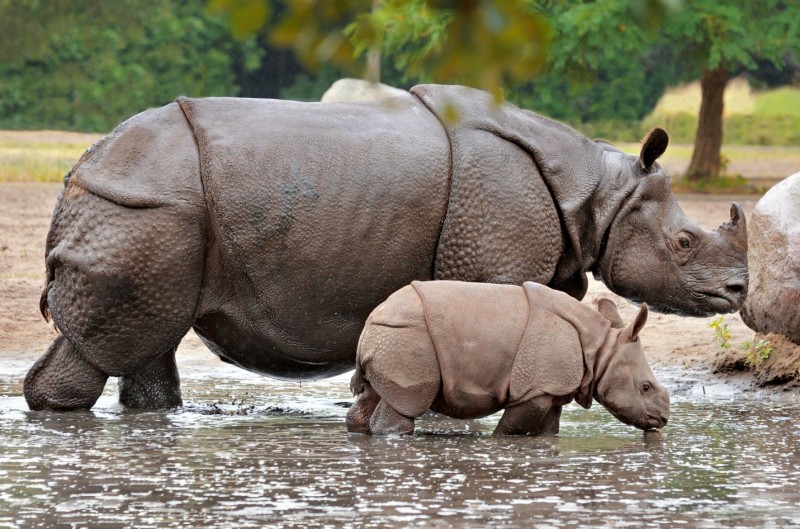 Places where Greater One-Horned Rhinoceros can be spotted

The white rhino is the largest rhino species and the largest land mammal after the elephant.
During the Mughal Era, the rulers used to use Greater One-horned Rhino in fights against elephants as entertainment. The rhinos would often win. Thankfully, this sport is no longer practiced or permitted. 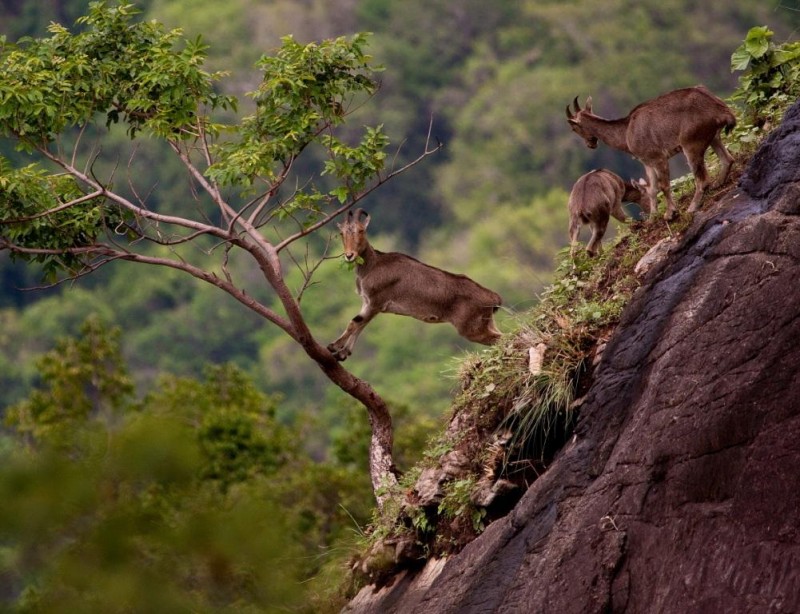 The Nilgiri tahr is a threatened mountain ungulate clinging on to the tropical rainforest of the Western Ghats. The endangered species have a stocky coat with a bristly mane, curved horns, and coarse and short fur. Considered as the state animal of Tamil Nadu, the Nilgiri Tahr is facing a major threat in the Western Ghats. Thanks to continuous poaching activities and Eucalyptus cultivation hampering its habitat, the Nilgiri Tahr population is continuously decreasing.

Places where Nilgiri tahr can be spotted

As per the current survey, there is a total population of 3,000 Nilgiti Tahr in India, inclusive of smaller species which haven’t been documented in the past. 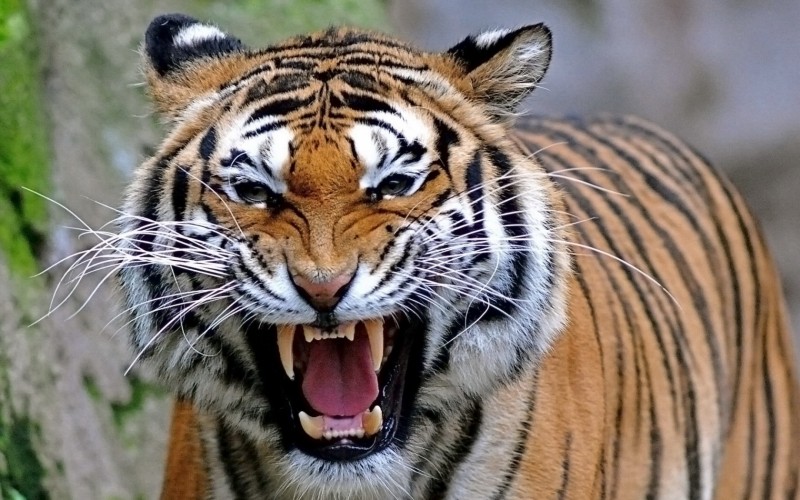 Considered as the national animal of two major countries – India and Bangladesh, the Bengal tiger is justifiably referred to as the ‘Big Cat.’ Around 70% of the world’s wild tigers live in India. Tigers are fast vanishing due to human interference and poaching cases. The natural habitat of tigers in India – tropical evergreen forests, deciduous forests, mangrove swamps, thorn forests and grass jungles – has almost disappeared outside the reserves. Altogether, there are 48 tiger reserves in India. But one place that has captured the fancy of major wildlife aficionados is the Jim Corbett National Park. There are currently 2,226 tigers left in India.

Places where Royal Bengal Tigers can be spotted

A tiger roar can be heard more than a mile away 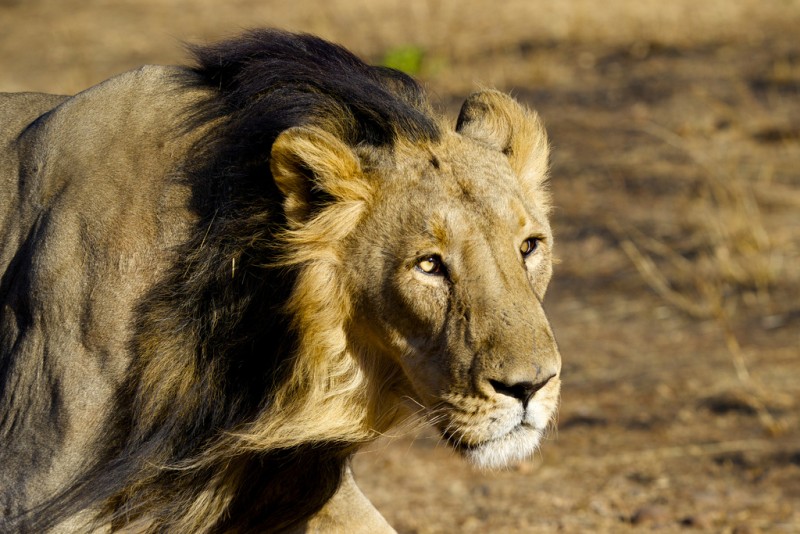 Gujarat in India is home to a large population of Asiatic lion aka the Indian lion or Persian lion. The King of the Jungle reigns supreme in India. As per the facts presented by WWF, the Asiatic lion can be only found in India. The 1,400 sq km Sasan Gir Wildlife Sanctuary in Gujarat is the last royal refuge of the Asiatic lion. Only 200 or so Asiatic lions exist in the wild.

Places where Asiatic Lion can be spotted

The Asiatic lions are renowned as the second largest feline species in the world, after the tigers. 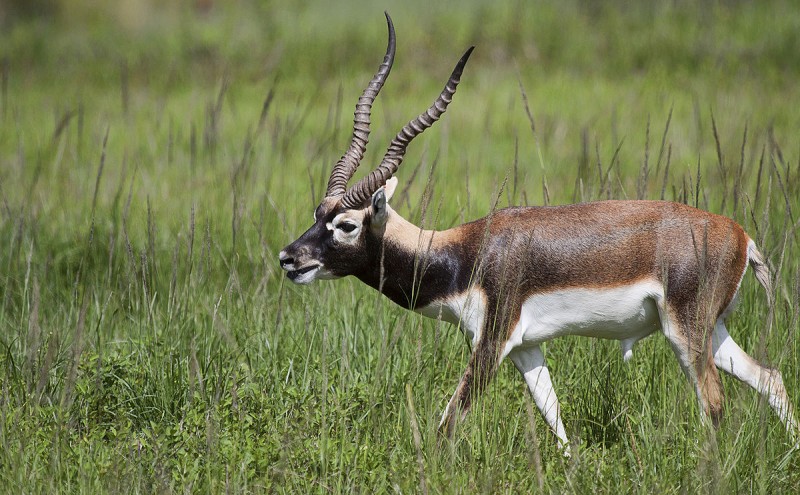 Blackbucks, the Indian antelopes, are found in abundance in the plains, grasslands and scrubs of India. Activities like hunting, poaching, habitat destruction, overgrazing and inbreeding has led to a drastic downward fluctuation in the blackbuck population. Another reason why the blackbuck population is immensely decreasing is the large-scale conversion of their habitats into agriculture fields and poaching. Other than India, Blackbuck can be found in Nepal and Pakistan.

Places where Black Buck can be spotted

The Black Buck is the state animal of Andhra Pradesh, Haryana and Punjab. 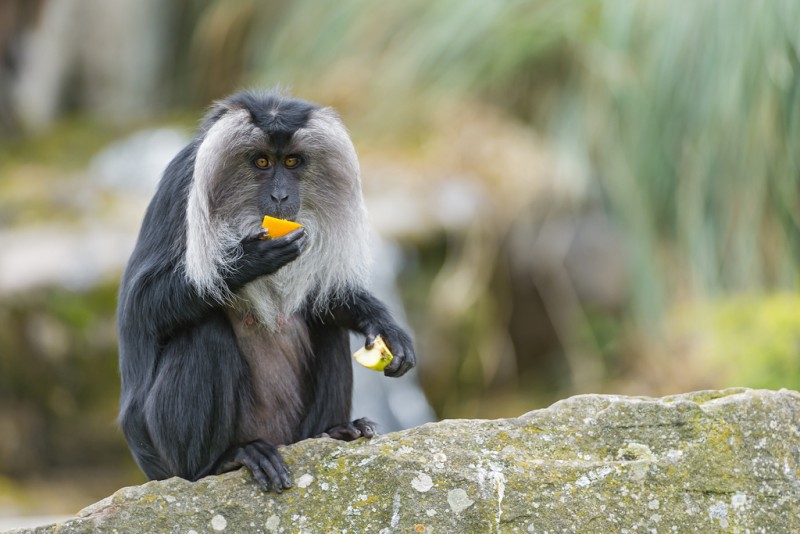 Places where Lion Tailed Macaque can be spotted

The Lion-tailed Macaque is so well adapted to its forest home that it simply cannot adjust to the new habitats being created by human intrusion. 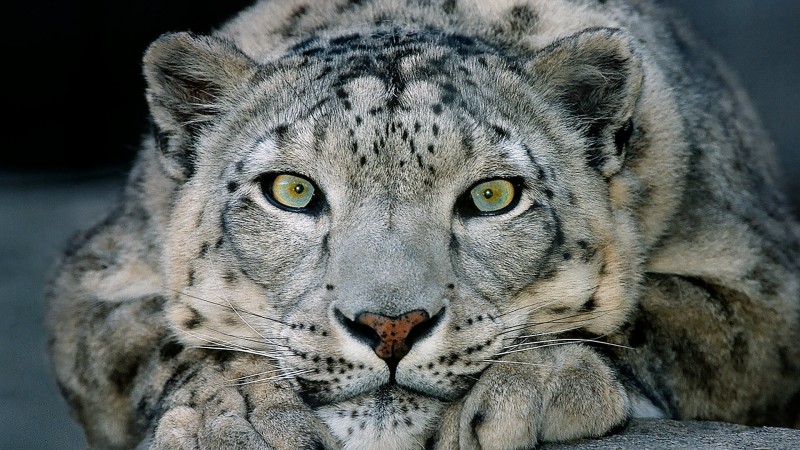 Profoundly found in the steep and rocky region of the Himalayas, the snow leopard is the descendant of the wild cat and panther families. Snow leopards have thick, long fur, and their skin color varies from yellowing tan to smoky gray. The Snow leopard can be easily identified by its tail as it is 80-105 cm long. There are 6,000 snow leopards in the world, but its population is gradually declining. With the loss of habitat and widespread hunting, there has been a 20% reduction in snow leopard population over the past 20 years. In addition, snow leopards are illegally hunted in the fur trade for making luxury coats and their bones are sought after for traditional Asian medicine.

Places where Snow Leopard can be spotted

Unlike other big cats – like lions and tigers – snow leopards can’t roar.
Snow leopard cubs are born blind. They don’t gain sight until they are seven days old.