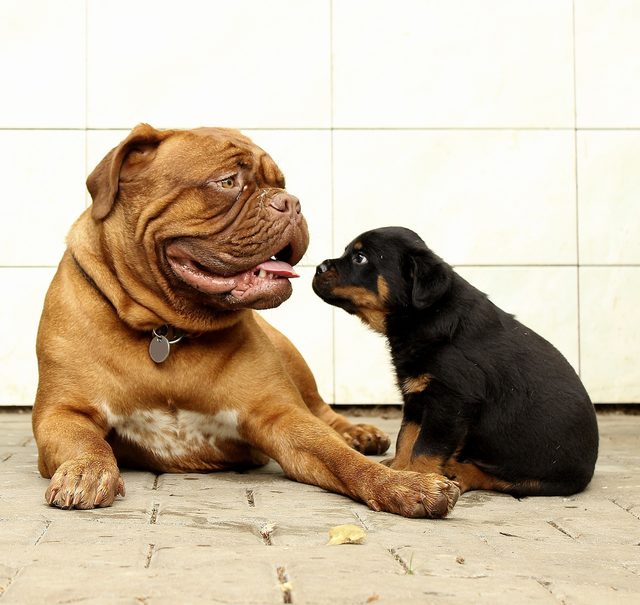 Dogs as a species are incredibly diverse in size. There are tiny dog breeds, gigantic dog breeds, and everything in between.

A dog's size affects its health, and usually plays a part in determining a dog's lifespan. But some people have wondered if the effects of size go deeper than that: Can a dog's size predict its intelligence?

The types of intelligence possessed by dogs

How do we measure intelligence in dogs? It's a difficult question. In his book The Intelligence of Dogs, psychology professor Stanley Coren breaks it into three categories:

Coren sent a series of questionnaires to the American Kennel Club and the Canadian Kennel Club obedience trial judges, asking them to rank dog breeds by performance. (You can read more about Coren's research methods in his article for Psychology Today.) 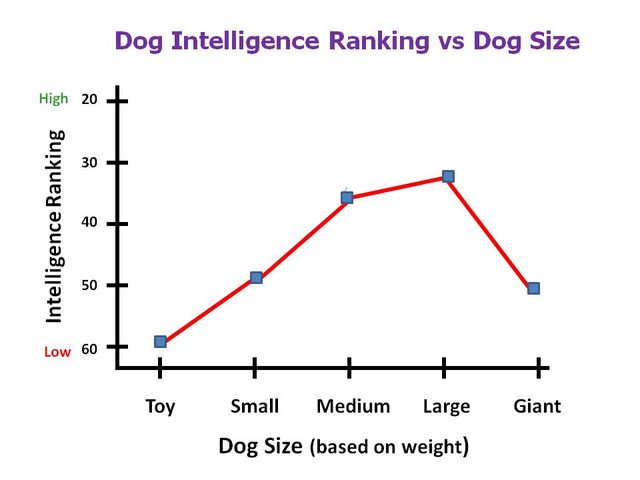 The chart shows medium to large dogs ranking as the most intelligent, with intelligence dropping off in both very small and very large dogs.

To be clear, The Intelligence of Dogs is not regarded as immutable truth. In Coren's own words, the book "received a lot of media attention and scientific commentary, both pro and con" when it was first published. But, assuming he is onto something, what could account for the relationship between size and intelligence in dogs?

In his article for Psychology Today, Coren brings up Theodosius Dobzhansky, a behavior geneticist and evolutionary biologist. Dobzhansky says that evolution favors the middle of a population. In other words, individual animals at the extremes are never as well-adapted as the animals with "average" characteristics. 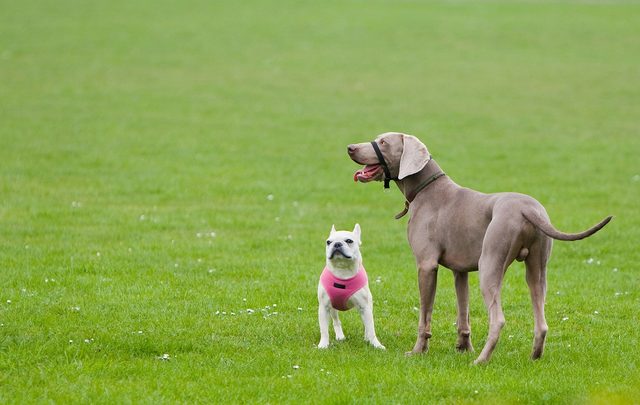 We also have to take into account that humans tend to treat small dogs differently than they treat large dogs. It's entirely possible that the way we treat our dogs has a bearing on the types of intelligence Coren tested for. For example, we have a tendency to forgive behaviors in small dogs that we reprimand in large dogs, such as jumping or barking. This phenomenon even has a name: small dog syndrome. A dog's experiences with its owners could affect how the dog performs in such a test, especially in the area of "working and obedience intelligence."

Alexandra Horowitz, author of the book Inside of a Dog: What Dogs See, Smell, and Know, points out that the brain of a wolf-sized dog is roughly 30 percent smaller than the brain of its ancestor, the gray wolf. Does that mean that the domesticated dog of today is less smart than its ancestor? Horowitz doesn't think so: "When the mere gaze from the dewy eyes of a member of this species causes you to get up from the couch, repair to the refrigerator and retrieve a hunk of cheese for your charge—well, you tell me who is smarter."

Professor Coren's research suggests that medium to large sized dogs are the most "intelligent," based on the three intelligence categories he used in the study. However, those categories are limited, and his research was based on questionnaires from obedience trial judges, who are human and thus subject to biases. Additionally, many factors in a dog's life, both genetic and environmental, could contribute to its intelligence. We don't have nearly enough evidence to definitively say that size affects intelligence one way or the other.