Are Dogs Empathetic? It Depends On The Individual Dog

You may be confident that your dog would save you from a burning building, but until recently, there wasn't much science to back you up. A new study reported by The New York Times takes a deeper look at the canine capacity for empathy. "Timmy’s in the Well: Empathy and Prosocial Helping in Dogs," published in the journal Learning & Behavior, suggests that the compulsion to help a human in distress may not be universal in dogs, but it is present in some.

For the study, researchers at Macalester College in Minnesota recruited 34 mature dogs. The test subjects varied in size and breed: The one thing they had in common was that they all had human owners. Their humans were shut away in a room with a window and a magnetically sealed door that could easily be opened with a nose or paw. To see what it would take for the dogs to break in, researchers told the owners to either hum, say "help" in a neutral tone, or say "help" while sounding distressed and crying.

The results indicate that not every dog has what it takes to be a hero. Only half of the dogs opened the door to reach their humans, and they were no more likely to act when their owners called for help than when they hummed a song.

But that doesn't necessarily mean your dog wouldn't feel empathy if it saw you in danger. When dogs did open the door, they reacted more quickly to the distressed sounds than the happy ones. And many of the dogs that stayed put still exhibited signs of stress when they heard their owners crying. In fact, they were even more anxious than the dogs who sprang into action, suggesting they may have been paralyzed by fear.

This reflects what other researchers have observed in humans: The people who acutely relate to the pain of someone in peril can be less likely to help them. 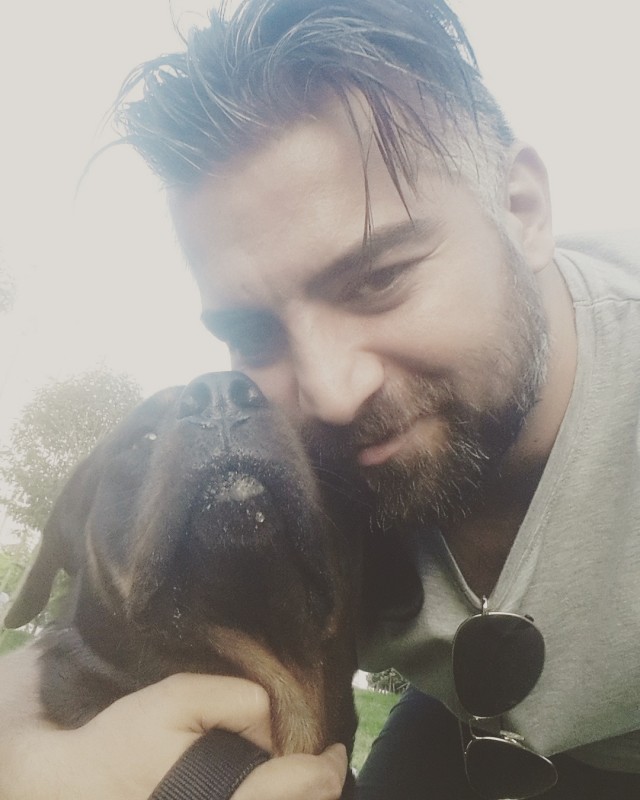 "Based on this result, it appears that adopting another’s emotional state through emotional contagion alone is not sufficient to motivate an empathetic helping response; otherwise, the most stressed dogs could have also opened the door. One must both adopt that emotional state then suppress their own distress, as openers in the distress condition in contrast to non-openers seem to have done, before they are capable of providing help."

But if your dog doesn't come to your rescue right away the next time you cry out, don't automatically assume it's too overwhelmed with empathy to act. There were also dogs in the study that didn't show any stress at all or make any effort to open the door when faced with their crying owner.