Are Dogs Good for Human Health? Here Are the Proven Benefits of Having a Dog

Any dog owner will tell you that having a dog is a great way to relieve stress. But are dog lovers biased, or are there any proven psychological benefits of having a dog?

Good news: There are proven benefits! Take that, cat people.

Studies have shown that dogs do indeed reduce stress. One study, conducted by researchers at the University of British Columbia, looked at the effect of therapy dogs on college students. The researchers concluded that students who spent time at drop-in dog therapy sessions experienced a reduction in overall stress and a boost in feelings of wellness.

Multiple other studies also show a reduction in stress in those who interact regularly with pets and even some interesting physical benefits, like better chances of surviving a heart attack. (To be fair, these studies looked at pets in general, not just dogs.) 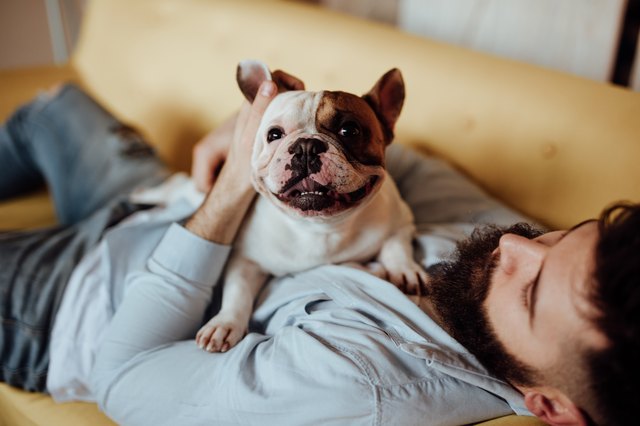 What happens in our brains when we pet a dog?

Dopamine: When we interact with dogs, our brain enjoys a rush of dopamine, the "feel-good chemical" that's also released when we have sex or eat delicious food.

Oxytocin: Looking into a dog's eyes also triggers a release of oxytocin, the same hormone that helps us bond with infants. This fact may explain how dogs became our companions in the first place: They tricked us with their huge, cute eyes.

Prolactin: There's also some evidence that our interactions with dogs trigger a release of a third hormone, prolactin, which is another "feel-good" hormone. Prolactin helps humans produce milk after childbirth and is also linked to sexual satisfaction. 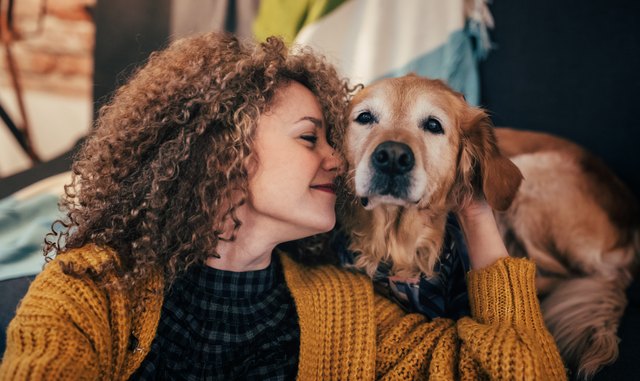 Dogs can help with depression and anxiety

People who suffer from depression or anxiety can greatly benefit from interacting with dogs. Therapy dogs have been shown to be beneficial to people with depression. However, a dog doesn't have to be specially trained in order to help ease the effects of depression. As we mentioned above, the mere act of petting a dog or gazing into its eyes releases the "feel-good" hormones oxytocin and dopamine. In addition, a dog can provide companionship, comfort and an established routine, all of which can be helpful in managing depression or anxiety.

The health and psychological benefits of bonding with a dog.

Even if you don't suffer from depression or anxiety, studies have shown that there are many benefits to dog ownership.

Physical benefits: Multiple studies have concluded that there are health benefits for people who interact regularly with pets, like improved chances of surviving a heart attack (for at least a year following the attack).

Several studies suggest that dog owners have lower blood pressure than non-dog owners. We don't know exactly why that is, but it may have something to do with an overall calming effect from dogs, in addition to dog owners probably getting more exercise than non-owners.

Studies have even shown that owning a dog can increase your lifespan. What else do we need to tell you? Go get a dog, already!

Psychological benefits: The American Psychological Association found that pets are good for the mental health of "everyday people," meaning people not otherwise affected by mental health disorders. (Again, this finding refers to all pets, not just dogs. But dogs are included, so they still get credit.) The APA found that pet owners had more self-esteem and felt less lonely than non-pet owners.

Even if you don't feel like it, you generally have to walk your dog every day, as any dog owner will tell you. Though this can sometimes feel annoying, more walking is beneficial to your overall health. Plus, the mere act of being outdoors means you're probably getting more vitamin D, which is vital for bone health, among other things. 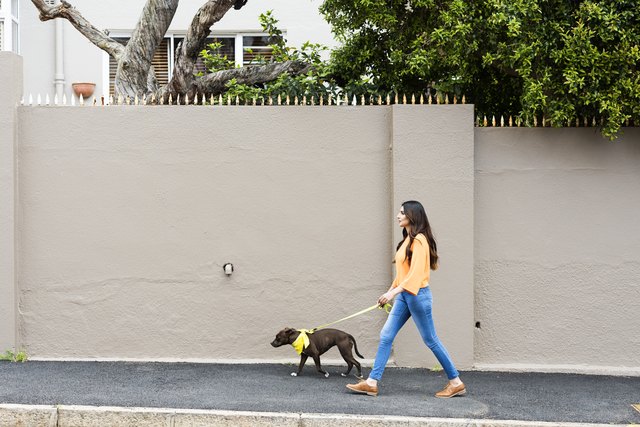 Health benefits of dogs for children.

Raising children with dogs is great for the children's emotional growth and development. Having a dog and a child (or children) obviously presents some challenges, so consider your decision carefully. A dog can provide many benefits to families with children. Daily walks help families get more exercise and spend time bonding. Psychologically, dogs provide children with a source of comfort and companionship. Dogs also give children an opportunity to learn to nurturing skills and give them a sense of responsibility. 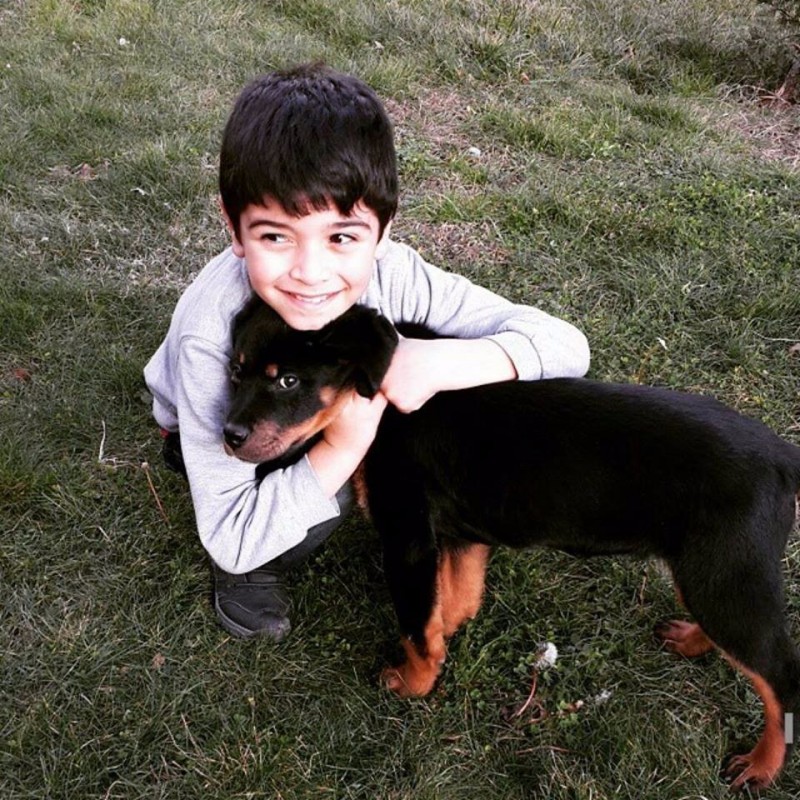 Additionally, pets can help ease loneliness and maintain a sense of routine. Pets also provide a sense of security and companionship. Dogs, specifically, require daily exercise, which is hugely beneficial to the health of seniors.

Benefits of dogs in the workplace

Studies show that pets relieve stress in the workplace (duh). We believe that this is because they raise our oxytocin levels and reduce levels of the "stress hormone" cortisol, which can run rampant at workplaces. They also increase productivity; a survey conducted in 2008 by the American Pet Products Manufacturers found that people who worked in pet-friendly offices were willing to work more hours and took fewer days off than employees who weren't allowed to bring pets to work.

Pets, in general, help reduce stress and provide many health and psychological benefits to their owners. Dogs, specifically, help with overall health by demanding a daily exercise routine, increasing their owners' physical activity and time spent outside. In short, get a pet. You'll live longer, and you'll be happier.

I enjoyed this article I am a senior and have 3 dogs all seniors as well. Have had one male Papillon Bailey for 15 yrs his wife for 14 yrsNevaeh she is long hair chiwa and one of there sons Bobby who is 9 1/5 yrs.They had 4 babies 3 boys one girl I gave the little girl away to a older lady that had lost her long time companion...and kept the 3 boys one passed this year the other was stolen 2yrs ago each incident vbroke our hearts and changed our life's and homes .Everyday my fur babies give me a reason in life and so much love I would be empty and lost without them.Not to mention holding or petting the always make me feel better.Now we added a new member to the family a little yellow tabby cat and come to find out he is the perfect addition for our home Glad to know people are starting to understand the fur babies are a large pleasant part of our lufe

As a devoted 'Nona' (grandmother) for my Grands + Business Exec, I am actively searching for '+ - 25 lb male with: very sweet disposition, long life-expextation, good energy, 'ready for long walks, hiking w Nona & Grands, + a 'Snuggle-Buddy for Nona.' Pls suggest more breeds than those recommended Above..