Big Questions Why Are Cats Afraid of Water? 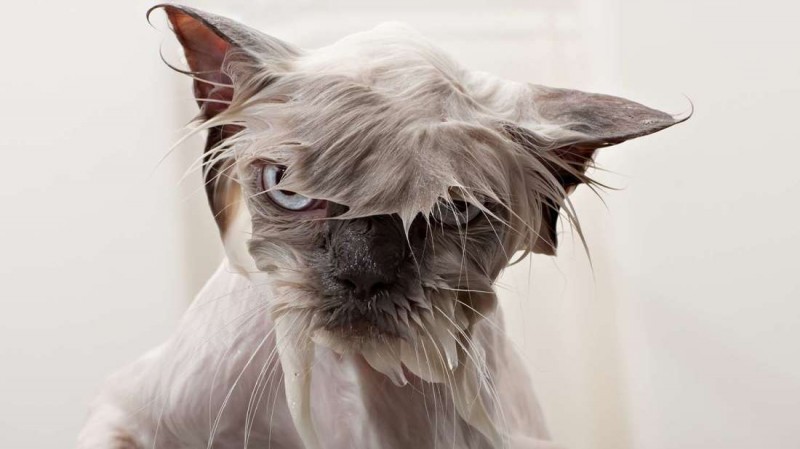 Cats are composed animals, rarely given to emotional outbursts. Get a cat wet, however, and you are likely to witness a total abandonment of any semblance of composure, with the feline going from docile to a windmill of claws, teeth, and flying fur.

According to John Bradshaw, Ph.D., the Foundation Director of the Anthrozoology Institute at the University of Bristol and the author of Cat Sense, there’s more to the phobia than just matted fur: Cats may have an ancestral fear of getting wet. “Domestic cats were descended from Arabian wild cats,” he says. “Their ancestors lived in an area with very few large bodies of water. They never had to learn how to swim. There was no advantage to it.”

A cat’s displeasure extends to the physical sensation of being doused. According to Shaw, an oily coat doesn’t shed water easily, making it hard for them to return to a dry, warm state quickly. Cats are also used to feeling nimble—in water, their motions become sluggish.

Not all species of cat avoid swimming, however. The van cats that live near the shore of Lake Van in Eastern Turkey are reared to dive in as kittens, with their mothers nudging them in. There’s also the paradoxical behavior of many cats who look at trickling faucets with what appears to be awe. Some dip a paw in the stream; others begin to drink from it.

But it’s not really the water that the cat is interested in. “That flickering pattern, the light coming off the water, is hard-wired into their brain as a potential sign of prey,” Bradshaw says. “It’s not because it’s wet. It’s because it moves and makes interesting noises. Something moving is a potential thing to eat.” As far as cats are concerned, a little water goes a long way.