Can Dogs Hold Their Breath?

Have you ever looked at your dog while he lays there, panting like he just ran a marathon, when really he's just been lounging around the house all day? And you found yourself spiraling into a question hole about dog respiration, and things like whether the top dog swimmers know to hold their breath underwater?

Just me? It can't be (you're here, after all). Here's everything you need to know about the burning question: Can dogs hold their breath? 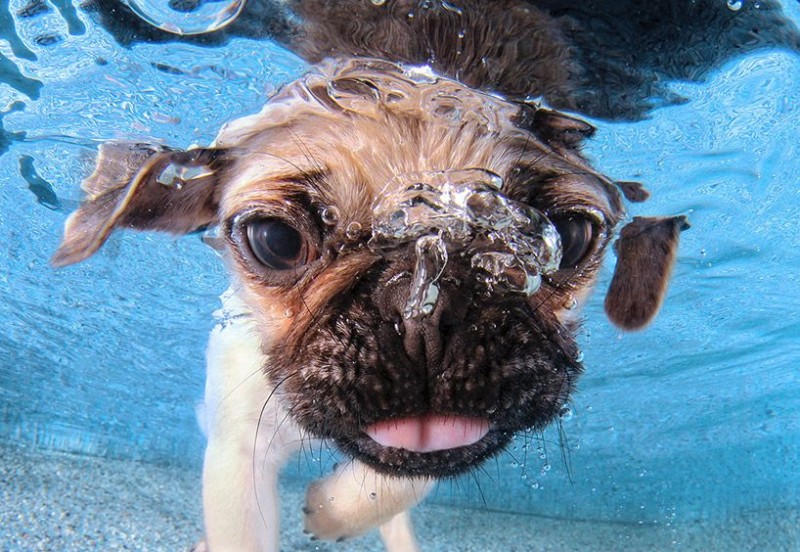 Can dogs hold their breath at all?

Can dogs consciously choose to hold their breath?

Since we know that dogs are capable of holding their breath, it's not a huge leap to think that they could control it. However, this theory is, unfortunately almost impossible to test scientifically. This is because there isn't really a way to get animals to, you know, hold their breath on cue. For this reason, studies on the subject don't really exist, so we don't have a definitive answer (yet?).

Do dogs know how to hold their breath underwater?

Since many dogs love to swim—and some breeds are actually made for it—it stands to reason that they would be able to hold their breath underwater, right? Otherwise, well, they would probably be much worse at swimming (or much better, if the dogs who survived to swim another day were only the ones who never dipped their heads below water ever).

Dogs, like other mammals, have a natural defense built in to help them hold their breath underwater. It's called the mammalian diving response and it overrides the mammal's most basic functions, like breathing. While the effect is studied the most in large aquatic mammals (like whales and walruses), it's seen in all vertebrates. 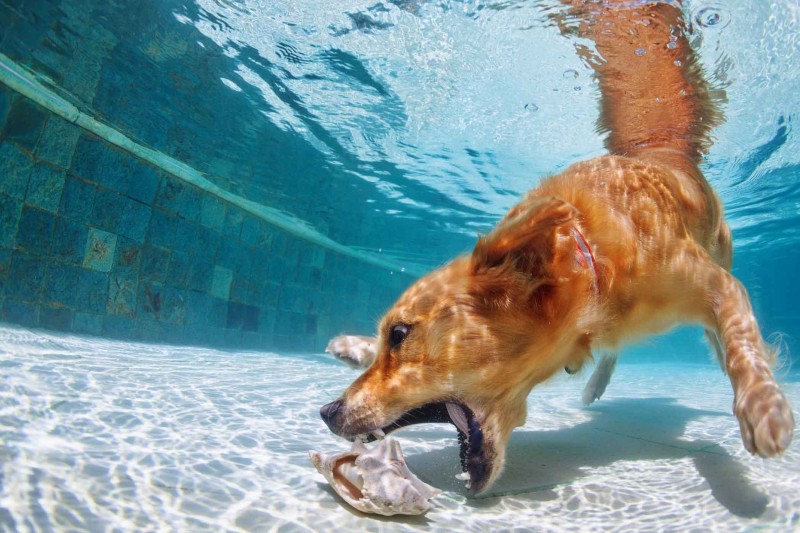 Here's how the mammalian diving response works: When the face is exposed to cold (you know, like by most water that you might fall into) three major changes in the body are triggered that allow the body to tolerate a lower level of oxygen. Those three changes are:

Because of the mammalian diving response, a dog (like other mammals) won't breathe underwater. The mammalian diving response is pretty amazing in that it overrides basic reflexes. However, does this mean that dogs know how to hold their breath underwater? It's probably not accurate to say that it's the same thing. Again, the subject isn't widely studied because of logistical considerations, so it's tough to come to a definitive answer.

Will dogs hold their breath if they're surrounded by smoke?

There have been studies that show that dogs experience apnea (they stop breathing—but not in like, a dead way) when they inhale smoke. So, if your dog were in a fire and surrounded by smoke, he would stop breathing in, at least momentarily. Unfortunately, the same study found that the pause in breathing was followed by hyperventilation—which would be very bad in a smoke-filled room.