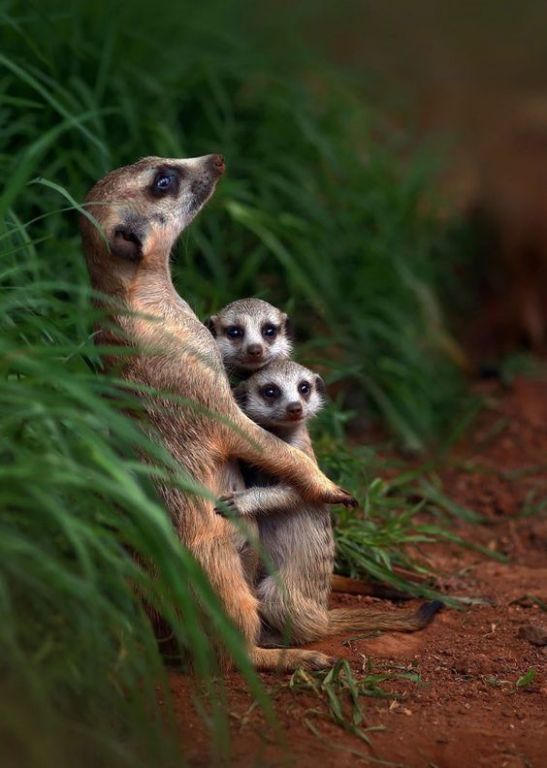 There are few animals on earth that work together as well as meerkats. These squirrel-sized members of the mongoose family live in groups of up to 40 years, and everyone in the mob participates in gathering food, watching for predators, and taking care of the babies.

Meerkats only go outside during the day. Every morning, when the sun rises, the mob shows up and looks for food. They use their keen sense of smell to find their favorite foods, including beetles, caterpillars, spiders and scorpions. They also eat small reptiles, birds, eggs, fruits and plants. Back in the pit, several babysitters stay behind to take care of newborn puppies. This duty turns to different members of the mob, and a babysitter often gets by without food all day. The main task of the babysitter is to protect puppies from meerkats in rival mobs that kill the babies if they can. While the rest of the mob is looking for food, one or more meerkats called guards will find a climax such as a termite mound and settle on their hind legs, searching the sky and desert for predators such as eagles, hawks, and birds of prey. perceives the danger, will utter a loud squeak and send the mob to cover.