If you put two dogs of almost any breed except the Rottweiler side by side, their general shape, or conformation, would be about the same. But if you put purebred "German" and "American" Rottweilers side by side, you might wonder which one was the impostor. On paper, the breed standards set out by the American Kennel Club and its German counterpart appear close, but in practice, different interpretations of the breed standards have produced markedly different-looking dogs. 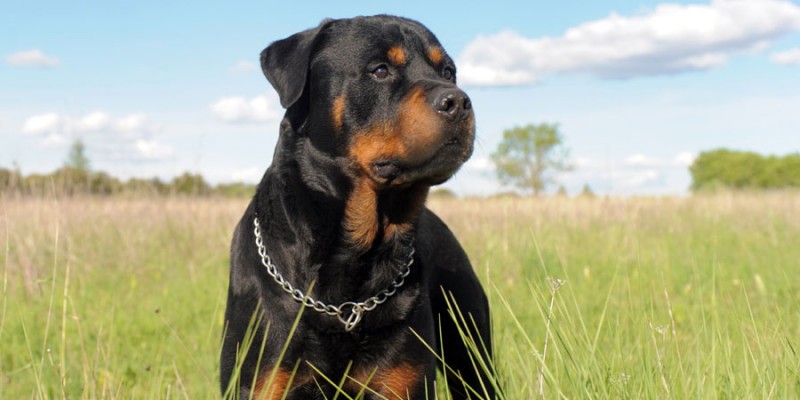 How the Rottweiler Got Its Name

When Roman legions set out to conquer Europe, their four-legged food supply had to march along with them. The job of keeping these cattle in line fell to muscular, mastiff-like dogs skilled in two areas: herding and guarding. Long after the Romans were deposed and forgotten in the country we now know as Germany, the descendants of their dogs remained, continuing to herd cattle and protect the homes of new masters. Around 700 A.D., after a local duke ordered a church to be constructed on the site of old Roman baths, excavations turned up the red-tiled ruins of Roman villas. From these ruins the city of Rottweil, which means red villa, and the local dogs, got its name. The Allgemeiner Deutscher Rottweiler Klub -- the General German Rottweiler Club -- was formed in 1921 and three years later published the breed standard still used today. 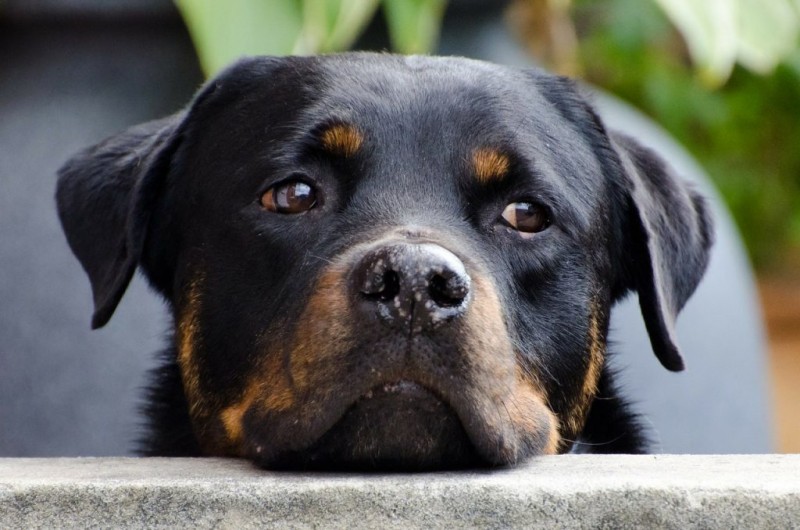 In the eyes of the American Kennel Club, puppies of all breeds qualify to be registered as purebred as long as both parents are registered purebreds; the AKC leaves management of breeding up to breeders. By contrast, the ADRK takes a much stricter supervisory role to ensure that all German Rottweilers conform to a uniform breed standard. Registration isn't an automatic process: young dogs are subjected to rigorous testing to make sure they meet the organization's standards in both body and temperament. They're carefully examined for physical and genetic flaws and measured to make sure all proportions are correct. To test reactions, dogs are confronted with simulations of threatening situations; excessive shyness or over-aggression are both grounds for disqualification. To be eligible to make puppies, dogs need to pass a second, even more demanding series of tests before their owners get the green light to breed. But even then, conditions will apply.

When people refer to "German" and "American" Rottweilers, they're not necessarily talking about the dogs' country of origin--although many U.S. breeders insist upon getting their dogs from Germany. The main point of contention involves different interpretations of the ideal angle of the zygomatic arch, the cheekbone that extends across the skull below the eye sockets. The zygomatic arch strongly influences the shape of a dog's face and muzzle. The ADRK's ideal calls for "pronounced" or steep zygomatic arches and a "well developed" nose "more broad than round." In terms of appearance, this translates to a face reminiscent of a mastiff's. Over time, though, a "dramatic negative shift in the zygomatic arch and muzzles" has gradually taken place in the U.S., writes Steve Wolfson, an American Rottweiler Club board member. A preference on the part of some breeders and show ring judges for shallower zygomatic arches has produced dogs with longer, narrower muzzles and head shapes more reminiscent of German shepherds than of mastiffs. 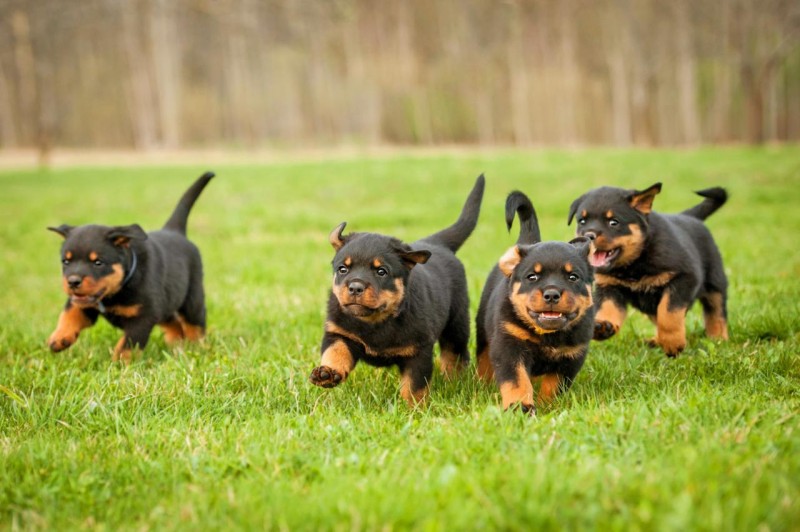 In 1999, Germany outlawed the practice of docking tails, so all Rottweilers there wag full ones, whereas in the United States, the AKC requires docked tails for show dogs.

American and German breed standards concur on height but the AKC doesn't specify a recommended weight. Critics charge that this has led to skinnier, lankier, less muscular American specimens compared to their heavier German counterparts.

In terms of temperament, the ADRK puts the emphasis on bringing out the homebody side of the Rottweiler's nature: "placid in basic disposition and fond of children, very devoted, obedient, biddable and eager to work." While the AKC values a "calm, confident and courageous" disposition, it has a greater tolerance for "an aggressive or belligerent attitude toward other dogs" in the show ring than the ADRK ever would, advising judges that Rottweilers "should not be faulted" for this.