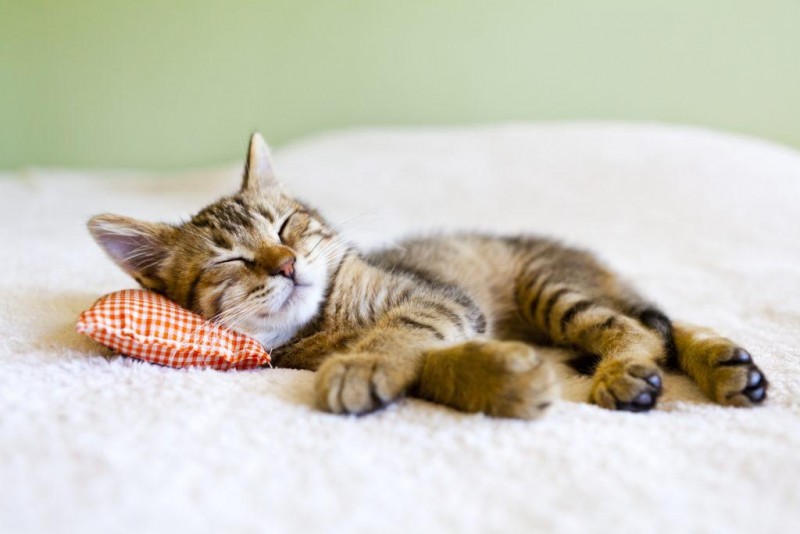 Have you ever watched your cat twitch in their sleep? If you've ever owned a cat, or been in the vicinity of one for more than 30 minutes, you probably have.

Cats sleep approximately 14-16 hours per day, so there is ample opportunity to observe them in this cute of state. If you've witnessed this adorable phenomenon, you've probably wondered: does all this twitching mean that cats dream?

Yes, they do! Humans aren't the only animals that dream, after all.

What do cats dream about?

Just like humans and all other mammals, cats' sleep cycle includes Rapid Eye Movement (REM), the state in which dreams occur. Scientists theorize that, also like humans, cats' dreams consist of activities that occur in their daily life: hunting, playing, and so forth.

In a 1965 study, scientists Michel Jouvet and J F Delorme found that removing a part of the brainstem called the pons from a cat's brain prevented the cat from becoming paralyzed during REM sleep. Instead of lying still or maybe twitching a little, the cats lacking this part of the brainstem walked around and behaved aggressively during sleep. This was an interesting discovery because it suggested that the cats were dreaming about activities from their waking hours. Like us, it seems that cats dream about what they know. 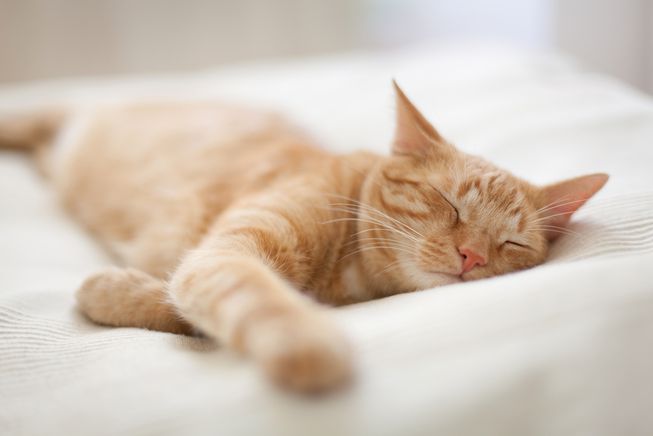 Do cats dream about us?

Based on the research above, it seems likely that cats do dream about us, but we don't have a way to prove this theory definitively. Unfortunately, there is little research into the subject.

Scientists believe that cats dream about the things that happen regularly in their waking lives. Since we humans are a big part of their waking lives, it's probably safe to assume that we make it into their dreams at least once in a while.

Do cats dream in color?

We're still not totally sure what colors cats can see during waking hours. Some scientists think that cats see only in blue and gray. Other scientists believe that cats can also perceive yellow. In either case, we know that cats cannot perceive color as vibrantly as humans can. That's because human eyes have about 10 times more cones, the light receptors in our retinas that help us see color, than cats do.

Although there is little research in this area, it's likely that cats dream in whatever colors they can see in their waking life. In all likelihood, their dreams are not black and white, but instead reflect the muted colors they see every day. 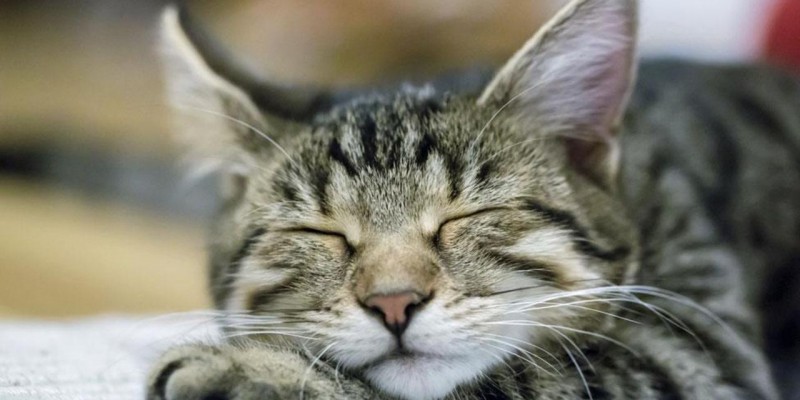 Do cats have nightmares?

Since cats probably dream about experiences they've had in their waking lives, it's likely that unpleasant dreams sometimes make their way into our poor kitties' sleeping brains. We don't have hard evidence of cat nightmares, but many cat owners report that their cats seem to experience them, sometimes waking up hissing or looking startled.

Should I wake up my cat from a nightmare?

It feels counterintuitive, but no, you should not wake your cat up from a nightmare. Dreams — including bad ones — are a natural part of a cat's sleep cycle.

Just as you shouldn't wake a dog up from a nightmare, it's best to let sleeping cats lie. Waking a cat mid-nightmare interrupts the REM stage of their sleep. Cats need to complete their sleep cycle in order to be properly rested (just like us).

It's hard to just stand by as your cat has a bad dream, but remember that too many interruptions can be seriously detrimental to their sleep. Additionally, consider your own safety in the matter. Waking a cat from a nightmare can be a dangerous proposition, as the cat might still be feeling scared or aggressive! 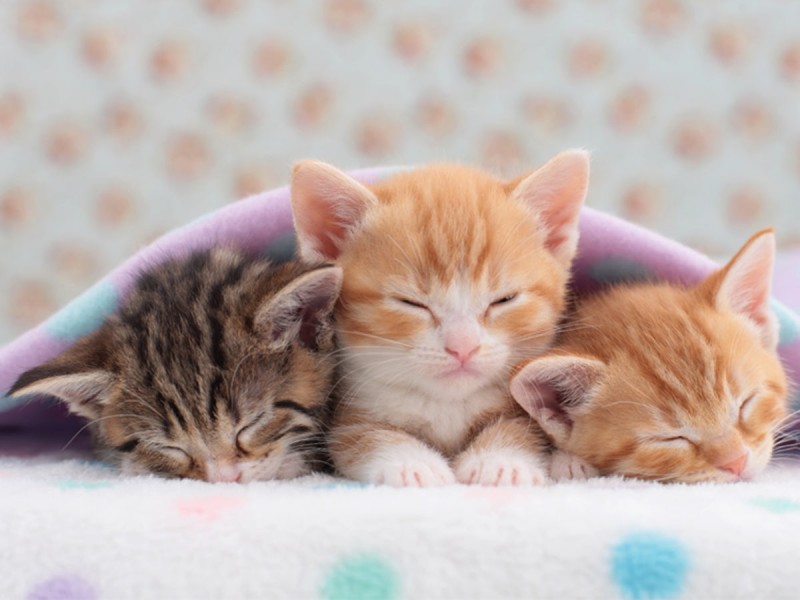 Cats do dream, and it's very cute. Like all mammals, cats experience Rapid Eye Movement (REM) sleep. It's during REM sleep that dreams occur.

Although we don't have definitive proof about what cats see in their dreams, studies suggest that they dream about the activities from their daily lives, like playing with toys or hunting prey. Since humans are a big part of domestic cats' lives, it's likely that we make at least an occasional appearance in our cats' dreams! But don't ask your cat, she'll deny it.