Do Cats Only Love Us Because We Feed Them? 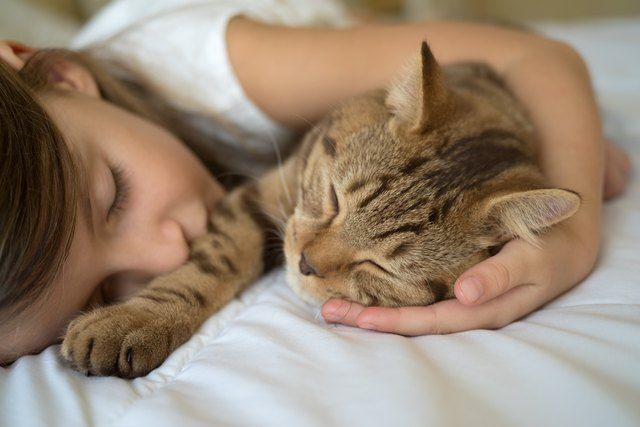 Of course cats love us because we feed them. But they don't love us just because we feed them. Cats are very capable of obtaining their own meals. After all, as we cat lovers know, they even try to feed us sometimes. Who hasn't overcome disgust to praise the kitty when she drops a small dead creature at our feet?

Cats show they care in different and far more subtle ways than dogs. Because of these differences and subtleties, some people say that cats do not show affection. But ask them what kind of pet they have. Chances are they have a dog or no pet at all.

Incidentally, no pet at all is a red flag. Proceed with caution. But back to our cats.

How do cats show affection?

The most common mistake people make is comparing cat behavior to dog behavior. Apples and oranges. No, apples and semitrucks. They could not be more different. 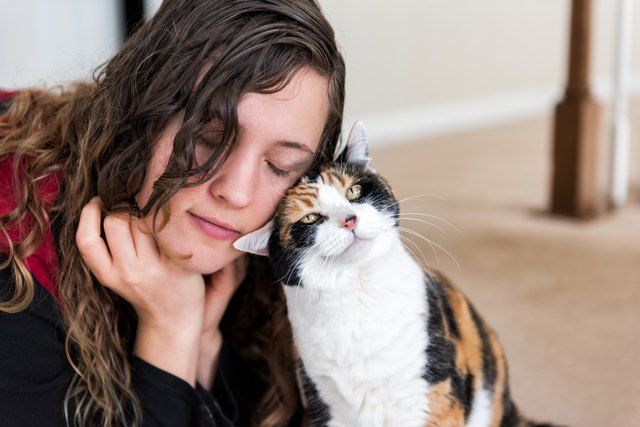 Dogs show affection by wagging their tails and dancing around ecstatically when you return from a five minute absence. Cats show affection with eye contact, slow blinks, purring, and rubbing up against you.

Cat lovers know that calm, studied look of love and … wait for it … the soft, slow blinks that some call cat kisses. Think about it. If you didn't like someone would you maintain steady, gentle eye contact with them? Of course not. Sustained eye contact invites interaction. Not something you want with someone you don't care for.

Cats have excellent communication skills. You just have to learn their language. Understated and at times complex combinations of behaviors are their way of showing us that they love and trust us.

Scientific evidence that cats love us

In a research study conducted at Oregon State University, over half of the cats involved in the project chose human company above toys, food or intriguing smells (gerbils and catnip). Eleven percent of the cats studied went for the toy. Thirty-seven percent were just interested in chowing down. A whopping 52 percent wanted to hang out with a human above all else.

Ainsworth Strange Situation Tests done on cats showed that they clearly preferred their owners over someone they did not know. These tests were based on a procedure that was designed in the 1970s by Mary Ainsworth, a developmental psychologist. She wanted to observe attachments between children and their caretakers. 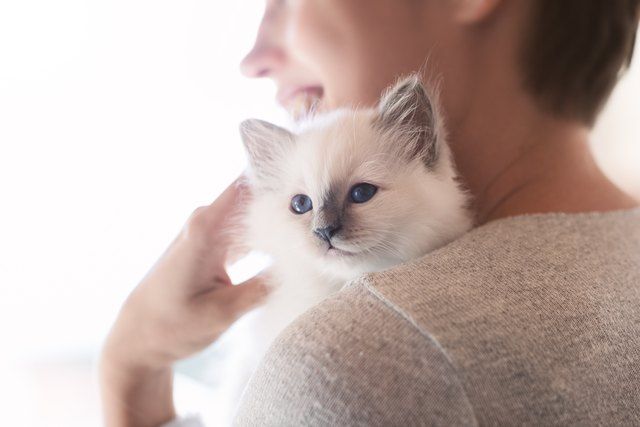 What the cynics say

A more cynical viewpoint of cat behavior comes from a study done by Lincoln University in the U.K. Researchers there concluded that cats do not look to their owners for safety or security like dogs do. They're more independent. Tell cat owners something they don't know, right?

Some say that a cat rubbing on you is more a display of ownership than affection. One instinctive cat behavior is territory marking. When a cat rubs on you the scent glands in his cheeks release pheromones that tell other cats, "Off limits. This human is mine."

When our cat brings us a dead or the dreaded half-dead mouse or bird, we like to think of it as our kitty bringing us a present. Others think this behavior implies that our cat thinks we're too weak or too dumb to do our own hunting. Whatever. Even if the latter explanation is correct, it still shows our cat loves us, doesn't it? 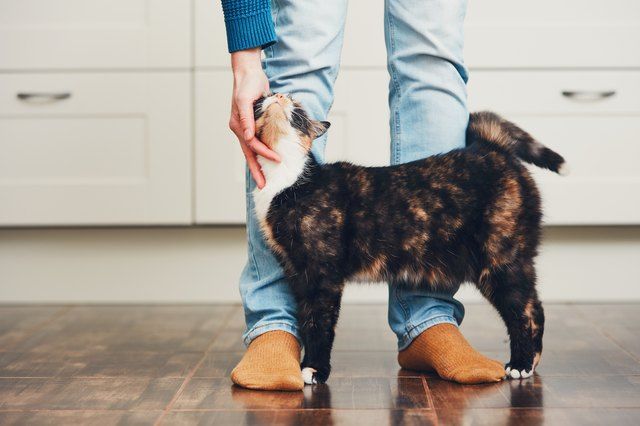 The bottom line on cat love

The way cats behave is closer to their wild ancestors than dogs. Dogs were first domesticated between 20,000 to 40,000 years ago. Cats have only cohabited with humans for about 9,000 years. While many a dog would not be able to survive without us, most cats could.

Given the relatively short period of time cats and humans have shared living space, it's easy to see why cat behaviors are more aligned with their instincts than their desire to please us. But this doesn't mean they're entirely self-serving. While cats may prefer to interact with us, they don't rely on us the way dogs do. Cats choose to be with us. What better an expression of love is there than that?