Do Cats Recognize Other Cats? 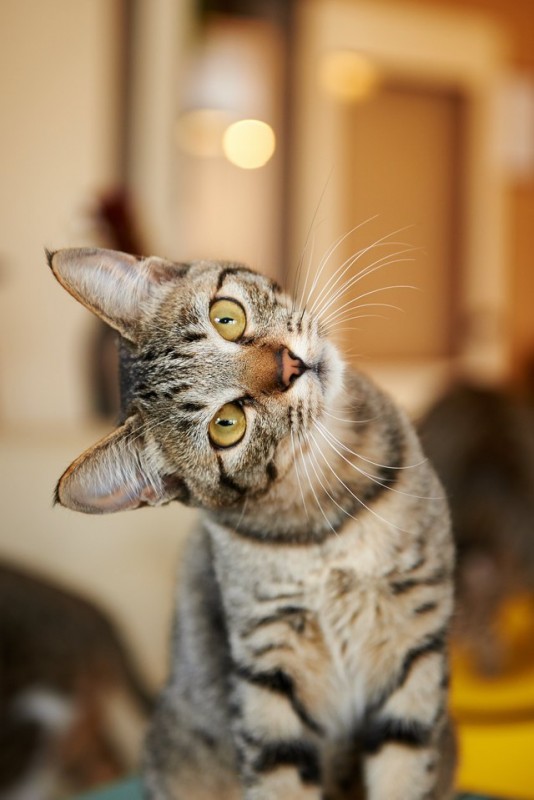 Cats are very intelligent animals, but they see and understand the world very differently than we do. They also experience the world much differently than dogs do. And this extends all the way to the methods they use to experience and recognize everything around them, including other cats. And we don't really understand much about that. We have a few guesses, but bottom line: we don't know for sure whether cats recognize other cats vs. other animals, or if all the world is feline to our kitty friends.

Are there any clues in our cats' behavior?

The best way for us to understand whether cats can recognize the difference between another cat and, say, a human is by observing their behavior. But unlike dogs, cats make our attempts to draw conclusions from their actions much more difficult. Whether they are interacting with another cat or interacting with their human, cats don't change their behavior much. Cats often treat their humans the way they might treat their mother, as if we are just a big, caring fellow cat in their lives.

Does this definitively determine that cats can't tell the difference between a human and a cat? Of course not. But it's hard to say just from their behavior whether or not a cat is picking up on the differences and choosing not to change its behavior, or if it truly isn't sure of the difference. 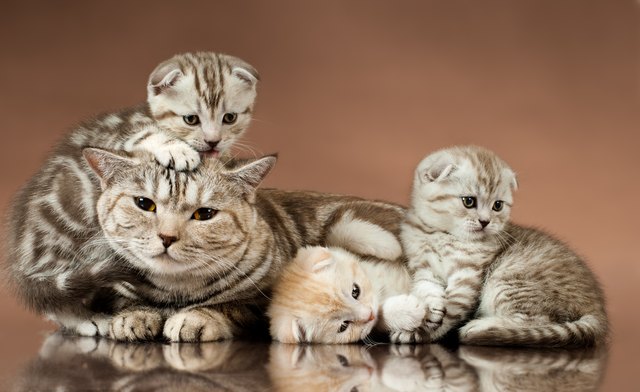 How do cats' senses factor in?

When we walk into a room that contains a dog, a cat, and another human, our eyes are the first thing that give away that we're looking at 3 very distinct species. Cats don't use their eyes for identification in the same way. Instead, they typically use their noses to make identifications. And because the environment influences smell so much, it can make it hard for cats to make certain distinctions.

A mama cat will know her kittens by their unique smell at birth, and she will obviously care for and protect them. However, after her kittens are weaned and gone from her – perhaps because they were adopted by other humans – she might not recognize them. Once a kitten's environment has changed significantly, their smell has changed as well, so they're no longer identifiable, even by their mother.

Feline smell is such a specialized sense, and there isn't a lot of research we can do to understand it better. Even if a mama cat doesn't recognize her specific kitten, does she know that it's a cat just by its smell? We don't have the answers to those questions yet.

Scientists also believe that cats can employ what's called phenotype matching. If they learn from an early age to recognize a certain smell as a family smell, they may be able to sense kin, even if they've never met. Scientists still don't understand much about phenotype matching. We don't know whether the matching comes because a cat can smell something about itself that it recognizes in another? Or is there something imprinted in the cat at birth that leaves it with a sense of other cats that might be related to it.

However, even though cats seem to possess these phenotype matching abilities, it doesn't seem to change their behavior markedly enough to give us a clear idea of how much they recognize other cats. 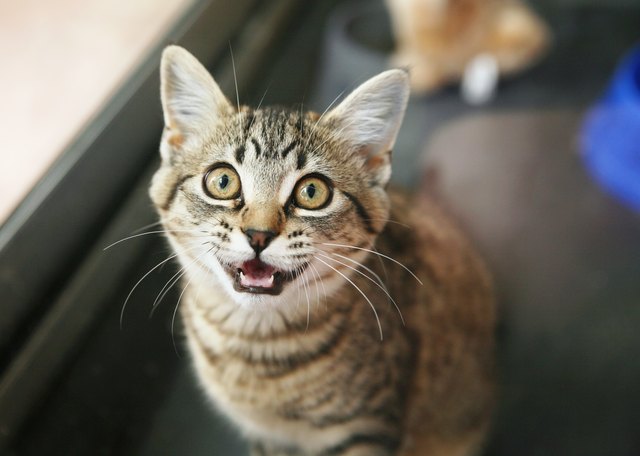 A study published in _Developmental Psychobiology_ suggests that cats recognize the voices of their mothers. So while cats seem to quickly lose any recognition for the scents of their close relations, they may not lose the memory of their voice quite as quickly.

The study played recordings of a feline's mother over a loudspeaker, as well as the voices of several other cats. Scientists noticed that cats seemed more engaged and approached the speaker more quickly when they heard their mother's voice.

However, this was one of the few studies that recorded what they would argue was a cat "recognizing" something, and the behavior was so subtle that it speaks to how tough it can be to determine anything about what's going on inside a kitty's head. Scientists described that the cats seemed to listen more intently when they heard their mother's voice. They also approached speaker more quickly, and seemed to lurk by the speaker for a longer period.

While we'd love to say that more research will eventually clear up this conundrum and definitively prove whether cats can recognize other cats, we're not sure that's true. Felines are so mysterious, particular, and headstrong, we're not sure they'll ever let us into their heads enough to totally understand. And that's fine. One of the reasons we love cats so much is because of their stubborn, independent side. They do seem to be able to recognize a good snuggle. And that's really all we need, isn't it?