Do Dogs Know When They're Being Annoying? 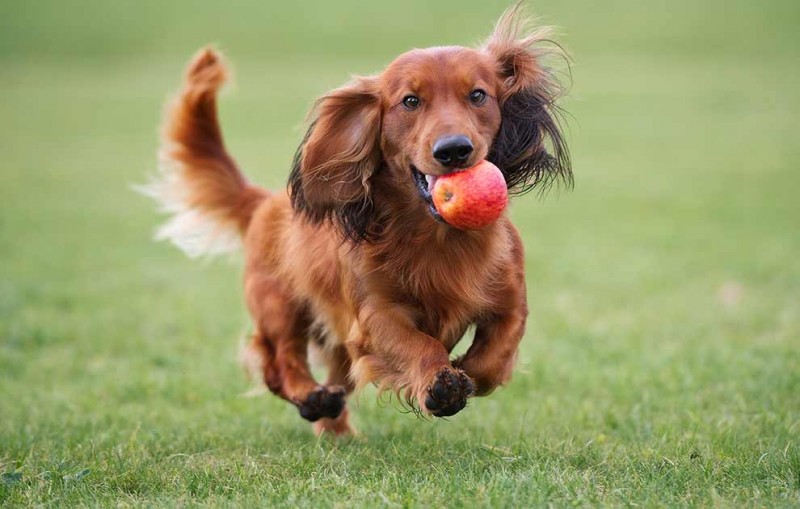 Dogs are amazing and perfect and wonderful and, sometimes—just sometimes—annoying. It's okay. You can love something unconditionally and still be annoyed and frustrated beyond reason by it at times. Just ask any parents or partner, sibling, or, you know, human who has ever interacted with another human at all.

Being annoyed by your pet doesn't make you a bad parent, and being annoying doesn't make your dog a bad dog. It just makes you both normal members of your respective species. So, congratulations! You're normal! (I mean, in this very specific way at least.)

But here's the question that still plagues frustrated, incessantly pawed-at pet parents the world over: Does my dog know he's being annoying? Is he annoying me on purpose just to get his way or to get a rise out of me, or to be a jerk for no reason?

Here's what science has to say.

Do dogs have self-awareness?

The answer here is: Probably. In the past, dogs were not believed to have self-awareness, mostly because they failed to pass the standard test for self-awareness in living things, the mirror test developed by Gordon Gallup, Jr. in 1970. The mirror test works like this: The animal being studied is marked with a non-harmful dye on their face and then put in front of a mirror. According to the theory behind the test, if the animal is self-aware, he or she will be curious about the mark and will touch it on their own body or move themselves to try to examine it. This would indicate that they realize the image in the mirror is actually them and not just another dog, cat, etc.

Dogs have consistently failed the mirror test, which should surprise exactly no one who owns dogs. However, in recent years, some forward-thinking scientists have hypothesized that the mirror test just isn't a good way to measure self-awareness in dogs. Why? Well, the mirror test was developed by a human, who approached self-awareness from a very human point-of-view. We're visual creatures. We experience the world and take in information primarily through sight, which is why Gallup Jr. and co. turned to the mirror as a test for awareness. Dogs, however, don't experience the world primarily through sight; their dominant sense is smell.

So, approaching the self-awareness issue from a dog's perspective, Roberto Cazzolla Gatti, a researcher at Tomsk State University in Russia, hypothesized that scent might be the best way to test the possibility of self-awareness in dogs. As a result, he developed the sniff test of self-recognition, which dogs have performed much better on.

"We would never expect that a mole or a bat can recognize themselves in a mirror, but now we have strong empirical evidences to suggest that if species other than primates are tested on chemical or auditory perception base we could get really unexpected results," Cazzolla Gatti wrote in his paper on the subject. 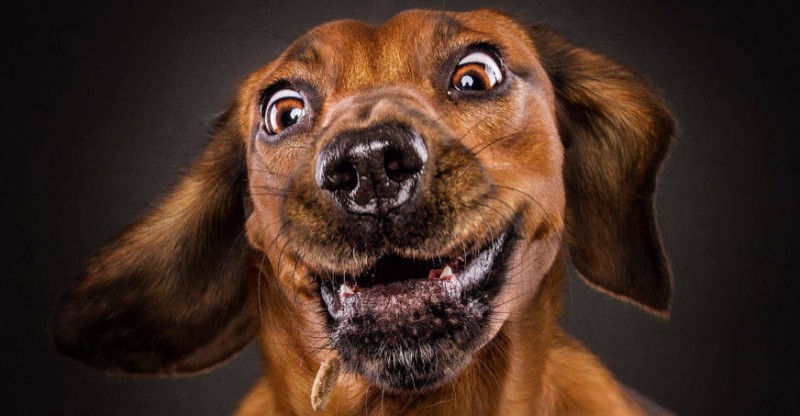 Here's how the sniff test works, in a nutshell: Researchers fill three metal canisters with liquid. One can is full of plain water (that acts as a control), one can is filled with the dog's own urine, and the third is filled with a modified version of the dog's urine (so his pee plus something else that alters the smell). The theory behind the sniff test is that, if dogs have an awareness of the idea of self, they would be more interested in their pee plus something else. This is the olfactory version of the mirror test. You present the dog with an "image" of themselves that has been altered and see if they decide to investigate. In the mirror test, the alteration is the dye mark and investigation would take the form of interest in the mark when they see it. In the sniff test, the alteration is the new smell added to their pee and investigation is measured in time spent sniffing. Dogs overwhelmingly show the most interest in their pee plus another smell, even when the sniff test is modified to include a fourth can that might be full of another dog's pee or of just the smell that was added to the tested dog's urine. They are always most curious about the modified version of their own scent.

In 2017, a new study from researchers in the Department of Psychology of the Barnard College and published in the journal Behavioural Processes put the sniff test to the actual test and the results strongly that dogs do possess self-awareness.

Dr. Alexandra Horowitz, the lead researcher on the study, wrote, "While domestic dogs, Canis familiaris, have been found to be skillful at social cognitive tasks and even some meta-cognitive tasks, they have not passed the test of mirror self-recognition (MSR)."

In summary: Dogs probably do have self-awareness, but it has to be measured in ways that make sense for a dog—i.e. by testing it with smell, dogs' most prominent sense, and not sight.

Here's one that gets a definite yes: Dogs do understand how we're feeling—to a degree, at least. In a 2016 study from Dr. Kun Guo and other researchers from the University of Lincoln's School of Psychology, dogs' ability to read human emotion was tested by exposing dogs to emotional sounds and faces from humans. The study was conducted in a language the dogs had not been exposed to, just to make sure they were reacting to the emotional sound of the words and not the words themselves.

"We used Portuguese to British dogs so they weren't habituated with any words, they weren't familiar with any words. So, we wanted to see if the dogs could assess the emotional content of the human voices and whether they would actually discriminate the emotional information within them," Natalia De Souza Albuquerque, a PhD student in experimental psychology told Reuters.

Meaning: Dogs have a way of categorizing emotional states. They know that there are positive and negative feelings and they know how these are expressed through body language and speech and facial expressions. This is a big deal because it's a cognitive ability that researchers had previously only seen in primates. Researchers think it's something that's inherent to dogs, not something they've learned from their years of living with humans. In fact, they think that this natural ability is probably part of what helped dogs integrate so well into human society. 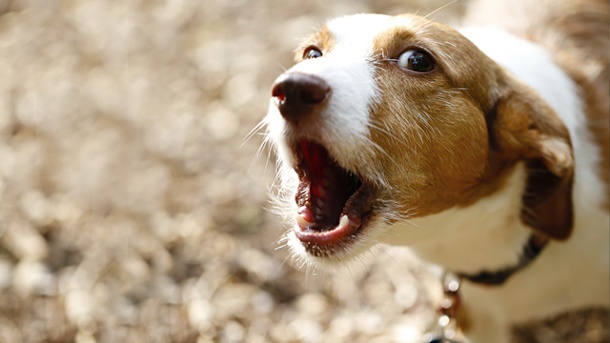 Do dogs actually react to our emotions?

Yes again! In a 2018 study from researchers at the University of Bari Aldo Moro in Italy, dogs were shown to react to the emotional state of people they were exposed to. Researchers found that the dogs' heartbeats increased when they saw photos of people with "aroused" emotions—anger, fear or happiness, specifically. The dogs, who were being fed during the study, also took longer to start eating again after seeing humans who seemed worked up, be it in a positive or negative way.

"Clearly arousing, negative emotions seem to be processed by the right hemisphere of a dog's brain, and more positive emotions by the left side," Marcello Siniscalchi from the Department of Veterinary Medicine at University of Bari Aldo Moro in Italy wrote in a press release about the study.

So, do dogs annoy us on purpose?

This one is a little more complicated. Dogs probably dog the thing that is annoying you on purpose, but they don't do it to annoy you specifically. Whatever it is that your dog does that annoys you—pawing incessantly, scratching at the door, whining pathetically, etc.—he does it because he wants something from you. Maybe that's something totally necessary, like a trip out to potty or more water in his bowl, but a lot of times it's probably just attention. Dogs are social creatures, and they love and crave attention. To a dog, negative attention (like you snapping "stop that!" or pushing him gently away) is better than no attention. So, in this sense, yes, your dog is absolutely trying to get a rise out of you, but the end goal is to get you to react to him, not to cause you emotional distress.

Before you roll your eyes at your needy dog, know that humans annoy each other for basically the same reason dogs annoy humans: It commands attention and fosters intimacy. We humans tease each other about things all the time and this playful, "annoying" behavior is actually a way that we bond.

"Analysis reveals that tease sequences unfold across three actions that constitute the tease as an invitation to intimacy: a teasable action on the part of the target, the tease proper and a moment of interactionally generated affiliation," authors of a 2017 study on teasing as a way of building an initial bond wrote.

In other words: We pester and annoy each other too. We enjoy being the botherer and even when we're the bothered one, the interaction can actually bring us closer together. This also applies to dogs, as anyone who has ever sighed in annoyance at their dog's pestering pawing and then smiled and laughed and felt deeply loved as a result of the "annoying" behavior can attest.