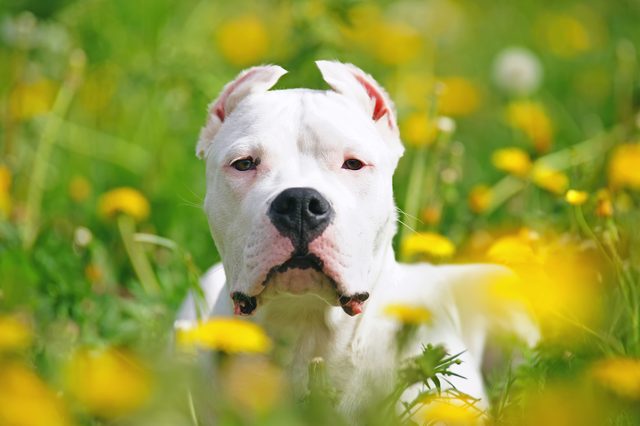 Do you think "Rocky" is the perfect name for a dog? If so, you should consider adopting a Dogo Argentino. These dogs have large muscular bodies and look like they'd dominate in the ring.

Despite their muscles, these dogs are playful and make great family pets. Check out these additional facts about Dogo Argentinos, quite possibly your next pet!

This pack-hunting dog is large-bodied and quite muscular. Males are 24-27 inches and females are 23.5-26 inches. Males and females are both 80-100 pounds. Dogo Argentinos are generally healthy although 10 percent of dogs in this breed are born deaf. Their life expectancy is 10-12 years and they have an average litter size of 4-8 puppies. 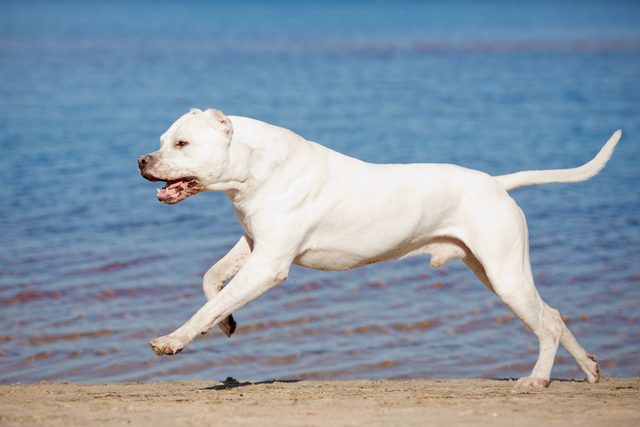 The Dogo Argentino, also known as the Argentinian mastiff, was developed in Argentina by Dr. Antonio Nores Martinez and his brother Agustin in the 1920s. The dog was developed to be a big game hunter and guardian.

The breed, unfortunately, got a bad name when it was used in Great Britain in dog fights. The breed was actually banned in England in 1991 which is quite unfortunate. These dogs, like all dogs, are products of how they are raised and trained by their owners.

In 1964 the Dogo Argentino was recognized as an official dog breed by the Argentina Rural Society. The breed was recognized by the Argentina Kennel Club in 1973. It wasn't until 1985 that the Dogo Argentino Club of America was formed and the American Kennel Club allowed the breed into the miscellaneous class, the final step before fully recognizing the breed. Almost there! 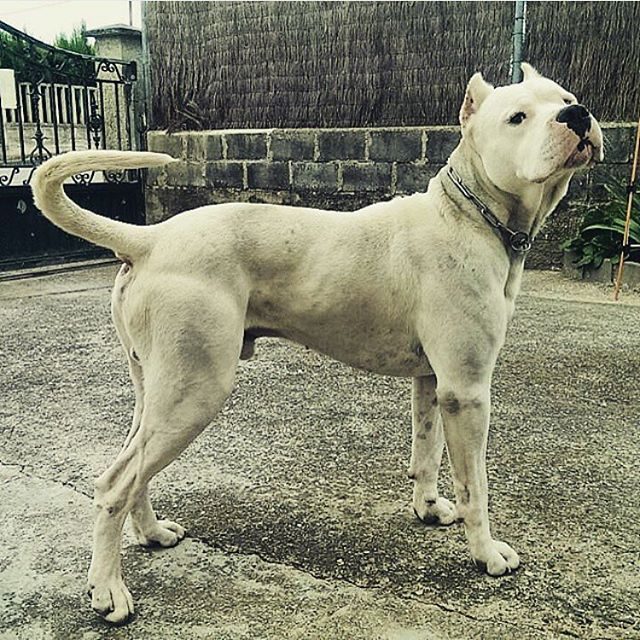 Dogo Argentinos are fiercely loyal to their owners and can be aggressive to any outside threat. They will bark when necessary or when they feel challenged. Dogs of this breed make great guard dogs and are very friendly with children. Owners must show consistent leadership and train the dogs early with loving but firm authority. Always make sure this dog knows you are the pack leader. Argentinos require early socialization with other dogs and pets.

This breed is intelligent, playful, courageous, and active, and they require lots of yard space to run around and play as well as toys and activities for mental stimulation. Dogos Argentinos possess the strength, intelligence, and reflexes of serious athletes. 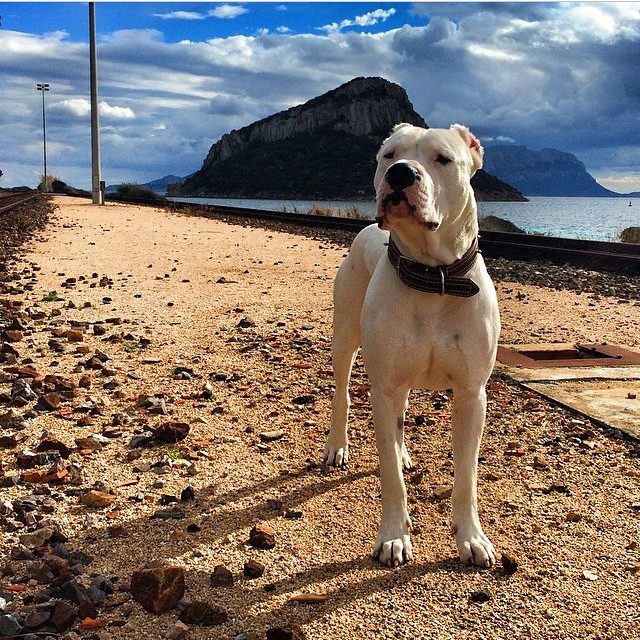 Most blatantly known for his white coat, the Dogo Argentino's other prominent features are his muscular build and pronounced features. The white coat is short, plain, and smooth. Some Dogos have a black patch around the eye but this can not precede 10 percent of their head.

Grooming is quite simple for the Dogo Argentino mostly due to its short coat. These dogs require bathing every three months. Nail trimming, ear checking and teeth brushing should be performed more regularly, however, about every 1-2 weeks.