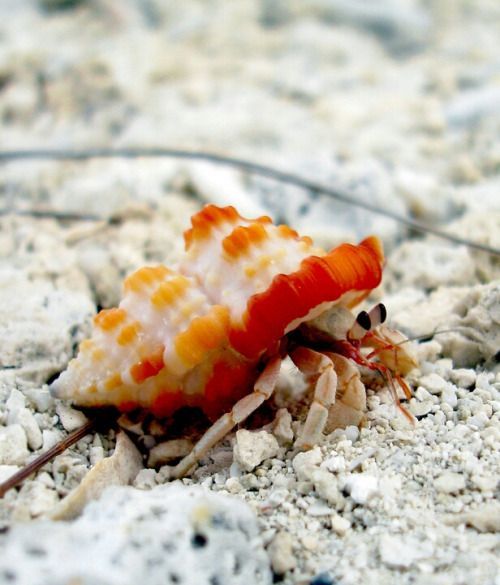 Hermit crabs are crustaceans of the superfamily Paguroidea, which are not closely related to real crabs.

Most hermit crabs harbor empty shells to protect their soft belly, from which they derive the name "hermit". There are about five hundred known species of hermit crabs in the world, most of which are aquatic.

Hermit crabs live in a range of depths, from shallow coral reefs and shorelines to deep ground, though some species live on Earth.

A number of species, especially king crabs, have left shells for a free-living life. These species have similar shapes to real crabs and are referred to as "carcinogenic hermit crabs". Hermit crabs live in the wild in colonies of 100 or more and do not thrive in lesser numbers.