How Do Dogs Say Thank You?

Humans have a lot of ways of showing gratitude. We hug each other. We smile. We say "thanks, man." We send handwritten thank-you cards. We do lots of things.

But what about dogs? How do they show their thanks? Is it through big doe-like eyes? Wet smoochy kisses? All of the above? Here's what science has to say about dogs giving thanks.

You do something really nice for your dog—like take him to his favorite park for a sniff-splosion day or buy him a tasty-but-overpriced treat for a special occasion. He has all kinds of fun, of course. He loves the park/treat/other nice thing you've done for him. But does he think, "THANKS, mom"? 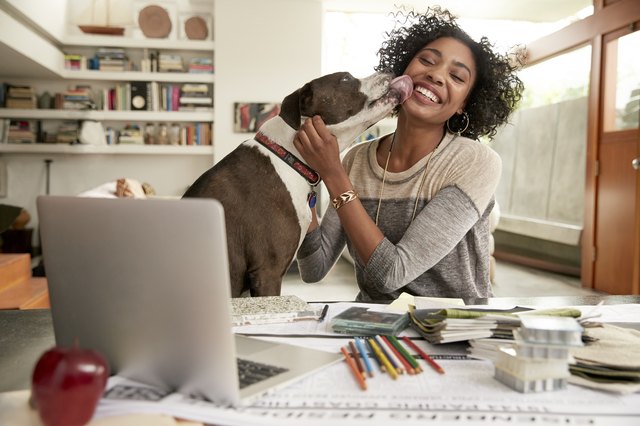 Very possibly. The key to understanding gratitude is empathy—we can't feel thankful for something if we can't put ourselves in the shoes of the person giving the gift/making the sacrifice/doing the nice thing for us. Without empathy, the good feelings associated with being on the receiving end of good things is just happiness (which is also great, of course), not gratitude.

A study from researchers at the University of Vienna showed that dogs are capable of understanding and responding to human emotions—the key skills involved in empathy. In the study, dogs were put in a room with their owners and the owners wore headphones and read books, basically ignoring the dogs. Speakers were set up around the room that played sounds of dogs being happy or sad (playfully barking or whining), humans being happy or sad (laughing or crying), and neutral sounds (like rainfall or people speaking in non-emotional tones). 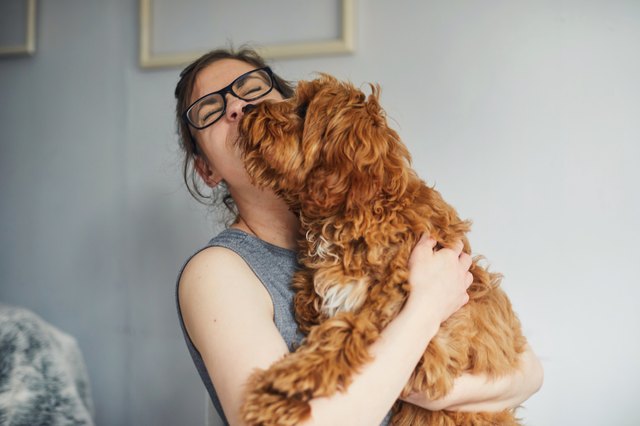 The results? Dogs paid more attention to the speakers when the content being played was emotional (either from a human or another dog). What's more, the dogs were more likely to freeze when they heard negative emotional sounds (like the whining dog or the crying human), which showed that they understood the difference between happiness and distress. The fact that dogs display empathetic tendencies suggests that gratitude is within their realm of capability

How do dogs express gratitude?

World-famous dog trainer Caesar Milan tackled this topic in a post on his website, explaining that the excited response we see when we come home isn't gratitude. Dogs show their thanks in quieter moments, according to Milan.

"Our dogs express their gratitude to us whenever they look into our eyes and take comfort in our calm, assertive leadership," he wrote. "They don't say it in words, but they express it with their energy, a wag of the tail, and maybe a smile: 'I'm thankful that you're here, and happy to just be in this moment with you.' And if you ever want to see true gratitude from a dog, rescue one from a shelter."
Can other animals express gratitude? 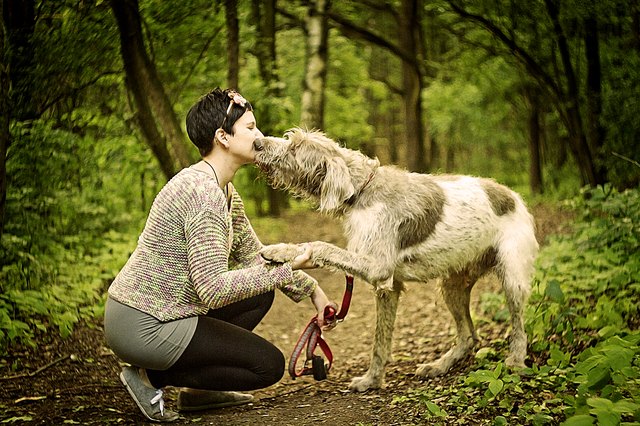 So is gratitude something that's unique to humans and doggos? Or is it seen across the animal kingdom? Research shows that several animals are capable of something we would identify as gratitude. A Scientific American article on the subject relayed a story about two chimps who were locked out of their shelter during a storm and who stopped to hug the human who opened the door to let them back in, for example.

Animals don't just show gratitude to humans, however. Impala (large antelopes native to Africa) groom each other and engage in unsolicited grooming of one another. After the first Impala engages in grooming, the second will return the favor and groom the first for an equivalent amount of time. This behavior suggests that the animals have a concept of fairness and reciprocity and that they appreciate the help they've received and want to pay back the helper.