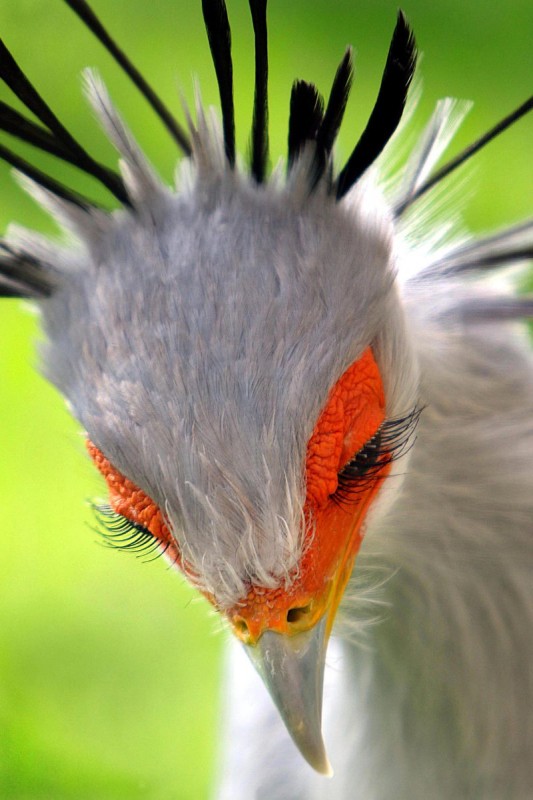 The Secretary bird is a bird of prey, but unlike other raptors it has long legs, wings and a tail. The single species of its family, the bird gets its name from its crest of long feathers that look like the quill pens 19th century office workers used to tuck behind their ears. The bird is basically dove-grey in color, with black on the wings, thighs and elongated central tail feathers. The short, down-curved bill is backed by an area of bare, red and yellow skin. In addition, the long legs are feathered half way and have the appearance of breeches. The face is bare and the tail feathers are long and shaggy. Standing up to 4ft tall. It's tail has two black central streamers. Its most distinctive feature are the 20 black crest feathers, resembling quill pens stuck behind it's (invisible) ears. The head of the Secretary Bird (with it's yellowish bare patch) and shape of the beak are very similar to those of the caracara. They also have a very long eyelashes.