What's The Best Cat Litter For Your Lifestyle? 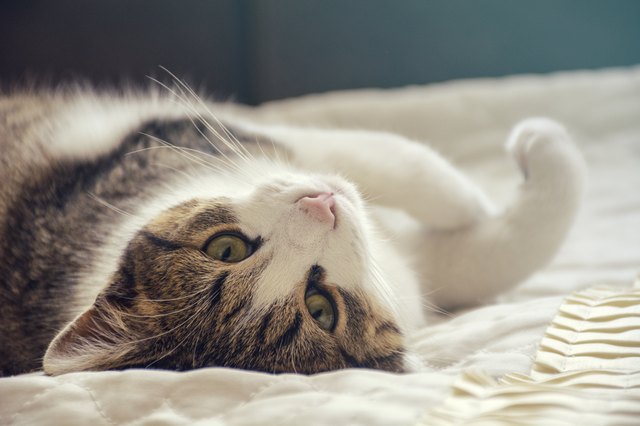 With so many types of kitty litter on the market, picking one can make your head spin. Cats were originally desert dwelling animals that buried their waste in the sand, and consequently, most cats like litter that has small particles and is odor-free. But each cat's preferences may vary, and different lifestyles require different types of litter. So we're going to break down four different types of kitty litters —non-clumping clay, clumping clay, silica crystals, and natural—and explain the pros and cons of each.

The first type of commercially available cat litter was non-clumping clay, which was introduced in the late 1940s. This type of litter is traditionally made from pulverized clay, or calcium bentonite.

Pros: This kind of litter may be suggested for you if you are taking in a feral kitten, as it is most similar to dirt, where the cat was probably burying its waste. It is great at absorbing liquid and odor. This type is also readily available and affordable.

Cons: Non-clumping clay tends to track outside the litter box, and creates a fair amount of dust. It is not ideal for neat freaks, or for people or animals with respiratory issues. This type is also less environmentally friendly, as the clay is often strip-mined from the earth.

This type of litter is usually made of sodium bentonite, and was the second type of commercial kitty litter to be introduced to the public.

Pros: This type of litter is most similar to sand, so cats generally like it. It's a good choice for new cats, as they will most likely use it. The smaller particles are easier on cats' paws, as the particles are small and won't get caught between their toes. It's also on the cheap side and readily available.

Silica crystal litter is made up of sodium silicate that is then processed with oxygen and water.

Pros: This type is very good at containing odors, and absorbs liquid very well. It is also dust free, and because of the size of the crystals, fairly good at not tracking.

Cons: This type is a little higher maintenance, as it needs to be combed once a day to distribute the moisture left behind. It also has to be deep enough in the pan that your cat's urine is fully absorbed before it reaches the bottom or it will pool. Like any non-clumping litter, it needs to be fully discarded to clean the pan. This type can also be on the more expensive side.

This type of litter is made up of natural ingredients such as sawdust pellets, corn byproduct or wheat.

Pros: This type is very environmentally friendly. It is often biodegradable and in some instances can be flushed down the toilet. It is free from harsh chemicals, in addition to being low dust and tracking. It is also relatively cheap, and becoming more readily available at pet stores and other places you purchase litter.

Cons: This may be litter your cat has to get used to slowly. The pellets may also get caught in between a cat's toes or in their paws, so you'll need to be mindful of that. It also is a little trickier to clean than clumping clay, and the whole pan may need to be dumped when cleaning.

Acclimating a cat to new litter

To acclimate a cat to a new litter, mix the new litter into the old litter little by little until it is entirely the new litter. This may take some time, and there may be times when you have to halt the process as your cat adjusts. Because it can be an adjustment, just like with cat food, it's best to pick a type that works best for you and your cat's lifestyle, and stick with it.