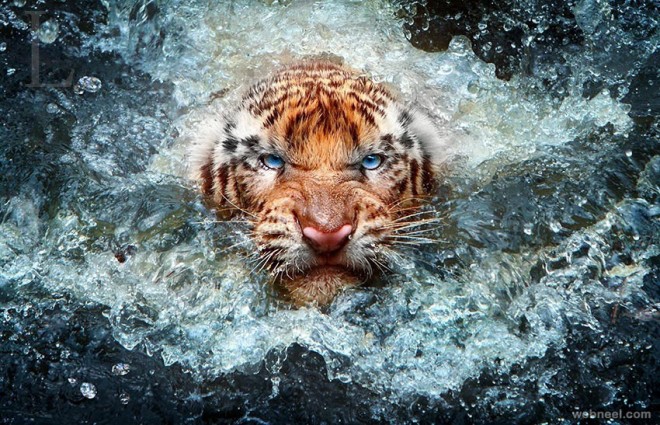 The White Tiger (also known as the White Bengal Tiger) is a subspecies of Tiger, found throughout the Indian subcontinent. Although the range of the White Tiger is historically very large, these animals are incredibly rare as their colouration is dependent on a defective, recessive gene that is passed on from their parents. Over the past couple of centuries the White Tiger has become even rarer in the wild due to trophy hunting or capture for the exotic pet trade, with there having been no recorded sightings of these elusive predators for the past 50 years. Today, the White Tiger can still be found in a handful of zoos and animal sanctuaries around the world with these large and beautiful felines often being the star attraction. Along with the Bengal Tiger, the White Tiger is considered to be the second largest species of Tiger in the world after the Siberian Tiger.