Why Do Cats Chase Their Tails? 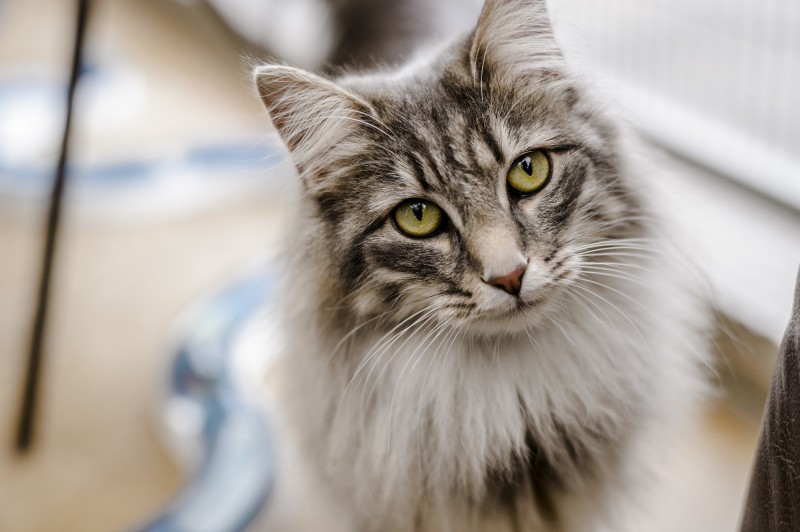 You've probably seen the videos, or have had the pleasure of witnessing it firsthand before your own eyes — the twitch of a cat's tail, followed by the determined focus that comes with a cat on the hunt.

It's not uncommon to see a dog behave in such an amusing manner, and our stoic cats aren't exempt from similar antics. But why do cats chase their own tails? The answer to that question will depend on your cat and is usually nothing to be concerned over, unless she's displaying certain characteristics amid her chase.

Is tail chasing normal in cats?

To put it simply — yes, tail chasing is, usually, normal feline behavior. Cats are natural predators, with hunting instincts so hardwired into their DNA that most of them couldn't ignore them if they tried. Of course, we see the prey drive exhibited in outdoor cats often, usually as they quietly stalk smaller animals, pounce up into trees, or even when leaving a thoughtful gift on our doorsteps in the form of a dead mouse, bird, or other unfortunate souls. While outdoor cats get to have their predatory needs met, our indoor companions seldom do — but that doesn't mean that the appetite for destruction simply goes away.

When most indoor cats don't get their environmental needs met, they simply become bored, sometimes even depressed. Some cats, however, can become incredibly frustrated by that pent-up energy, and, according to Catster, tail chasing is just one of the ways they may take that frustration out. Because cats tend to chase just about anything that moves, including dangling jewelry, hanging plant vines, or even our own feet as we walk by, their tails sometimes simply become just another object that appears on their radar.

What if they’re chasing other cats’ tails?

If you have multiple cats in your home, you'll want to familiarize yourself with the differences between cat play and cat aggression. Chewy breaks it down like this: if their claws aren't out, their fur and tails aren't puffed up, there's no hissing or growling, and biting is fairly limited, you're most likely looking at play behavior. A cat chasing another cat's tail is not typically cause for concern unless it doesn't seem reciprocal, or if one cat is relentless in his chase of the other to the point that the other cat seems frightened or stressed out. To be sure your cat isn't harming another feline friend, supervise play time when cats are first introduced and don't be afraid to step in and put an end to the fight. A safe way to do this is to make a loud noise, like yelling or clapping, to separate the two until things have calmed down. 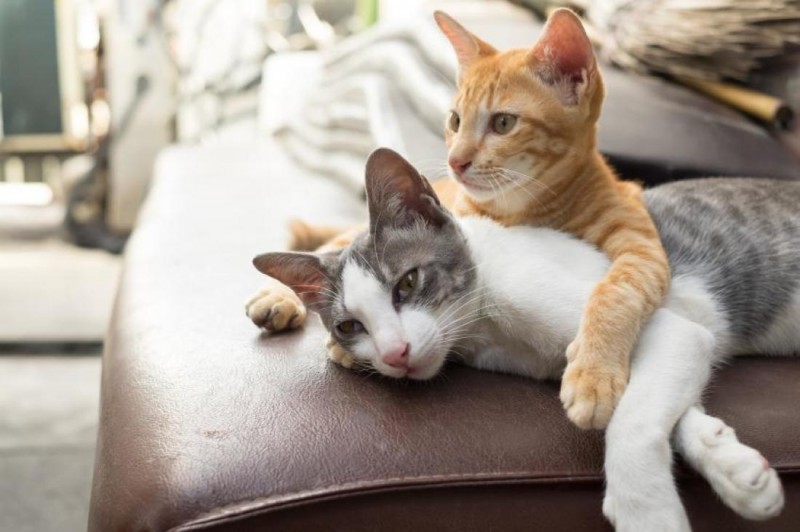 What should I do if my cat is biting her tail?

Biting is usually a normal sign of hunting behavior, so if you see your cat giving his tail a couple quick chews as soon as he catches it, it's no reason to become alarmed. If your cat is excessively biting on her tail, however, and you are able to notice damage, it's best to intervene. Stuff Cats Want suggests redirecting his attention toward other things he can chase, like a wand toy, which mimics the shape and movement of a tail.

If your cat is excessively licking or biting one specific area of his tail, it may be due to pain or discomfort. This can be caused by a wide range of stressors, from a single flea bite to a serious abscess, so if your cat seems determined to lick or bite his tail out of nowhere, it's recommended that you schedule a visit with your veterinarian to address the issue.

Do I need to worry about tail chasing?

In most cases, no, you don't need to worry. This is especially true if your cat is younger, as kittens and young cats are constantly exploring and learning those innate skills they'll need to rely on if they ever make it outdoors. Some cats, however, may be chasing their tails for other reasons entirely and may be the sign of a more serious medical issue. The Cat Site recommends assessing the situation to better understand whether you should be worried? If your cat seems in a relaxed or playful mood, it's likely no reason to be concerned. If she is growling, hissing, or showing other common signs of aggression, her tail chasing may be a symptom of a behavioral or medical issue, and she should be examined by a doctor to pinpoint the cause.

How can I curb my cats’ tail-chasing tendencies?

If your cat seems to be chasing her tail out of boredom, you can try meeting her predatory need by offering her toys, which will stimulate her both mentally and physically. Every cat will have her own preference, but common crowd pleasers include feather wands, motorized gadgets that move around the room for her to chase, or simply a good, old-fashioned piece of string either dragged across the floor or dangled in front of her.

Laser pointers and videos, like Cat TV, are a fun option for us, but can often lead to even more frustration for a cat, who won't actually be able to capture his target. If your cat seems agitated by the stimulation of lasers or screens, swap them out for more tangible items that she can actually touch and bite.