Why Do Cats Paw Under Bathroom Doors? 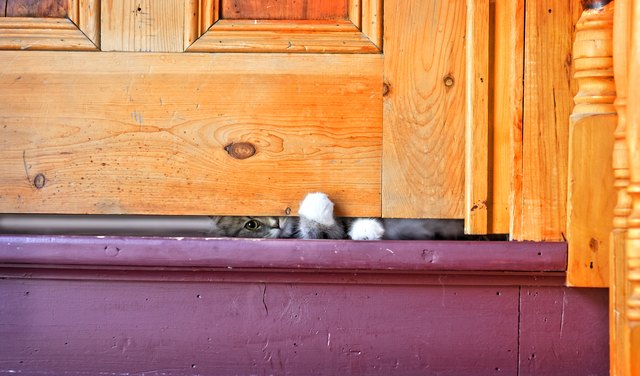 You may have found yourself in this scenario at home: you enter the restroom and shut the door behind you, only to see your cat's furry paw reaching out to you from between the crack. Cats use their paws for many things, from grabbing small prey to familiarizing themselves with a bowl of water, to name a few. Because cats rely on their paws for so much, it's not terribly surprising that they will sometimes slip one underneath a closed door that's separating you from them, but why do they do it? And why the bathroom, of all places?

Why does he do it?

When a cat uses his paws to reach for something, it's simply because he wants whatever it is he can't have, be that you, or the off-limits room itself. As She Knows originally reported, this behavior often comes about as the result of an unmet need for attention, even if it is just an incredibly temporary one. A cat's paw under the door may be an especially common sight if you have a particularly affectionate cat or share a close relationship with him, because, well, your cat wants to be near you, even during your most private moments.

Sometimes, cats can also see a closed door for what it is — an obstruction, which can cause them to become distressed or agitated. If your cat typically has no limits to where he can wander within the home, a suddenly shut-off space can feel like a challenge, which can be upsetting. According to the ASPCA, cats use their sensitive paws to better understand the world around them. Because your cat clearly can't see what's on the other side of the door, he might offer a paw to try to check things out. 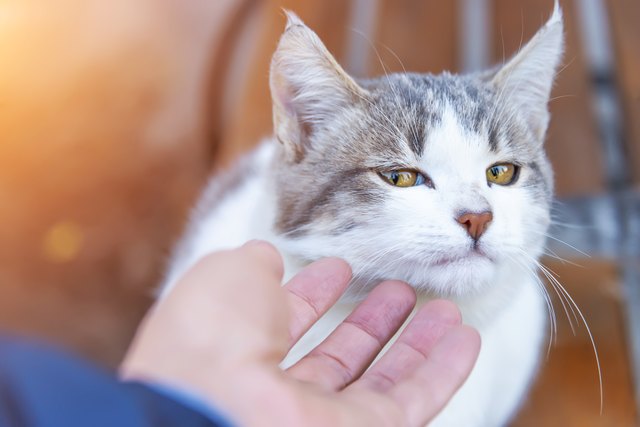 But why the bathroom?

In a home with a cat, there are no doors that are off limits, but there's one in particular that tends to attract the most paws: the bathroom door. But why? According to The Spruce Pets, there a number of things on the other side of that door that your feline friend would love to get to, especially now that they are coveted and just out of reach. Playful cats may enjoy spending time in the bathroom for all of the play opportunities that one can provide, like a tub to crawl in, a sink to sleep in, or a set of hanging towels to rip down off of the wall. Contrary to popular belief, some cats enjoy water, especially a dripping faucet they can drink from or play in, or a wet tub to lick at or dip their feet into.

Many cats also appreciate the small confines of a bathroom because ignoring them inside one is easier said than done. Because we only go into the bathroom to accomplish something, be it brushing our teeth or using the toilet, we become committed to the area until we've completed the task at hand, which creates prime conditions for cats to solicit affection. 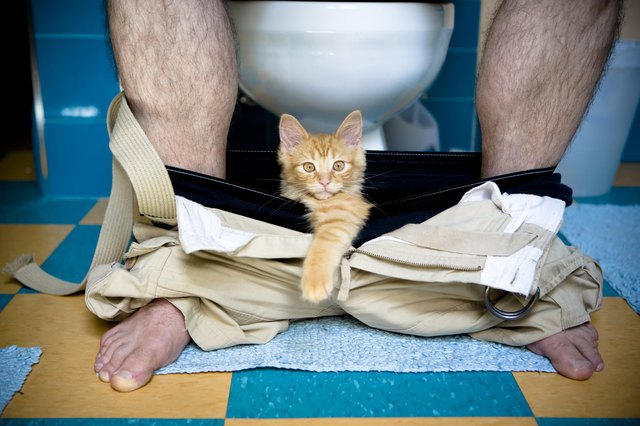 How can I make him stop?

While the occasional playful paw under the door is usually nothing to be concerned about, some cats can take their reaching antics too far, and can sometimes resort to yowling, or scratching and damaging doors. To get your cat to stop doing any of these things, Pet Place recommends that you just ignore your cat, and don't give in by opening the door every time she reaches a foot under one. If you open the door, you're essentially teaching her to associate the placement of her paw with a reward (the open door.) It's suggested that you stick to your guns and don't give in, assuming that there isn't anything on the other side of the door she may need to reach, like a litter box or water bowl.

If your cat is making it impossible to ignore her by crying loudly or damaging the door, try meeting her needs before the door closes. For example, say she won't let you sleep at bedtime. She may be bored or anxious, so a good round of playtime may tire her out and buy you a restful sleep. If you keep her food on the other side of a closed door she's reaching under, move the food to a different area, and keep feed times on a schedule so she'll know when to expect her next meal. You can also try leaving her favorite toys by the door, or offer another treat that will serve as a distraction.