Why Do Dogs Love Their Owners? 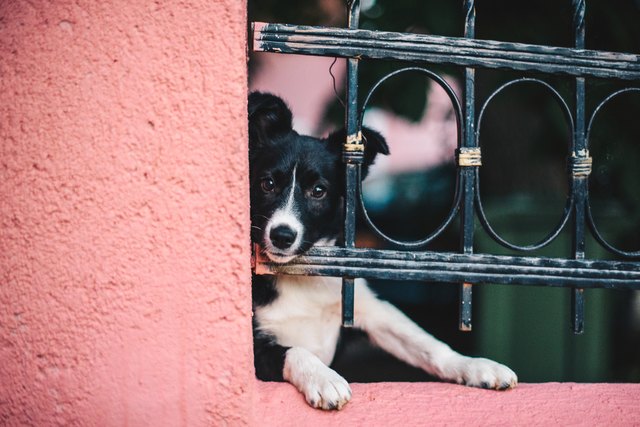 Dogs are our best friends. They are the perfect companions: loyal, happy, non-judgmental and easy on the eyes to boot. So, it's pretty obvious why we love them so much, but why do dogs love us back? Here's a look at everything you need to know about puppy love (the real kind, not the embarrassing middle school crush kind).

Yes! Dogs really do love humans and science has proven it (because even STEM has a cuddly side, apparently). In a study from Emory University, scientists trained dogs to lie still in an MRI machine and used fMRI (functional magnetic resonance imaging) to measure how their brains responded to the scents of both familiar and unfamiliar people and dogs, Mic reports.

The research revealed that humans scents activated the pleasure center of dogs' brains more than the scents of other canines. The study further found that the scent of their owners excited the dogs more than any other stimulus.

Why do dogs love humans?

The origins of a dog's love for humans can likely be traced back to a gene mutation in wolves that affects sociability. In the most basic terms, way back when our ancestors were first meeting our modern dogs' ancestors, some of the wolves were friendlier and more like "yay, humans" than others. Those were the ones we kept as pets. Their more "growl, humans" cousins were killed or left out in the wild. The "yay, humans" wolves likely had a gene mutation that made them friendlier than wolves tend to be. By breeding only the mutated wolves for decades, we ended up with pugs.

More from science: the relationship between dogs and humans releases the love hormone, oxytocin, into dogs, just like it does into us.

"Of course dogs love their people!" animal behavior consultant Amy Shojai told Inverse. "The hormone oxytocin is released (in both dogs and people) when they interact/have contact with someone they like. This 'love hormone' helps cement and increase the bond we share … it's also the hormone that floods the system of new moms to amp up attachment to new babies." 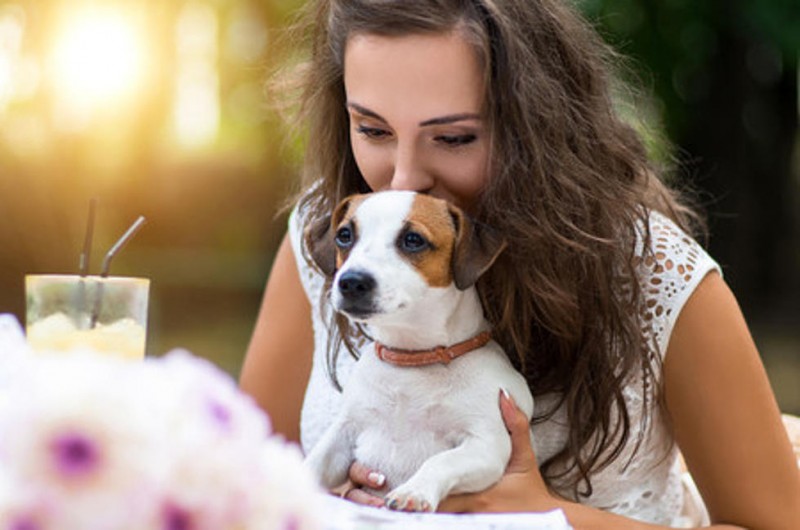 Are they just hungry?

Remember that MRI study at Emory? It was actually inspired by this exact question.

"A year earlier, my favorite dog, a pug named Newton, had died. I thought about him a lot. I wondered if he'd loved me, or if our relationship had been more about the food I'd provided," Gregory Berns, who conceived and oversaw the study, told the New York Times.

The study also tracked dogs' neurological responses to praise and food as rewards for good behavior and found that all dogs love us at least as much as they food, and many love a smile and a "good boy" from their owner more than a tasty treat.

"When we compared their responses and looked at the rewards center of their brains, the vast number of dogs responded to praise and food equally," Berns explained. "Now, about 20 percent had stronger responses to praise than to food. From that, we conclude that the vast majority of dogs love us at least as much as food."

Does my dog love me?

Dogs definitely love their humans, but how do you know if your dog loves you? Luckily, dogs are really clear about communicating their feelings, and there are some sure signs that your pet has bonded with you.

Love signs to look for: 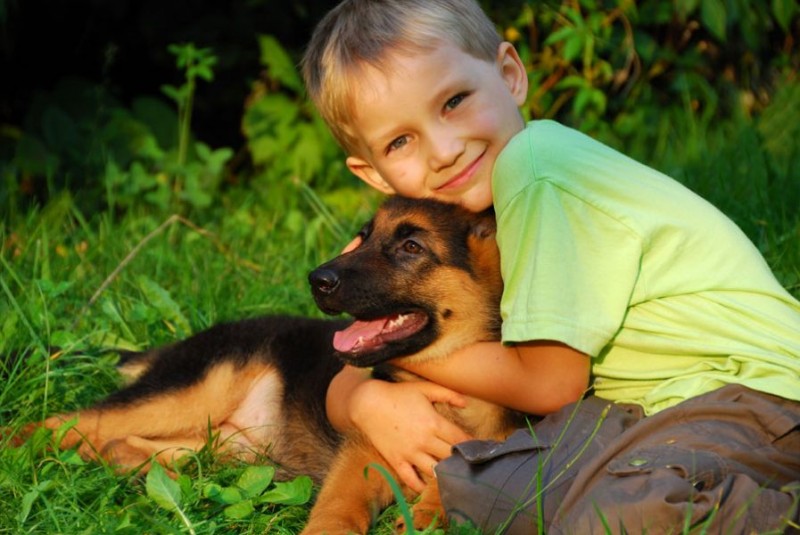 Is a dog's love really unconditional?

The disappointing news is that it's hard to say for sure. Anecdotally, we hear stories of dogs doing amazing things to stay with their owners and sad tales of an abused dog that still seeks the love of the human doing the abusing. Those scenarios seem to point to unconditional love. While the Emory MRI study has been cited by some as proof of unconditional love, there isn't a study that proves dogs will love you forever. The relevant research does, however, point to the fact that our dogs love us a bunch — their pleasure centers light up and their brains flood with love hormones at the sound of our voices or our scent, and that's unlikely to change.

In really difficult situations, dogs might give up on a task rather than be totally selfless, so your dog might not be one of the hero dogs of the internet who pulls you out of a burning building, but that doesn't mean he doesn't love you to pieces.

How do dogs choose their favorite person?

Once again, dogs are pretty straightforward with their feelings. Dogs typically bond most with the person who provides the most time, care and attention. Activities that can lead to that favorite person status include co-sleeping, playing and spending a majority of time with the dog, and being the person who does most of the dog's care. Feeding and walking might not be the most fun parts of dog ownership, but dogs definitely notice who does the dirty work.