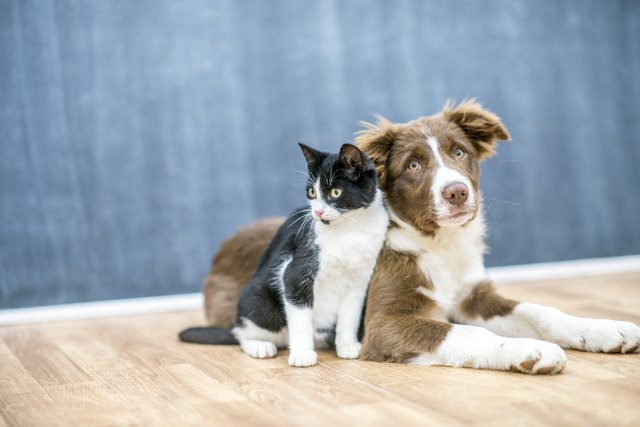 There are dog people, and there are cat people, and those groups tend to choose their companions of choice by the behaviors they exhibit. Sometimes, however, there may be some crossover in the way they act, and cats may end up acting more like dogs than most people would expect. This could be thanks to being raised in close proximity to a canine, or it may just be chalked up to a cat's specific breed or personality.

What behaviors are distinctly "cat" or "dog"?

While dogs and cats do have some personal characteristics in common, there are a few very distinct differences between them.

Most notable, perhaps, is the natural social nature of canines compared to the typically solitary personality of felines. While dogs are pack animals, most cats tend to operate alone. This means that many cats prefer to eat, sleep, and share their space with no one. Cats also have a hunter's instinct that some dogs don't tend to act out on, and will often spend much of their time stalking or hunting anything that moves, outside and inside of the house. 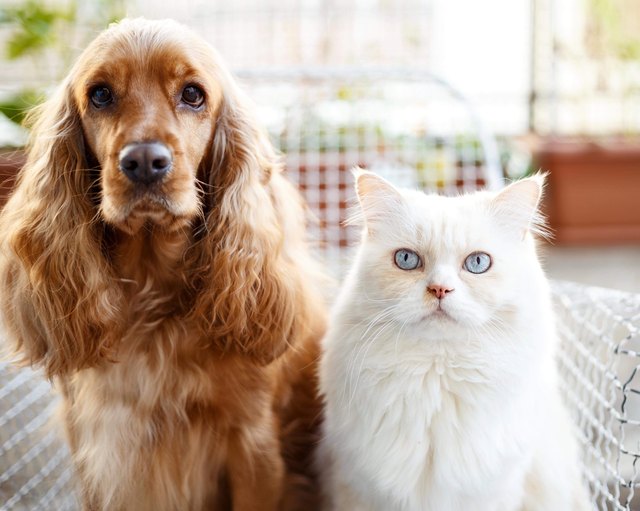 Dogs and cats also have different tastes, literally. While dogs are omnivorous and able to eat a variety of foods from meat to vegetables, cats are what are known as obligate carnivores, meaning that they need to eat meat-based protein in order to remain healthy. When it comes to potty training, cats and dogs differ in a big way too — cats tend to pick up the litter box routine fairly quickly, while dogs usually take several weeks to months to learn when and where to relieve themselves.

What behaviors do dogs and cats have in common?

Cats and dogs aren't entirely different, however, especially when it comes to their physical makeup. For instance, they both navigate the world through their noses, and are susceptible to the same ailments, diseases, and pests, from heartworms to fleas and everything in between. In terms of behaviors, cats and dogs can both be vocal for a variety of reasons, like asking for something they want, or expressing discontent. The two also tend to prefer the comforts of life, which include the basics like food and shelter, but also love and affection from their caretakers, with some individual exceptions to the rule, of course. 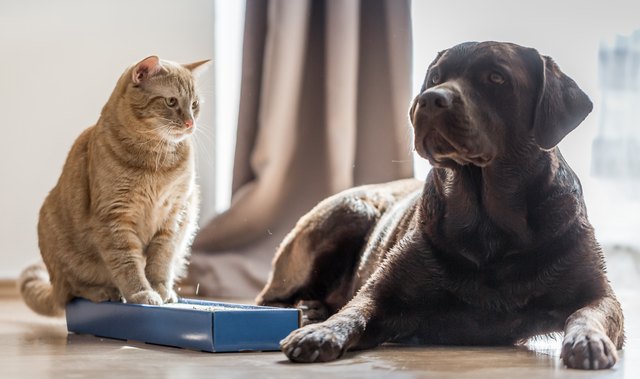 Every cat is unique, but some breeds are more inclined to display dog-like behaviors than others. Among those, Catster has listed six breeds, including the Turkish Angora, which is known for being playful and social and may even join you in the water for a swim. The Manx cat is another social breed of cat, and are known for hanging around their owners. They're said to enjoy walks with their human companions, but can become protective of their homes and may offer a warning meow toward anyone who dares to enter, much like a dog. Abyssinians are known for being easy to leash-train for walks and outings, Ragdolls are snuggly, Burmese and Siamese varieties are talkative like dogs, and Maine Coon cats are referred to as the "retrievers of the cat world," which can make for canine-like playtime.

Some cats can grow up to act like dogs no matter their breed. If a cat grew up around dogs as a kitten and had only a canine companion to socialize with early on, chances are she will end up exhibiting some of the behaviors she picked up when she was at her most impressionable, like hanging around with people or rough playing. 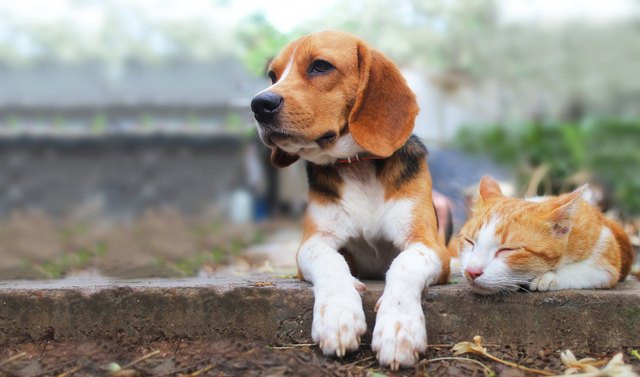 Can you teach your cat to do dog-like things?

If you don't have a dog-like cat but want your do exhibit more canine characteristics, you may able to train him using positive reinforcement. In the same way that a dog can learn to associate certain behaviors and tricks with positive experiences, like rewards of food or praise, cats can too when it comes to certain things. To train your cat to act more like a dog, I Heart Cats recommends calling him, then rewarding him with praise, affection, or food when he comes to you. These same reinforcements can be used to teach him a certain trick, like fetching a toy or playing tug of war — whatever you want to see more of from your cat you probably can by helping him learn by association.