Why Does My Cat Wake Me Up At The Same Time Every Morning? 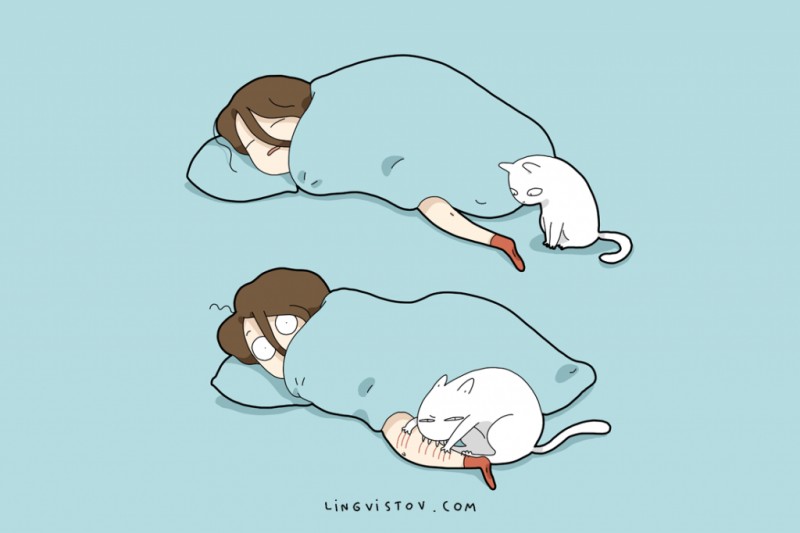 Between jobs, household chores, and looking after the family — not to mention recreational pursuits and hobbies — many people find there are just not enough hours in the day. Well, your cat — master of time that he is — takes care of business in about six hours, or in less than half the time you do, peacefully snoozing the rest of the day away. He wraps up all the eating, schmoozing, stalking, playing, and birdwatching during his peak conscious hours around sunrise and sunset.

Since he's packing so much activity into so few hours, he has to stick to a schedule, and his daily to-do list includes waking you up at the same time every morning, whether it be 6, 7, or 8 a.m (if you're lucky)! While you may welcome a fluffy alarm clock, there are probably twice as many cat owners who don't appreciate their cat interrupting their dreams.

Many people find themselves in the oddly specific position of dealing with a cat who wakes them up at 3 a.m. every morning. If you're dealing with a real early bird, and your cat wakes you at 3 a.m. every morning, you may want to change up her game and reset her internal clock. Setting your charming purr-clock for three-or-four hours later is a possibility, because most cats can change gears with a little direction.

First, you don't want to reward your cat for waking you. You may not consider it a reward, but giving food or affection only reinforces the behavior. It's tough to ignore your cat, but try it for a couple of weeks, and you'll probably find she loses interest in bothering you so early.

You can also play with her before bed and feed her shortly after. This ensures that she's not hungry in the middle of the night, and is hopefully tired out from some interactive playtime. 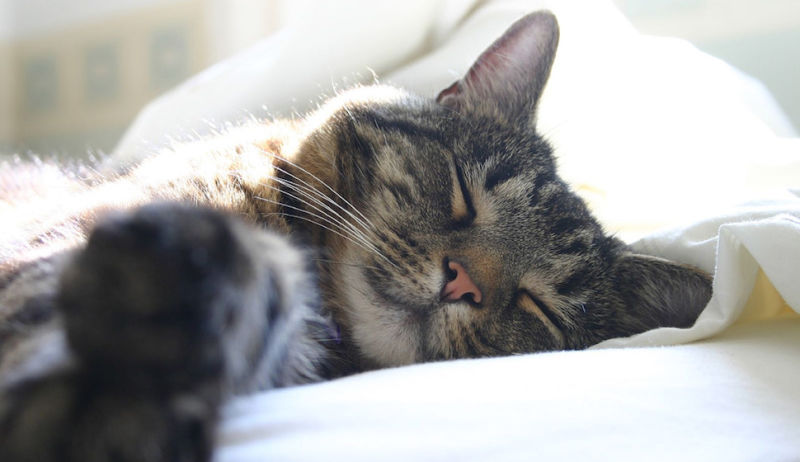 They're creatures of habit

If you can tell time by what your cat is up to, you'll understand that cats thrive on routine. As creatures of habit, they can even become physically ill if there's a blip in their daily routine. Consistency in all things is vital when you have a cat. And waking you up at the same time every morning is just one of their many rituals. You can try to break the cycle using the same tactics as with the early-bird cat — do not reward the behavior with food or attention.

It makes sense that your cat wakes you for breakfast, especially if you don't self-feed. You can relate if you're the ravenous type yourself and look forward to the first meal of the day. Enjoy some extra sleep-in time by setting out a dish of dry food before you go to bed so your cat will have something to nibble on first thing every morning.

They know you're waking up

Like magic, the moment you open your eyes each morning, you're staring into the face of your cat. In contrast to early birds and hungry types who unceremoniously wake their people from slumber, polite cats patiently wait, perched by your side, watching for any signs of life. As soon as he sees the whites of your eyes, he pounces on you all purrs, head butts, kneading, and snuggles. You get the message loud and clear, "Get out of bed and serve breakfast." 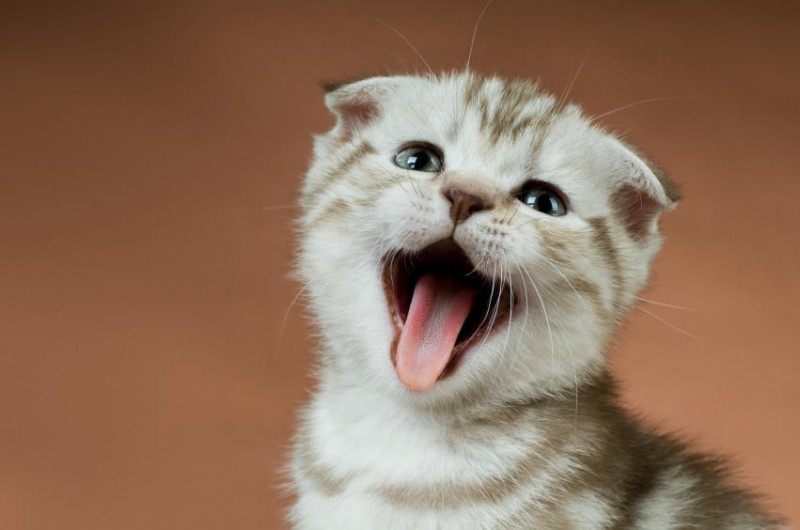 Twilight is the illumination of the lower atmosphere when the Sun is invisible, hiding well below the horizon. It's distinguished by sunlight scattering in the upper atmosphere, illuminating the lower atmosphere, bathing Earth's surface in a hauntingly beautiful kind of half-light; not completely lit nor completely dark. Twilight encompasses the period between dawn and sunrise, and between sunset and dusk. It's the time of the day when a diverse range of crepuscular animals including our cats, bobcats, ocelots, jaguars, rabbits, mice, western diamondback rattlesnakes, skunks, and even fireflies are active and lively.

Crepuscular animals' behavior is thought to have evolved as an anti-predator adaptation since most predators are active during the night or day. Crepuscular animals go to sleep at nightfall; existing in a netherworld between diurnal (active during the daytime) and nocturnal (active at night). Since sunrise and sunset find predators tucked away in their dens after a long night of hunting or just waking up, crepuscular creatures thrive outside those hours and are less likely to be a coyote, wolf, or bear's breakfast or dinner.

It seems that some cats just can't help rousing their people during this brief window of time, ergo the furry wakeup call well before you're ready to meet the day. However, most cats adapt to the lifestyle of their owners and happily snooze right along with them.