Why Is My Cat Whining? 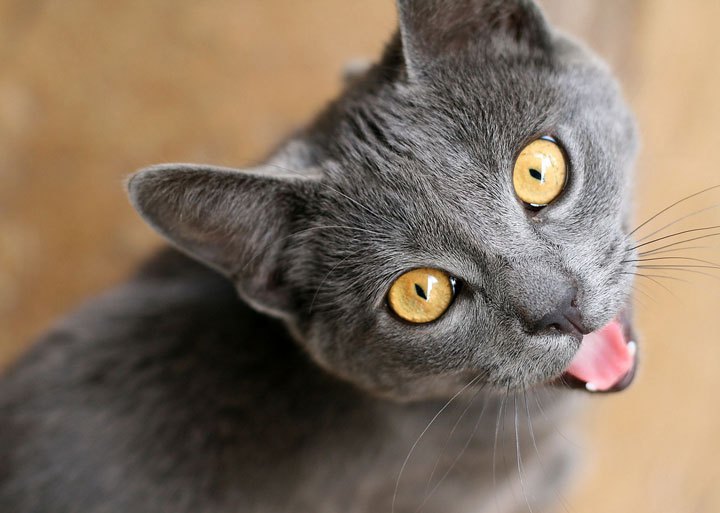 If you're a cat companion, you've likely become quite familiar with the extensive vocabulary of your feline friend. From the high-pitched meow of a curious kitten to the low growls and hisses of a cat insisting that the neighborhood dog back off, cat sounds each come with their own individual meanings. Some cats can be heard whining as well, which can be alarming, especially if it's an unusual event for him or her. If your cat is whining you'll want to understand exactly why, as she's definitely trying to tell you something.

How to recognize whining

What does the cat say? Meow! Anyone who knows cats well will tell you, however, that not all meows are created equal. In fact, cats vocalize for a wide variety of reasons, from maintaining a playful conversation with their human friends to expressing that they don't feel well. According to WebMD, most sounds can be traced back to a cause, which you will likely learn to identify as you spend more time with your particular cat. Certain breeds, like Siamese, tend to be more talkative than others, but ultimately, crying is a call for attention.

Sometimes, a cat will go beyond the ubiquitous meow and begin to whine. To tell if your cat is whining, Catster suggests listening for the length of her vowel sounds, as well as the pitch in her voice. Rather than the classic, two-syllable "me-ow" sound cats make most of the time, a whine will go on for longer and sounds flatter and higher than the typical cry.

If your cat is whining, it can usually be pinpointed to a few certain reasons why. Cats vocalize to get our attention, and whining is often done when cats are stressed or frustrated. These feelings can come about as the result of a variety of triggers, including hunger, boredom, or loneliness, which can usually be identified fairly easily. Are you late for dinner? Have you been gone overnight? Is there a squirrel just out of his reach on the other side of the window? If the answer to any of these, or similar questions is yes, you may have figured out why your cat is whining.

In other cases, cats can whine for less apparent reasons, including old age, stress due to changes in the home or routine, or even just to say hello to you. Another common cause of whining in cats is pain or illness, which should be taken seriously, and never be ignored. 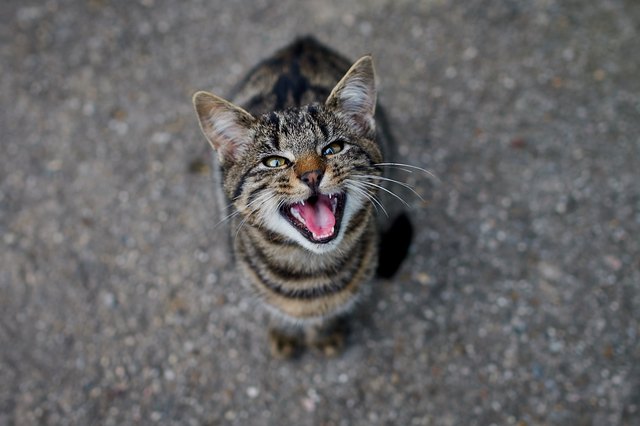 Should I be worried?

In most cases, whining is simply projecting signs of stress and isn't usually a cause for concern. You can often tell if something is wrong, however, when the whining becomes prolonged, incessant, or evolves into urgent howling, in which case a trip to the veterinarian may be in order. The same thing goes if your cat is whining and also appears to be in a weak or immobile state, as he could be doing so to alert you of possible pain or injury, or if he isn't eating food or drinking water. Kidney and thyroid issues often come with vocal cues, so if your cat won't stop whining, it's best to take him seriously and get him checked out by a pro.

How to stop a cat from whining

If your cat is whining because you overslept and missed his breakfast, you may just have a matter of setting boundaries and/or schedules on your hand. Many cats tend to whine in the early morning, or even in the middle of the night if they need or want something from you, which is obviously not ideal for anyone looking to get a restful night's sleep. Sometimes, this can be for a good reason, like if she's out of water or her litter box is too full to use, in which case you should obviously address the issue.

If you've ruled out the possibility of illness and unmet basic needs, it's recommended that you not give in to her demands right away, as that can reinforce the notion that loud crying will result in a reward. Be it food, affection, or playtime, wait until she's quieted down before offering her what she's asking for. You shouldn't punish vocal communication from your cat, but you can try rewarding quiet behavior to create a more manageable environment and relationship for both of you.