From watercolor paintings by famous artists and beloved instructors to works from painters who, at the time of publication, were at the cusp of their careers, here are 10 watermedia paintings from 10 talented artists. Get ready to be inspired to grab your paintbrush and start painting. 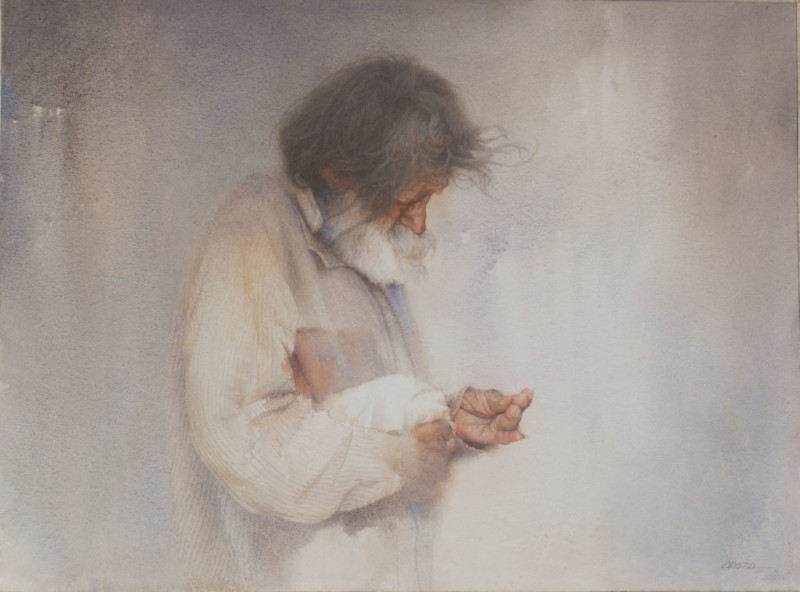 The dim values in Peruvian-born, Mexican artist José Apaza’s Tenuousness reflect the meditative state of the figure. “Every human being is a summary of universal wisdom,” he states. “Humble people are my greatest teachers and have exerted a great influence on me.” 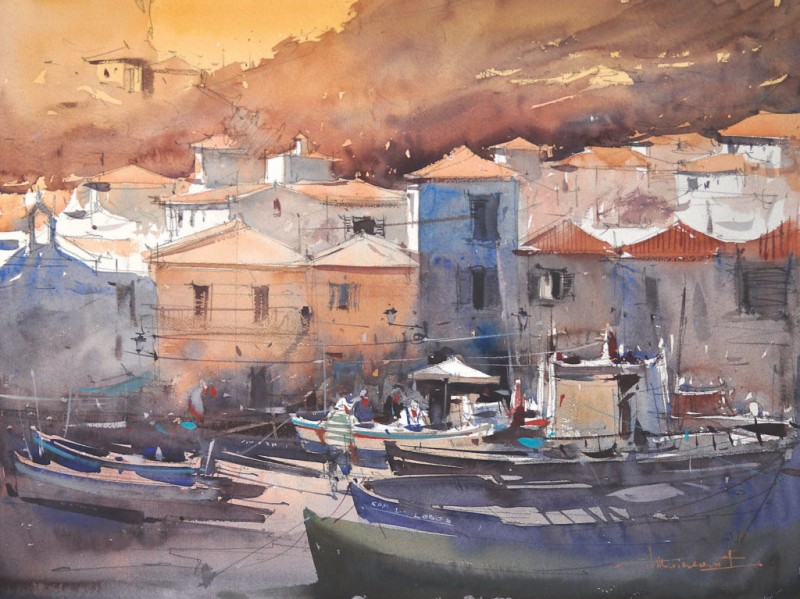 “It was such a different world, unlike any place I’d ever been,” recalls Chisnicean. “The scene had everything I needed to make a painting: mountains, houses, boats, people. I tried to combine all the elements in a natural way and to create harmony between the shapes.”

While standing on the observation deck of the Empire State Building, Paul Jackson took reference photos for his large painting, Tapestry.

“The photos were shot at dusk, but they allowed me to keep track of all the buildings,” says Jackson. “This isn’t photographic realism. Everything is in this painting — all of my feelings about, and memories of, New York City.” 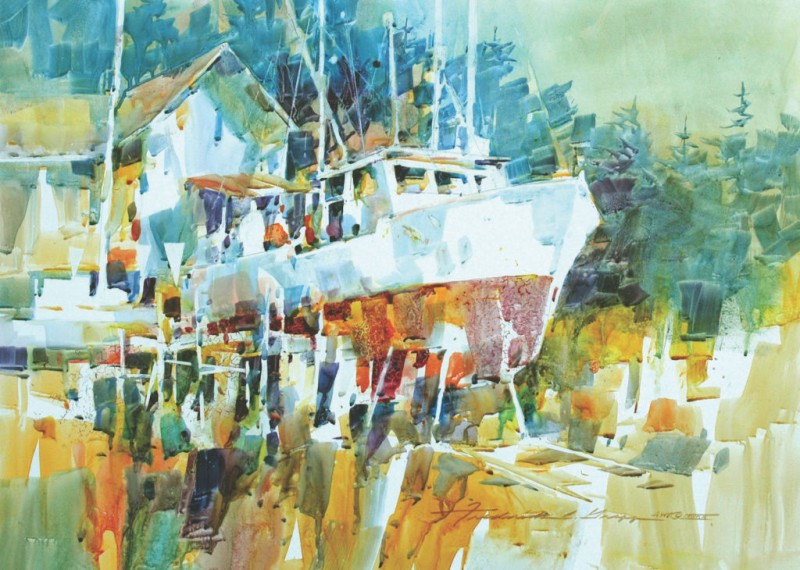 Artist Frederick C. Graff believes it’s crucial for his art to go beyond simply recording facts and to convey what he sees in an “unrestricted yet semicontrolled” way.

“In Foxy Lady II, for example, the complex array of planes in the foreground suggests the paraphernalia of a boatyard without actually describing it in detail,” notes Graff. “Likewise, the bluish-green masses in the background give the impression of a forest of pine trees.” 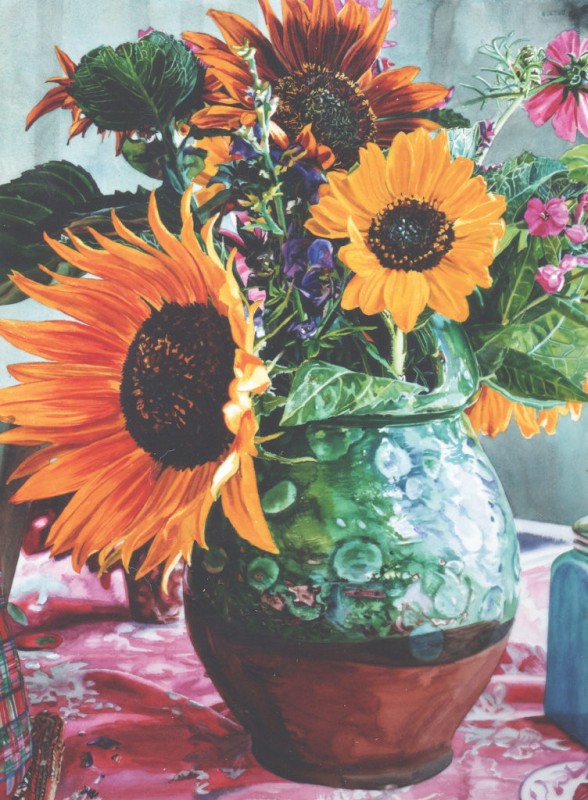 The striking still life, Green Dot Jug With Sunflowers/Maine, by Carolyn Brady demonstrates why the virtuoso colorist is considered a master of contemporary American Realism. 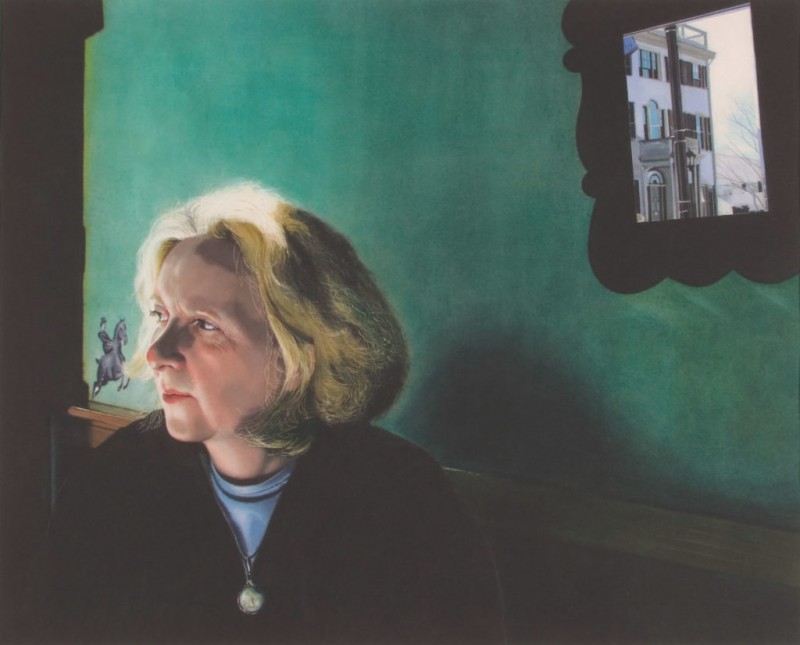 Denny Bond created Equilibrium while dining in Jamestown, Rhode Island. “I was originally attracted to the light hitting the teal walls,” explains Bond. “So I urged my wife to move into the light but still leave room for me to see the equestrian image painted on the wall.”

He continues, “The story created itself. All of the elements were there. They just needed to be brought together.”

7. Stars and Stripes by Judi Betts 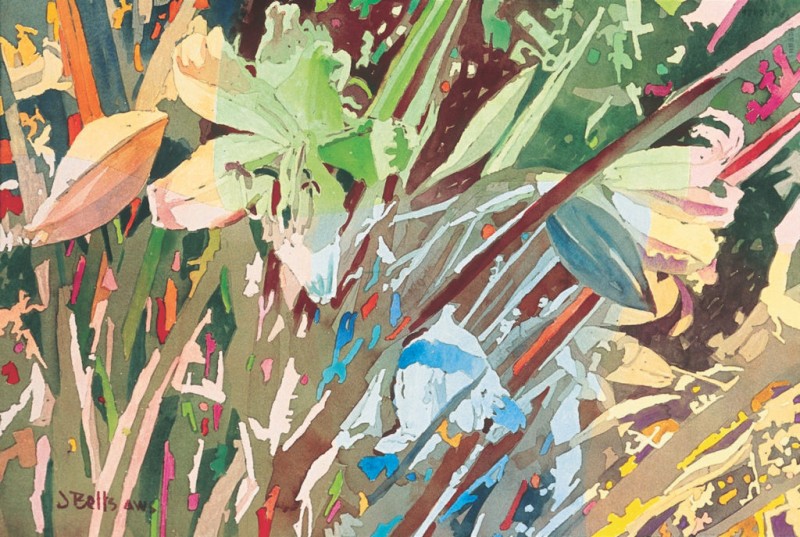 In this soft and poetic rendering, Judi Betts uses the primaries and their complements. She exploits a variety of shape, size and value, creating lovely neutrals in the background of her floral painting, Stars and Stripes.

“Colors can be lullabies or symphonies, but what makes them sing in either case is the position of complementary colors,” says Betts. “Colors surrounded by their complements cause an explosion. It can be subtle or monumental.” 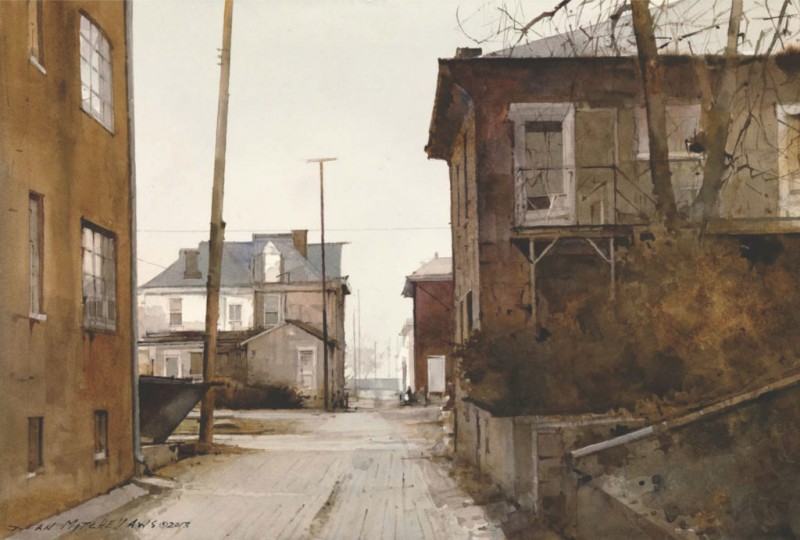 Dean Mitchell manages to find the quiet poetry in the subjects of his paintings that may otherwise be overlooked, such as in the down-at-heel houses featured in Damp Morning. The open space in the center of the composition forms a place for the eye to rest and meditate.

9. The Mall by John Salminen 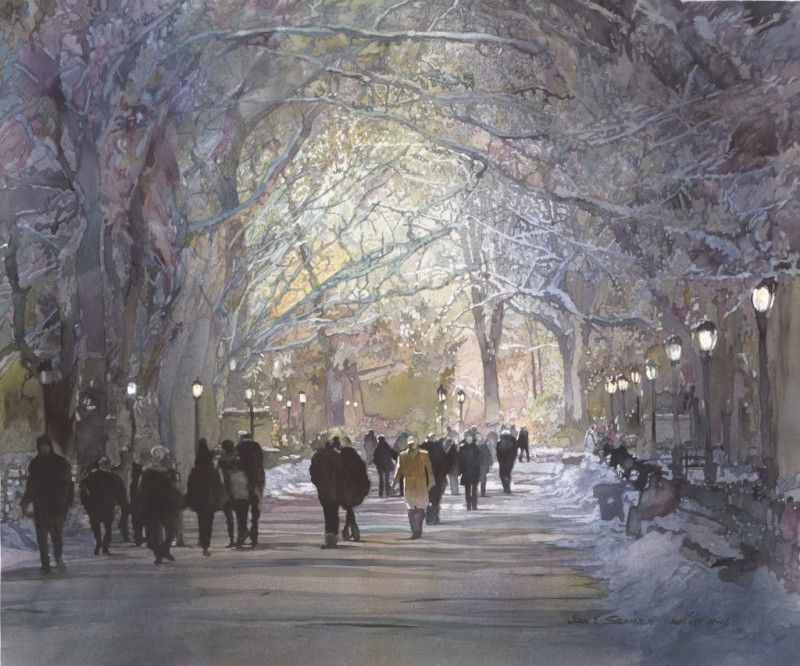 For this snow-covered composition, John Salminen used a group of passersby to add a sense of scale. “The cold winter sunlight filtered through a maze of frost-covered limbs,” he says, “giving the scene for The Mall a frigid luminosity.”

10. Girls on a Date by Dongfeng Li 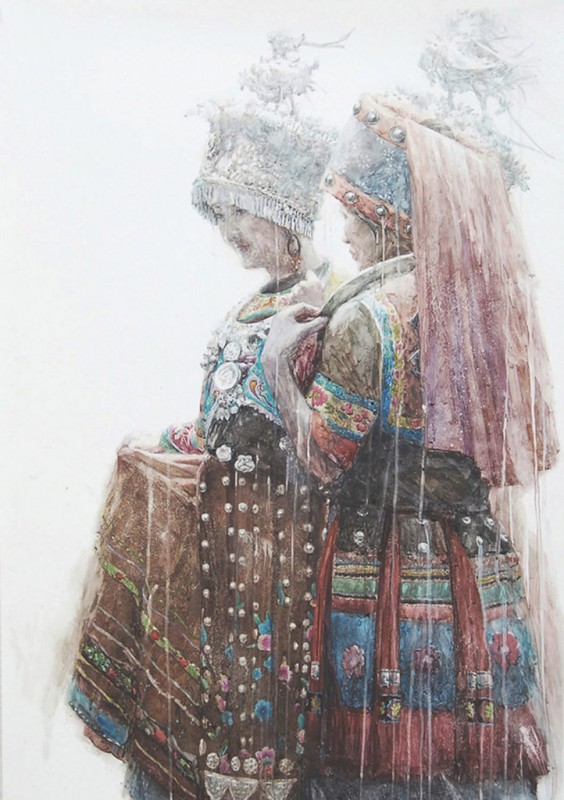 A professor of art at Morehead State University, Dongfeng Li paints a variety of subjects including people of different ages and backgrounds, like the young women featured in Girls on a Date. In each case, the artist manages to capture the humanity, grace and dignity of his subject.

“Their different backgrounds can create interesting contexts,” states Li. “I’m curious about these differences; so it’s one of my primary motivations in creating my work.”