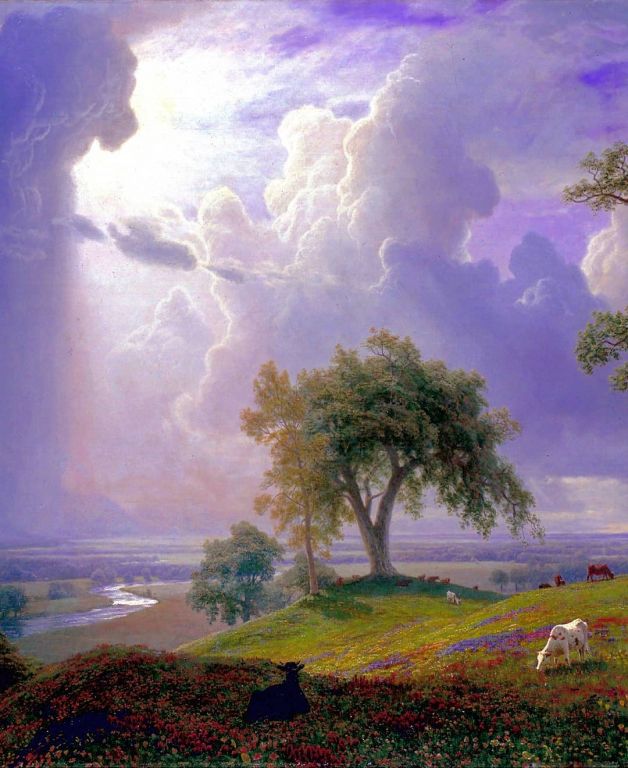 Albert Bierstadt’s dramatic views of the majestic American West earned him broad popularity as one of the country's most distinguished artists of the midnineteenth century. He was among the greatest American painters to fully capture the splendor of the landscape and to record the many moods of its climate and terrain. Bierstadt was one of the very few artists to have traveled in the western territories and his views were eagerly anticipated and met with curiosity and wonder. His idealized interpretations of the western landscape brought to life the image of the fabled frontier for many who would never travel there.

Like his weII-traveled compatriots Frederic E. Church and Thomas Moran, Bierstadt was inspired by the scientific and territorial expansions of his day, and intrigued by their investigative mechanisms. The paintings his travels inspired inclined towards mythopoetic or emotional values. First-hand observation was the foundation, but studio re-creativity was the nexus of Bierstadt's methodology as an artist. It was in the studio where Bierstadt allowed sentiment, in the nineteenthcentury sense of the word, to pervade his work.