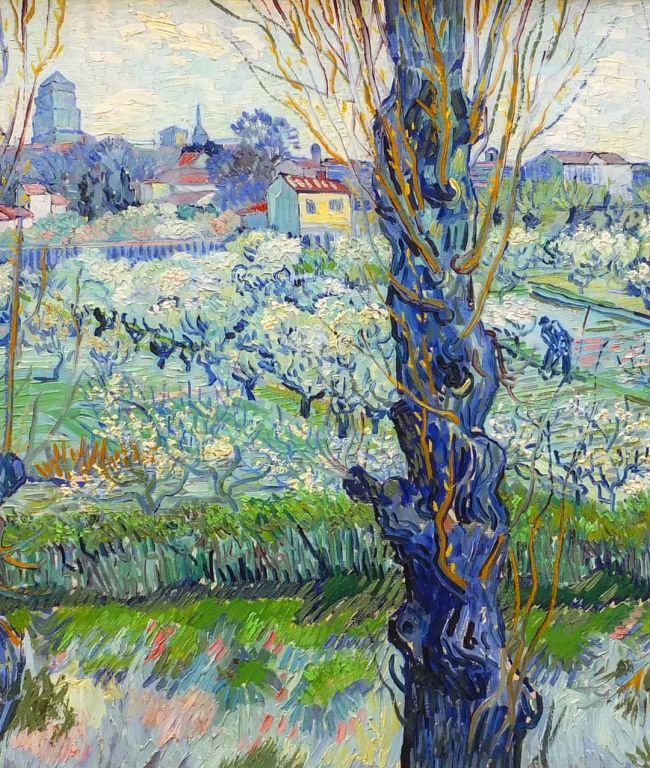 It supplies a view across a canal and the poplars on its board towards the historical center of Arles, with the towers of Saint-Trophime and Notre-Dame-le-major to the left.
Around Arles, there were many fruit orchards. Soon after Van Gogh arrived there in 1888, the spring came. He enthusiastically painted a variety of flowering fruit trees: apricot, almond, apple, peach and in this case plum. However Van Gogh was not satisfied. He took this canvas with him to Saint-Rémy and kept working on it from memory. 'I have found a way better to express the harmony of the tones', he writes in one of his letters.