Houseboats On The River By Jove Wang, Oil Painting 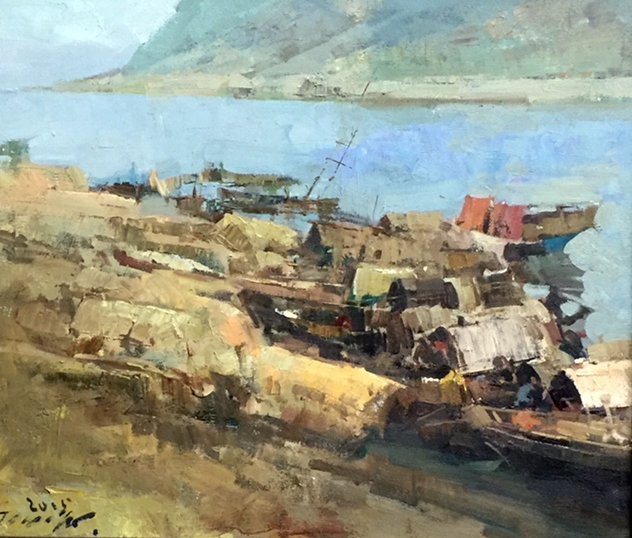 Jove Wang was born in 1962 in Jilin, north-east China. At the age of seven he began studying drawing and painting with the renowned master artist, Gu Gang, who was trained in the 19th century Russian art tradition. From 1979 to 1982 Wang studied at the Jilin School of Art. From 1984 to 1988, he studied at the Zhejiang Academy of Fine Arts, the most prestigious art institute of China and now named The China Academy of Art. In addition, Wang received professional training from The Tokyo Academy of Fine Arts. After graduating, in 1989 Wang worked at the International Art Exposition in Beijing, China where he designed the Spanish Expo Building in time for the 1992 opening. In 1990 Jove Wang immigrated to the United States where he continued his career as an artist, soon gaining national recognition. In 1992, he was commissioned to paint a portrait of Bishop Roger Mahony, and the following year painted a second portrait of Mahony, who by then had been named Cardinal, for exhibition at his Titular Church in Rome. Jove Wang’s works are in the permanent collections of the Bowers Museum of Cultural Art, the Bakersfield Museum of Art, Mission San Juan Capistrano, and the Museum of Jilin, China.