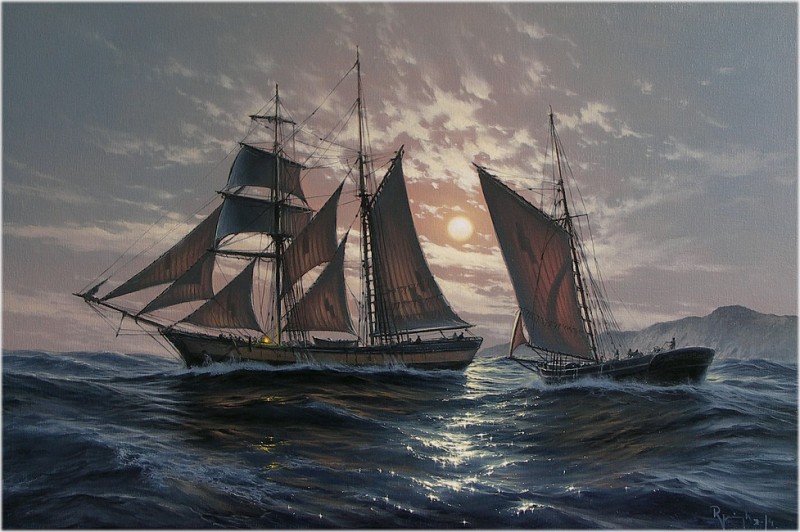 Polish painter Marek Rużyk creates beautiful seascapes and marine art in the grand tradition of the Romantic era. Reminiscent of 19th-century artists like Ivan Konstantinovich Aivazovsky, these oil paintings portray the elegance and majesty of ships at sea.

Rużyk's work is characterized by his ability to capture the changing light at sea. The gentle rays of the setting sun bounce off ocean waves or burns fiery red, washing the scene in warm colors. His seascape paintings bring forth powerful emotion, whether it be through crashing waves or the eerie stillness of the water.

While the painter's marine art pays homage to the battle between nature and manmade ships, humans are largely absent from the pieces, save for a few figures on rafts. His work recalls a time when man was dependent on the sea, an age of exploration where adventure and danger were intertwined.