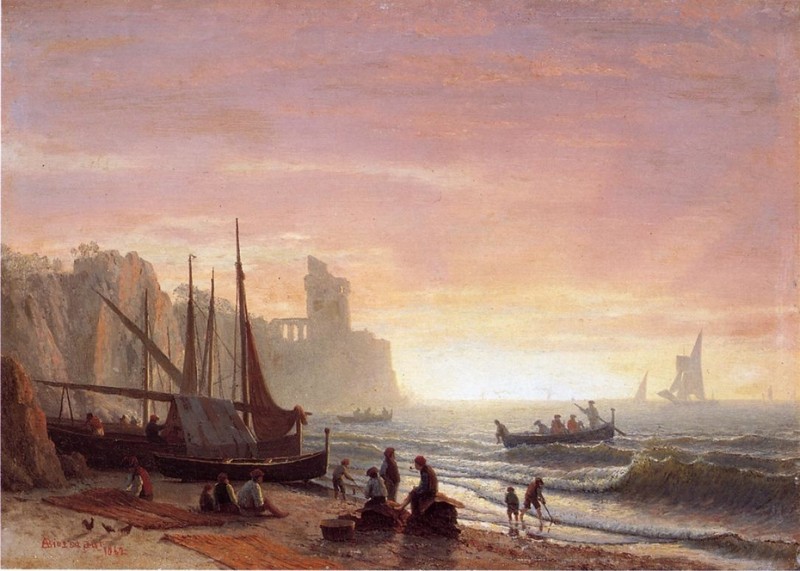 Recognized as the foremost painter of the American frontier during the nineteenth-century, Albert Bierstadt was born in Solingen, Germany, in 1830. At the age of two, he and his family emigrated to the United States, settling in New Bedford, Massachusetts. Nothing is known of his early art training; however, he might possibly have been influenced by local landscape painters anddaguerreotypists. By the time he was twenty, he was supporting himself by teaching "monochromatic" painting and his work was beginning to attract the attention of New Bedford collectors.

In 1853, Bierstadt traveled to Düsseldorf in order to broaden his art education. It was there that heassociated with such American artists as Worthington Whittredge and Carl Wimar, all of whom frequently gathered in the studio of the German-American history painter, Emanuel Leutze. During this period, he was introduced to the work of Carl Friedrich Lessing and Andreas Aachenbach, contemporary German painters widely admired for their heroic, highly finished landscape compositions. Bierstadt quickly absorbed these stylistic conventions, eventually becoming the leading American representative of the Düsseldorf style.