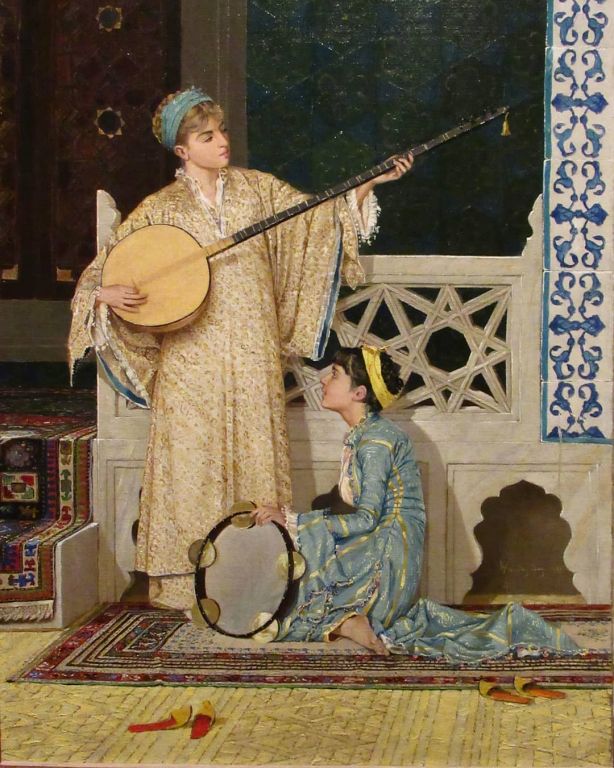 Although he is considered an Orientalist painter, Osman Hamdi Bey's perception of the East differs considerably from that of the West. In contrast to the Western Orientalists, who emphasize sexuality in their female figures, the female figures in the paintings of Osman Hamdi Bey are often aware of the time of westernization in the Ottoman Empire as well as their individual identity and talent and thus willing to learn and self-development. In some of Osman Hamdi Bey's works, the Ottoman woman is depicted playing an instrument, reading or arranging the flowers in her house. She always looks fully clothed. In this painting, which contains not only musical instruments such as tambour (lute) and tambourine but also architectural elements of the Bursa Green Mosque, Ottoman decorative elements such as carpets, woodwork, stone carvings and tiles complement the unique attitude of the artist towards the woman's identity.