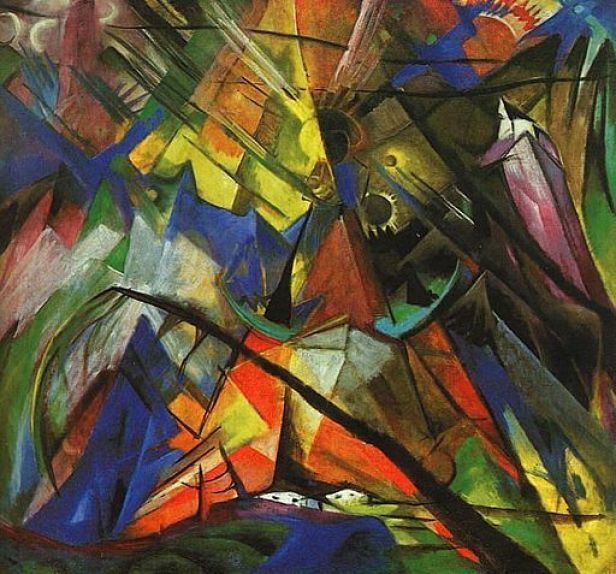 Tyrol by Franz Marc is one of his last works that was painted before his death at the age of 36 during the Battle of Verdun. It is a dark departure from his earlier playful works like the "Yellow Cow". Tyrol is a scene of catastrophic destruction in which the sky has split and an exploding world is causing the destruction of a defenseless village. Two small white huts stand on a hill, low on the canvas, next to two dead trees. In the foreground is another thin, burnt tree stump that crosses the canvas diagonally. The branches of this tree form a huge scythe symbolizing death.