Who is Ruby Rose? 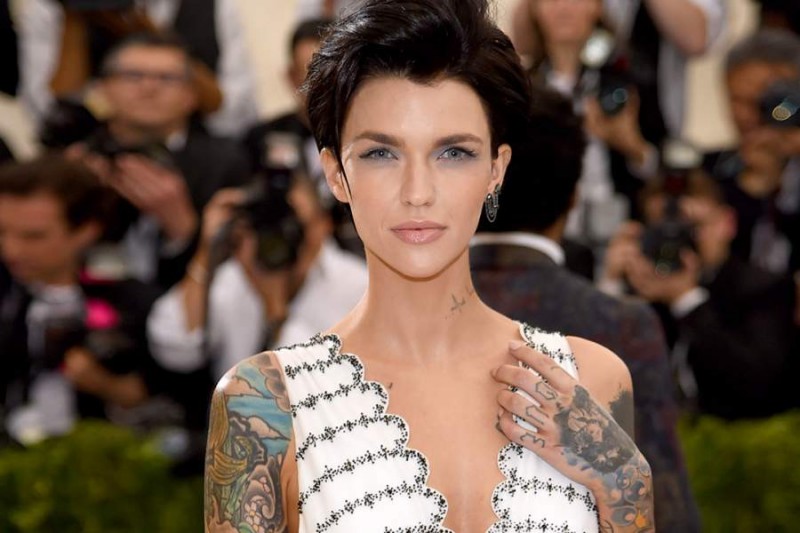 Australian model and actress Ruby Rose is best known for her roles in 'Orange Is the New Black,' 'John Wick: Chapter 2' and 'Pitch Perfect 3.' In 2018 she was cast as The CW's new Batwoman, the first lesbian superhero on television.

Who Is Ruby Rose?

Born in 1986 in Melbourne, Australia, Ruby Rose got her start as a model before becoming a popular MTV VJ and a TV host in Australia. In 2008 she embarked on an acting career and had a major breakthrough when she was cast on the third season of Netflix's Orange Is the New Black in 2015. With the success of OITNB, Rose was subsequently cast in multiple Hollywood action films: Resident Evil: The Final Chapter (2016), xXx: Return of Xander Cage (2017), and John Wick: Chapter 2 (2017). She also tried her hand at musical comedy when she played a rival chanteuse in Pitch Perfect 3 (2017). In 2018 The CW announced it had cast Rose as its titular character in the upcoming Batwoman series, which will portray the superhero as an out-and-proud lesbian — the first gay superhero in television history. In addition to modeling, acting and hosting, Rose is also a DJ.

'Orange Is the New Black'

Beginning in 2015 Rose had her star turn when she was cast as sarcastic but stunningly good-looking Aussie inmate Stella Carlin on Season 3 and 4 of Netflix's hit show Orange Is the New Black.

"I’ve landed a role in arguably one of the biggest television shows in the world... I think I’m playing an American so I have this dialect coach I was training with every day to nail the accent," Rose told Variety when she initially heard she got the part of Stella. "And I get there and everything I had learned I had to unlearn in 20 seconds. But I’m really glad because it allowed them to take some liberties in the script using some lingo and even jokes involving dingos. Being able to play an Australian in an American-based show is also really cool; there aren’t many Australians playing Australians on TV."

With her newfound fame in the U.S., the media began describing Rose as everyone's new "girl crush," but she quickly shrugged off the hype, having learned her lesson as a celebrity in Australia.

Rose also showed both her humorous and musical side as the antagonistic band member Calamity in Pitch Perfect 3 (2017). In the summer of 2018, she also dipped her toe in the sci-fi horror shark flick The Meg alongside Jason Statham.

In August 2018, Rose's career continued to gain momentum with the announcement she had been selected as Batwoman on The CW's upcoming series of the same name, which has been receiving praise for portraying the first lesbian superhero in television history.

Rose, who dates women and describes herself as gender fluid, was excited to take on the role. “The bat is out of the bag and I am beyond thrilled and honored…. This is something I would have died to have seen on TV when I was a young member of the LGBT community who never felt represented on tv and felt alone and different,” she wrote on Instagram.

A woman of many talents, Rose has extended herself into music, releasing her first track "Guilty Pleasure" in 2012 with singer/songwriter Gary Go. She's also supported and helped release the single "On Your Side" by the Aussie pop duo The Veronicas.

When she's not acting, Rose works the DJ circuit, which she's been doing for years, and has recently been performing at New York City's nightclub Pacha.

"I am very gender fluid and feel more like I wake up every day sort of gender neutral," Rose admitted shortly after releasing her self-produced 2014 short film Break Free, which shows her undergoing a feminine to masculine transformation. "I think at this stage I will stay a woman but ... who knows. I'm so comfortable right now I feel wonderful about it, but I also fluctuate a lot."

Rose has publicly admitted to be a victim of sexual abuse. She suffers from bipolar disorder and depression.

Rose was briefly engaged to fashion designer Phoebe Dahl before ending their relationship in 2015. From 2016 to 2018, she dated The Veronicas pop star Jess Origliasso.

Ruby Rose Langenheim was born on March 20, 1986 in Melbourne, Australia. She was raised by a young, artistic single mother, whom she is close to and views as a role model.

At age 12, Rose openly discussed her sexual orientation to her mother, but at the time, she didn't know how to put a label on her feelings.

"I knew how I felt, I knew what I kind of identified as, but the words gay or lesbian, I didn't know anyone else that was gay or lesbian, so I didn't really know how to word it," she told the Today Show. "I was just like, 'I think I should let you know that when I eventually get a boyfriend, it will be a girl.'"

After finishing second place in a local model search, Rose dove into the modeling and fashion industry before becoming a popular MTV VJ.