Who Is Sandra Bullock? 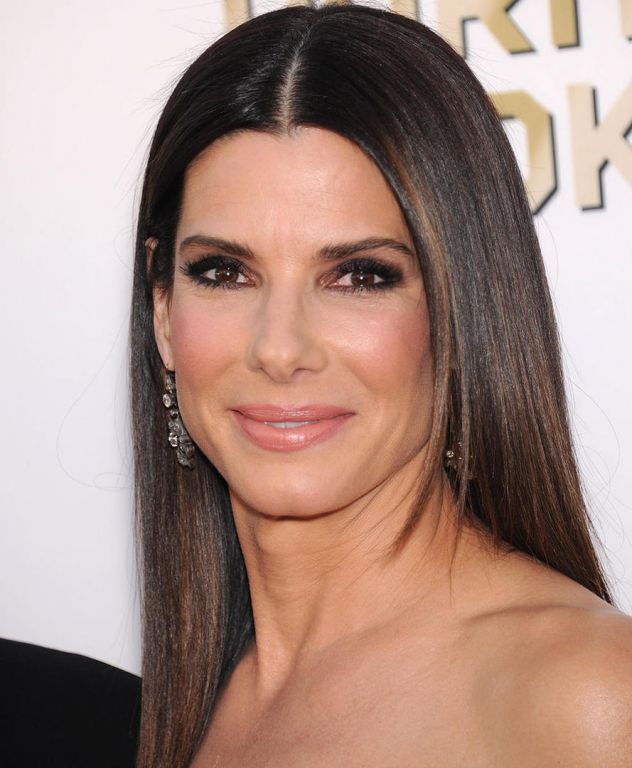 Academy Award-winning actress Sandra Bullock is known for her roles in such films as 'Speed,' 'The Proposal,' 'The Blind Side' and 'Gravity.'

Who Is Sandra Bullock?

Born on July 26, 1964, in Arlington, Virginia, Sandra Bullock made her first stage appearance at age five in an opera in Germany. She later became widely known for her role in the 1994 hit Speed. She has since starred in many more films, and won a Best Actress Academy Award and Golden Globe for her performance in The Blind Side (2009), based on the true-life story of football player Michael Oher. In 2013 she starred alongside George Clooney in the critically acclaimed blockbuster Gravity. She was named Entertainer of the Year by Entertainment Weekly in both 2009 and 2013.

Bullock married Jesse James, star of the TV hit Monster Garage, on July 16, 2005. The couple divorced in June 2010, after news of his affair with tattoo model Michelle McGee hit tabloids. James later apologized for the incident, but Bullock filed for divorce and announced that she would retain sole custody of her newly adopted son, Louis. The actress later began dating model and photographer Bryan Randall.

In December 2015 Bullock announced that she had adopted a three and a half year-old baby girl, Laila, from a Louisiana foster home.

"When I look at Laila, there’s no doubt in my mind that she was supposed to be here," Bullock told People. "I can tell you absolutely, the exact right children came to me at the exact right time."

Bullock landed her first gig at the age of 21 in an off-Broadway production of No Time Flat. She used the critical acclaim for her performance to land an agent, but her early acting jobs, which included bit parts in television and B-movies, were unsuccessful and sometimes embarrassing. Bullock made a short run as Tess McGill on the ill-fated NBC sitcom Working Girl (based on the hit movie of the same name), followed by a co-starring role in the romantic comedy Love Potion No. 9 (1992).

In 1993 Bullock replaced Lori Petty in the futuristic Sylvester Stallone vehicle Demolition Man, but critics largely panned the film as "incoherent" and "one-dimensional." It was from the box-office hit Speed (1994) that she first earned widespread recognition. Playing opposite Keanu Reeves, Bullock's plucky performance helped propel the commercial success of what was an otherwise generic action feature.

'While You Were Sleeping' to 'Miss Congeniality'

In the mid-1990s, Bullock appeared in a steady stream of big-budget productions of varying commercial success. While films like While You Were Sleeping (1995), The Net (1995) and A Time to Kill (1996) performed well, others such as Two If By Sea (1996) and Speed 2: Cruise Control (1997), were box-office flops. Bullock starred with Nicole Kidman in the comedy Practical Magic (1998) and opposite Harry Connick Jr. in Hope Floats that same year. In an attempt to expand her dramatic range, Bullock appeared as an alcoholic newspaper columnist sent to rehab in 28 Days (2000). The film, a mix of dark comedy and melodrama, received tepid reviews, although her beauty pageant comedy Miss Congeniality (2000) did well at the box office.

'The Divine Secrets of the Ya-Ya Sisterhood'

After a brief hiatus, Bullock returned in early 2002 with Murder by Numbers, a crime thriller in which she plays a detective responsible for tracking down a duo of thrill-killers. During the same year, she also appeared in a film version of the best-selling novel The Divine Secrets of the Ya-Ya Sisterhood and Two Weeks' Notice, a romantic comedy co-starring Hugh Grant.

Dividing her time between comedy and drama, Bullock starred in Miss Congeniality 2: Armed and Fabulous (2005) and the romantic drama The Lake House with Speed co-star Reeves. In Infamous (2006), an adaptation of a George Plimpton book about Truman Capote, she portrayed writer Harper Lee. Bullock then starred alongside Julian McMahon in the domestic thriller Premonition (2007), playing a wife and mother who tries to prevent her husband's death after experiencing a vision of his demise.

In 2009 Bullock returned to her romantic-comedy roots with two projects. The Proposal featured Bullock as a tough-as-nails boss who must marry her assistant, played by Ryan Reynolds, to avoid being deported; the movie became a huge box-office smash that netted more than $300 million worldwide. All About Steve (2009), however, proved to be a critical and commercial dud. In the film, Bullock played a woman who becomes obsessed with a television cameraman, played by Bradley Cooper, after going on a blind date with him.

'The Blind Side' Wins Bullock an Oscar

Bullock enjoyed a career breakthrough with the sports drama The Blind Side (2009), based on the true-life story of African-American professional football player Michael Oher. She starred as Leah Anne Touhy, a suburban wife and mother who brings Oher (played by Quinton Aaron), a homeless teenager, into her family and helps him overcome his personal challenges. The touching drama earned Bullock an Academy Award for Best Actress, and she also won a Golden Globe for her work.

After the success of The Blind Side, Bullock largely stepped out of the Hollywood's spotlight for a time. She made a tremendous return in 2013 with the box-office hit The Heat with Melissa McCarthy. The duo played a pair of mismatched law enforcement agents out to take down a drug lord in this buddy comedy. The film made an impressive debut, bringing in more than $40 million in its first weekend and going on to earn more than $220 million internationally.

Bullock followed with another huge success in 2013, taking on the lead role of a medical engineer and astronaut in the film Gravity, directed by Alfonso Cuarón and co-starring George Clooney. The blockbuster film was highly praised for its visually stunning effects and stellar performances. Though it cost $80 million to create, the film raked in more than $720 million at the worldwide box office and generated a second Academy Award nomination for Bullock, with Cuarón winning two Oscars for his visionary direction and film editing.

'Our Brand Is Crisis'

In 2015 Bullock's voice could be heard inhabiting the character Scarlet Overkill in the animated feature Minions. Then in the fall she co-starred with Billy Bob Thornton in the political comedy Our Brand Is Crisis, based on a well-received 2005 documentary about American consultants working with a Bolivian presidential candidate.

In 2018 Bullock led an all-star female cast — which included the likes of Cate Blanchett, Mindy Kaling, Anne Hathaway and Sarah Paulson — in the heist comedy Ocean's 8, a spinoff of the Ocean's franchise by Steven Soderbergh. In the film, Bullock plays Debbie Ocean, the estranged sister of Danny Ocean who carries on the family tradition of being a professional thief.

Actress Sandra Annette Bullock was born on July 26, 1964, in Arlington, Virginia, to a German opera singer and a voice teacher. Bullock grew up largely on the road. She studied music and dance while she traveled throughout Europe, and made her first stage appearance at the age of five in a small role for an opera in Nuremburg, Germany. The performance helped her to develop a love of the stage, and she began appearing regularly in the Nuremburg children's choir.

When Bullock was 12, her family moved back to the Washington, D.C. area, where she attended Washington-Lee High School. Bullock had no problem fitting in, becoming involved in cheerleading and school theater productions until her graduation in 1982. Bullock then enrolled at East Carolina University in Greenville, North Carolina, to study acting. However, she left college only three credits shy of her bachelor's degree, and moved to New York in 1986 to pursue acting in earnest. She joined the Neighborhood Playhouse Theatre, where she took acting classes, and supported herself with waitressing and bartending work.

Did You Know?
Sandra Bullock is the only person to be named 'Entertainer of the Year' twice by Entertainment Weekly, having gained the honor in 2009 and 2013.