Who Is St. Nicholas? 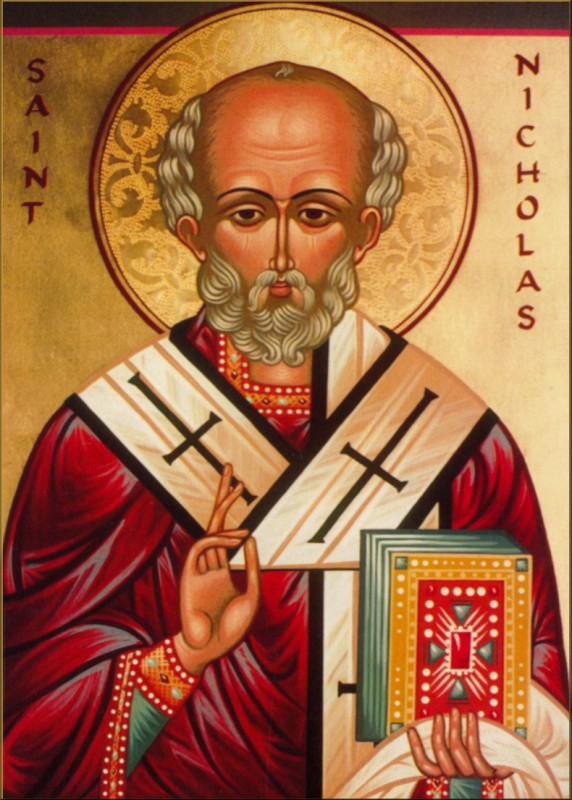 St. Nicholas was a Christian bishop who provided for the poor and sick, and is the basis for the popular character of Santa Claus.

Who Was St. Nicholas?

Born in Patara, a land that is part of present-day Turkey, circa 280, St. Nicholas was a Christian bishop who helped the needy. After his death, the legend of his gift-giving grew. St. Nicholas transformed into the legendary character called Santa Claus, who brings Christmas presents to children around the world.

St. Nicholas was born circa 280 in Patara, Lycia, an area that is part of present-day Turkey. He lost both of his parents as a young man and reportedly used his inheritance to help the poor and sick. A devout Christian, he later served as bishop of Myra, a city that is now called Demre.

There are many legends about St. Nicholas of Myra. One story tells how he helped three poor sisters. Their father did not have enough money to pay their dowries and thought of selling them into servitude. Three times, St. Nicholas secretly went to their house at night and put a bag of money inside. The man used the money so that one of his daughters could marry. On the third visit, the man saw St. Nicholas and thanked him for his kindness. He also reportedly saved three men who were falsely imprisoned and sentenced to death.

Several sources state St. Nicholas is believed to have died on December 6, 343. Over the years, stories of his miracles and work for the poor spread to other parts of the world. He became known as the protector of children and sailors and was associated with gift-giving. He was a popular saint in Europe until the time of the Reformation in the 1500s, a religious movement that led to the creation of Protestantism, which turned away from the practice of honoring saints. St. Nicholas, however, remained an important figure in Holland.

The Dutch continued to celebrate the feast day of St. Nicholas, December 6. It was a common practice for children to put out their shoes the night before. In the morning, they would discover the gifts that St. Nicholas had left there for them. Dutch immigrants brought the legend of St. Nicholas, known to them as Sint Nikolaas or by his nickname, Sinterklaas, to America in the 1700s.

St. Nicholas went through many transformations in America: Sinterklaas became Santa Claus, and instead of giving gifts on December 6, he became a part of the Christmas holiday. In the 1820 poem "An Account of a Visit from St. Nicholas" by Clement Clarke Moore, he is described as a jolly, heavy man who comes down the chimney to leave presents for deserving children and drives a sleigh pulled by flying reindeer. The cartoonist Thomas Nast added to the St. Nicholas legend with an 1881 drawing of Santa as wearing a red suit with white fur trim. Once a kind, charitable bishop, St. Nicholas had become the Santa Claus we know today.

In 2017, a team from the University of Oxford radio carbon tested a fragment of a pelvic bone said to be from St. Nicholas. The test confirmed that the bone fragment, owned by an American priest, dated from the saint's era.

Archaeologists then hoped to match the bone to others purportedly belonging to St. Nicholas, including those housed in a crypt in Bari, Italy, since the 11th century.