Maid: Hard Work, Low Pay, and a Mother's Will to Survive by Stephanie Land 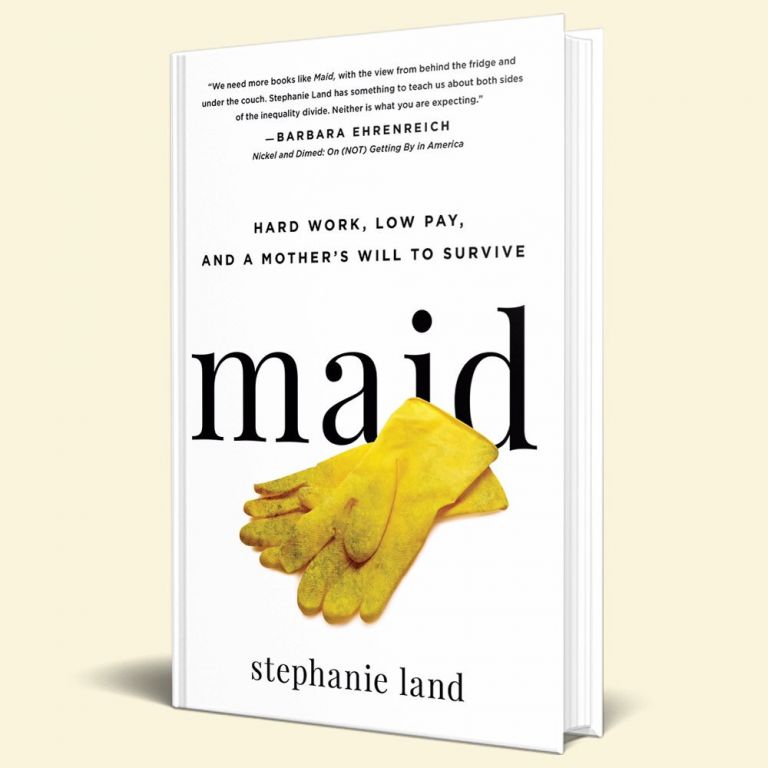 Evicted meets Nickel and Dimed in Stephanie Land's memoir about working as a maid, a beautiful and gritty exploration of poverty in America. Includes a foreword by Barbara Ehrenreich.

At 28, Stephanie Land's plans of breaking free from the roots of her hometown in the Pacific Northwest to chase her dreams of attending a university and becoming a writer, were cut short when a summer fling turned into an unexpected pregnancy. She turned to housekeeping to make ends meet, and with a tenacious grip on her dream to provide her daughter the very best life possible, Stephanie worked days and took classes online to earn a college degree, and began to write relentlessly. She wrote the true stories that weren't being told: the stories of overworked and underpaid Americans. Of living on food stamps and WIC (Women, Infants, and Children) coupons to eat. Of the government programs that provided her housing, but that doubled as halfway houses. The aloof government employees who called her lucky for receiving assistance while she didn't feel lucky at all. She wrote to remember the fight, to eventually cut through the deep-rooted stigmas of the working poor.

Maid explores the underbelly of upper-middle class America and the reality of what it's like to be in service to them. "I'd become a nameless ghost," Stephanie writes about her relationship with her clients, many of whom do not know her from any other cleaner, but who she learns plenty about. As she begins to discover more about her clients' lives-their sadness and love, too-she begins to find hope in her own path.

Her compassionate, unflinching writing as a journalist gives voice to the "servant" worker, and those pursuing the American Dream from below the poverty line. Maid is Stephanie's story, but it's not her alone. It is an inspiring testament to the strength, determination, and ultimate triumph of the human spirit.