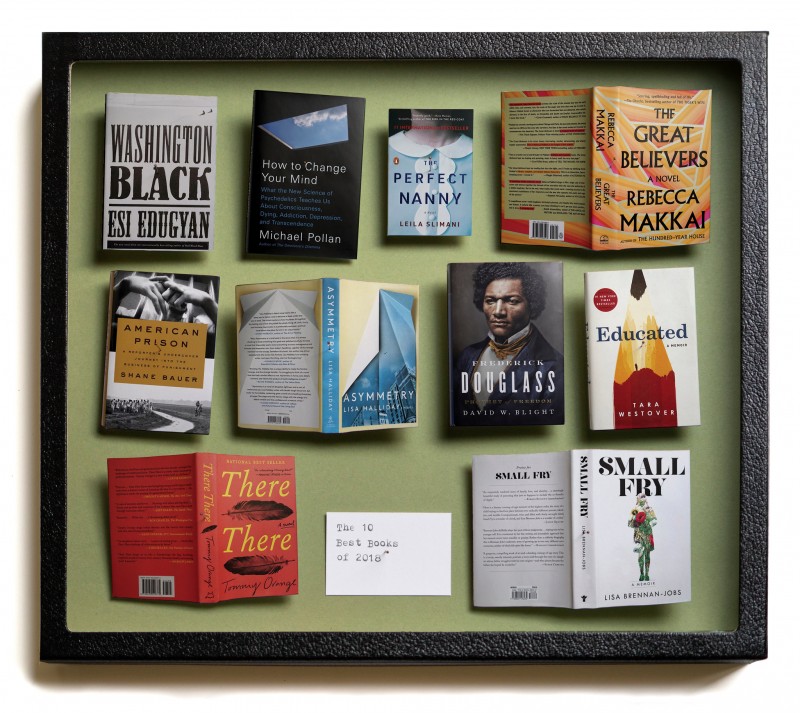 The editors of The Times Book Review choose the best fiction and nonfiction titles this year. 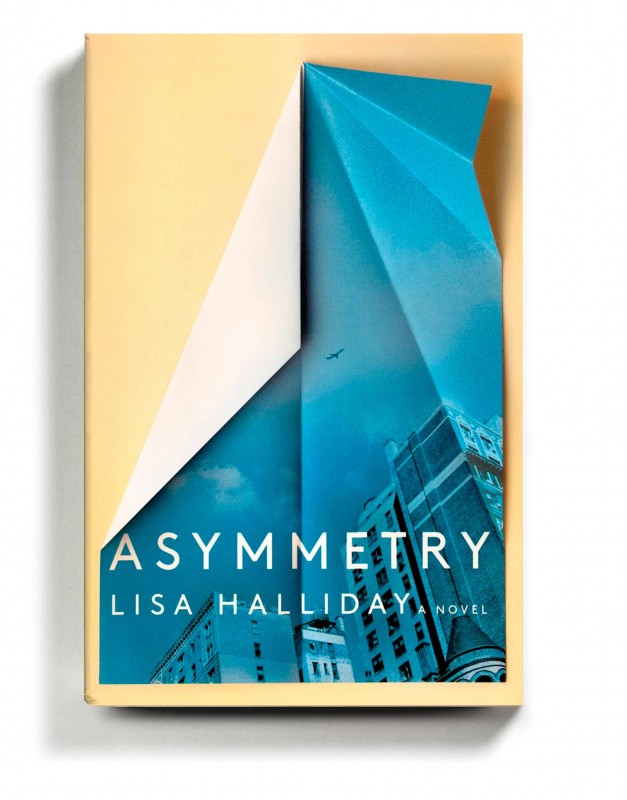 In “Asymmetry,” two seemingly unrelated sections are connected by a shocking coda. The first, “Folly,” is the story of a love affair. It narrates the relationship between Alice, a book editor and aspiring writer in her mid-20s, and Ezra Blazer, a brilliant, geriatric novelist who is partly modeled on Philip Roth. The second section — “Madness” — belongs to Amar Jaafari, an Iraqi-American economist who is being detained at Heathrow. Halliday’s prose is clean and lean, almost reportorial in the style of W.G. Sebald. This is a first novel that reads like the work of an author who has published many books over many years, and it manages to be, all at once, a transgressive roman à clef, a novel of ideas and a politically engaged work of metafiction.

The Great Believers By Rebecca Makkai 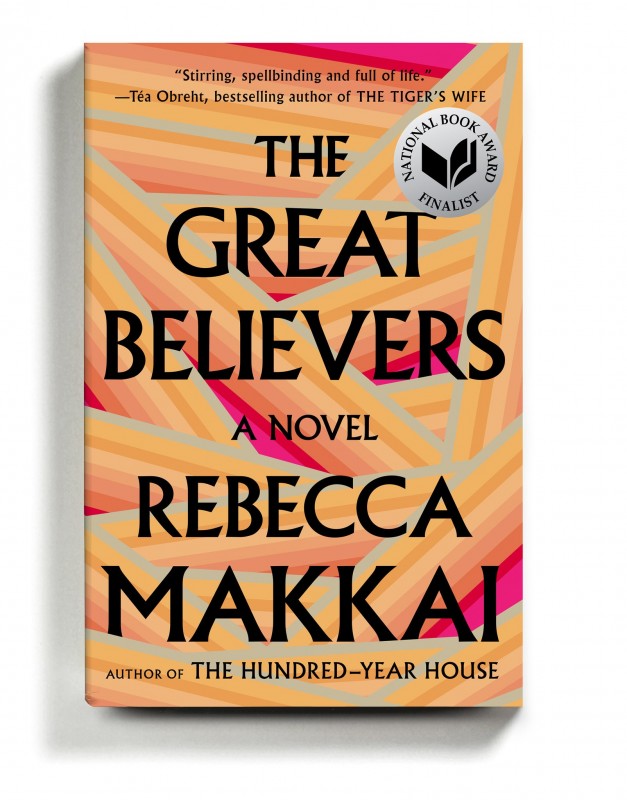 Set in the Chicago of the mid-80s and Paris at the time of the 2015 terrorist attacks, Makkai’s deeply affecting novel uses the AIDS epidemic and a mother’s search for her estranged daughter to explore the effects of senseless loss and our efforts to overcome it. Her portrait of a group of friends, most of them gay men, conveys the terrors and tragedies of the epidemic’s early years and follows its repercussions over decades. Empathetic without being sentimental, her novel amply earned its place among the contenders for the Booker Prize and the National Book Award.

The Perfect Nanny By Leila Slimani 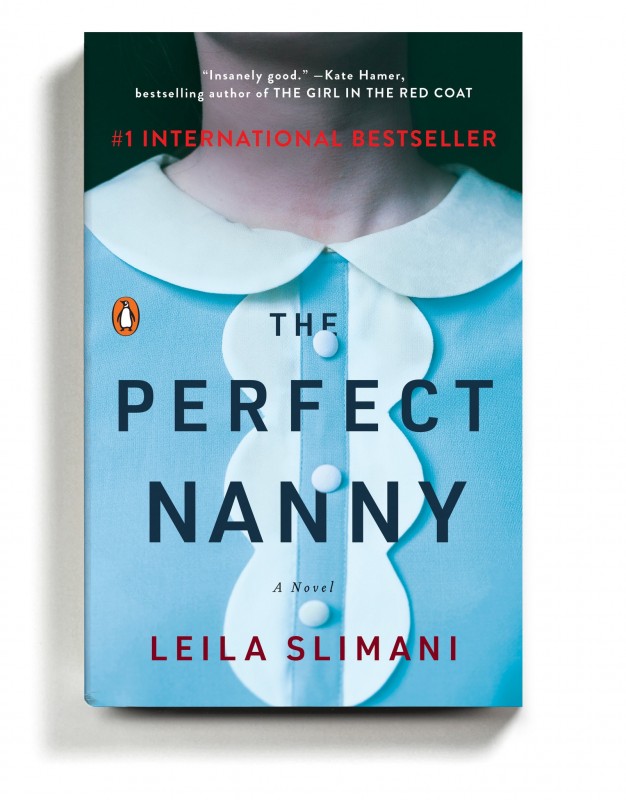 We know from the outset of this unnerving cautionary tale (winner of the Goncourt Prize) that a beloved nanny has murdered the two children in her care; but what’s even more remarkable about this unconventional domestic thriller is the author’s intimate analysis of the special relationship between a mother and the person she hires to care for her offspring. Slimani writes devastating character studies, and she also raises painful themes: the forbidden desires parents project onto their nannies, racial and class tensions. In this mesmerizingly twisted novel, only one thing is clear: Loneliness can drive you crazy.

There There By Tommy Orange 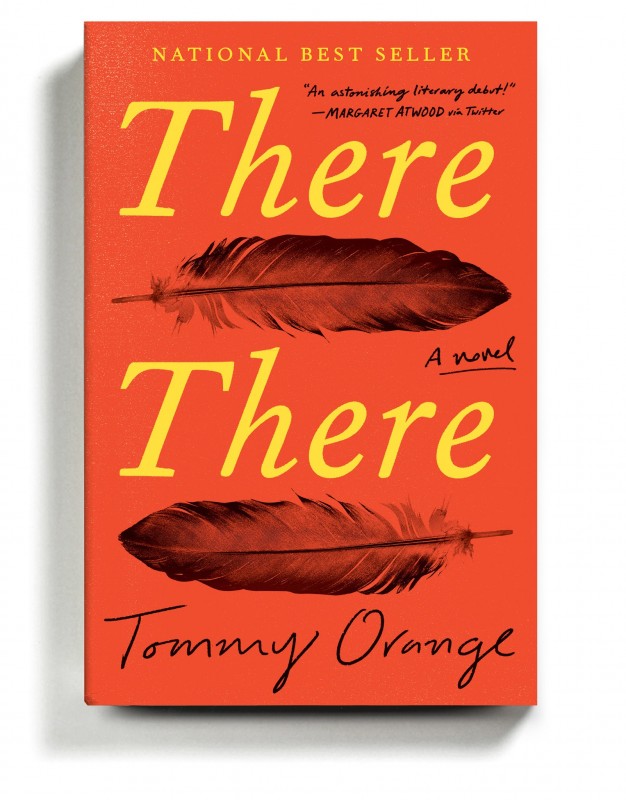 Orange’s debut is an ambitious meditation on identity and its broken alternatives, on myth filtered through the lens of time and poverty and urban life. Its many short chapters are told through a loosely connected group of Native Americans living in Oakland, Calif., as they travel to a powwow. They are all, as in Chaucer, pilgrims on their way to a shrine, or, as in Faulkner’s “As I Lay Dying,” an extended family crossing the landscape. The novel is their picaresque journey, allowing for moments of pure soaring beauty to hit against the most mundane, for a sense of timelessness to be placed right beside a cleareyed version of the here and now. 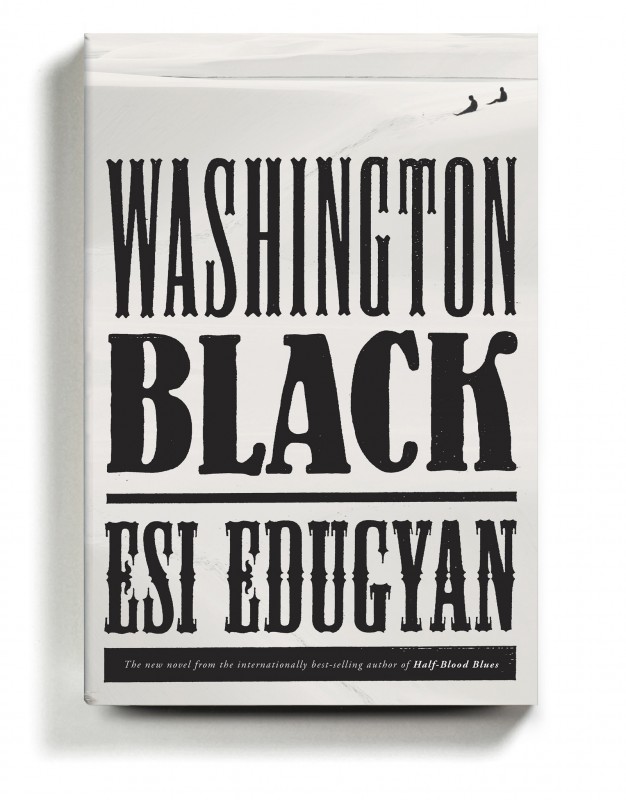 This transcendent work of empathy and imagination, the 2018 winner of Canada’s prestigious Giller Prize, opens on a sugar plantation in British Barbados in the waning days of slavery and, against that backdrop of unconscionable brutality, quickly tips us into a new world of possibility: one in which men take to the skies in hot-air balloons, dive to mysterious ocean depths and cross the Arctic on foot. Most daringly, it is a world in which a white slave master’s brother and a young black slave can forge an indelible bond. With subtlety and eloquence, Edugyan unfolds a wondrous tale of exploration and discovery. 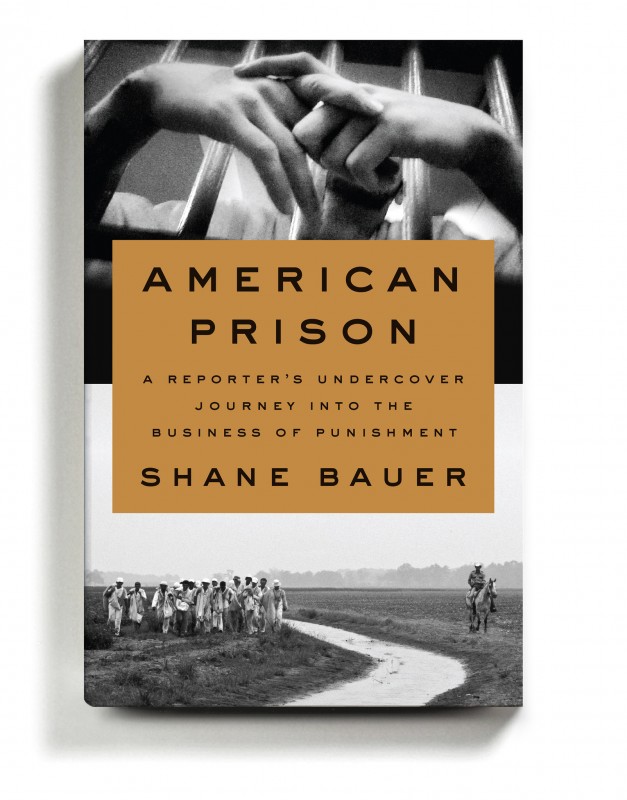 Bauer moved to rural Louisiana in 2014 to work undercover as a guard at the Winn Correctional Center, a privately run prison. He lasted four months before his deception was discovered, but that turned out to be more than sufficient to write a searing exposé for Mother Jones, which earned him a National Magazine Award and an invitation to speak to officials in Washington about problems in for-profit prisons. With this book, Bauer has expanded his article into a comprehensive analysis impossible to ignore. His book is a meticulous catalog of horrors, from the historical precursors — the practice of convict-leasing at Southern prisons after the Civil War, in which inmates were rented out to companies as a captive work force — to the rampant violence, neglect and incompetence that pervade a multibillion-dollar industry. 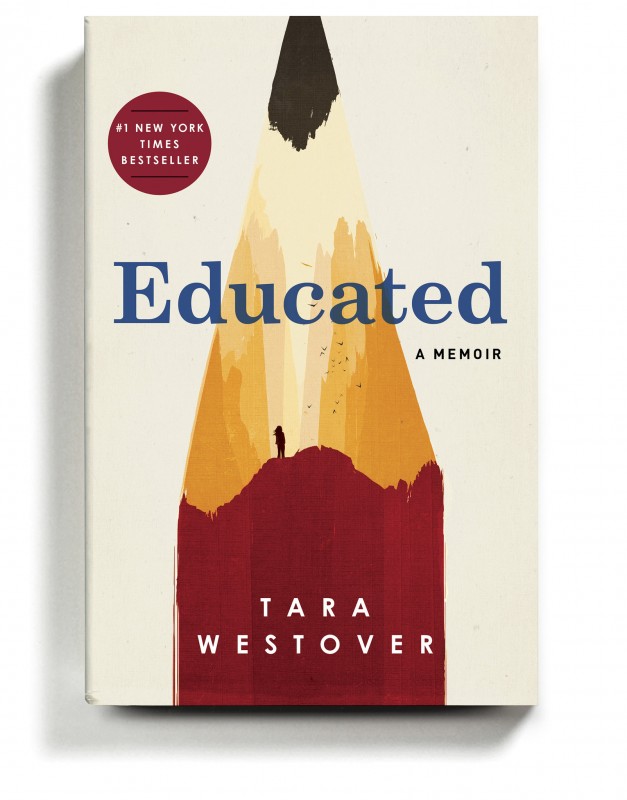 Westover’s extraordinary memoir is an act of courage and self-invention. The youngest of seven children, she grew up in Idaho, in a survivalist family who lived so far off the grid that she lacked even a birth certificate and did not attend school until she went to college. Getting in wasn’t obvious: At home, reading meant studying the Bible and the Book of Mormon, and much of her childhood was spent helping her mother, an unlicensed midwife, and her father, a paranoid man who maintained a scrap-metal junkyard. In recounting her upbringing and her triumph over it — she would earn a Ph.D. in history at Cambridge — Westover took great risks and alienated family members. The reward is a book that testifies to an irrepressible thirst to learn. 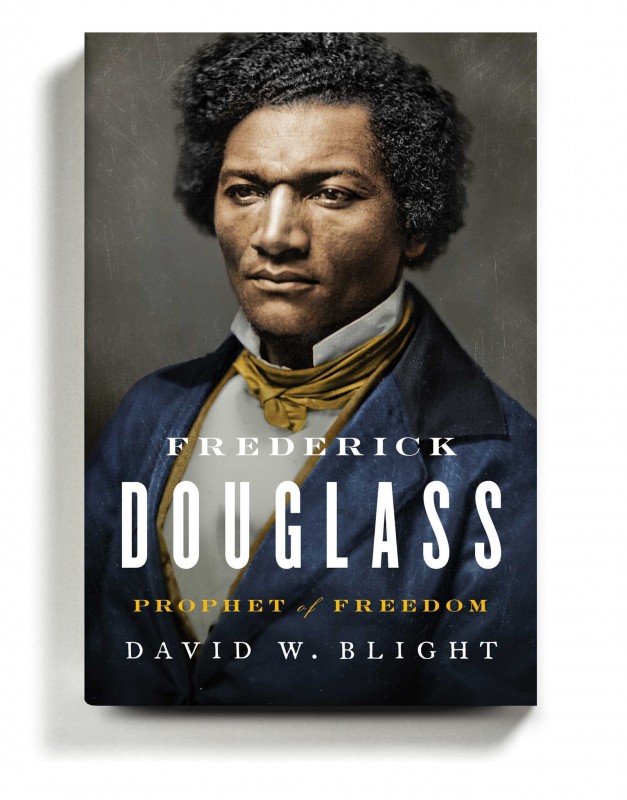 A monumental work about a monumental figure. The charismatic Douglass was Abraham Lincoln’s conscience, so to speak, and Blight’s detailed, cinematic biography is the result of a lifetime of engagement with his subject. Douglass wrote three autobiographies himself, describing his rise from slavery to a role as one of the greatest figures of the 19th century, but Blight’s work is fuller than any of those, relating both the public and private life in a way that Douglass either could not or would not undertake. The result is a portrait that is likely to stand as the definitive account for years to come.

How to Change Your Mind By Michael Pollan 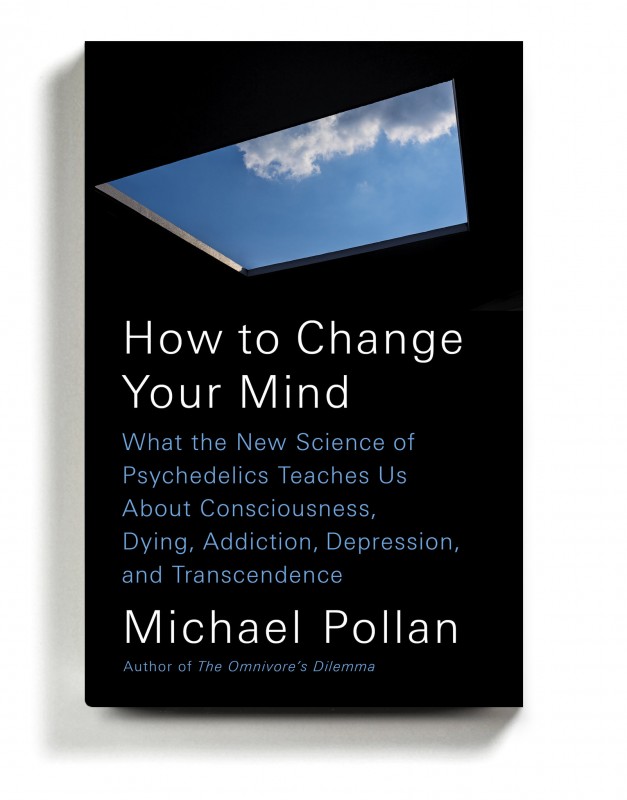 Best known for his work on the ethics of eating, Pollan delivers his most personal book yet, one that demanded he drop acid in full view of the reader. Exploring the history and science of psychedelics, he tells of the rise and fall and rise again of our societal interest in these drugs, which are now thought to have many benefits, from helping with addiction to easing the terror of the terminally ill. The book hits its high point when he examines the mysticism and spirituality of the psychedelic experience. What can we learn about ourselves when the part of our mind controlling the ego drops away? What is this older, more primitive part of the brain, which connects us to how a child sees the world? It’s a trip that leads him to wonder about how, ultimately, we can get the most out of our existences as conscious beings in the world. 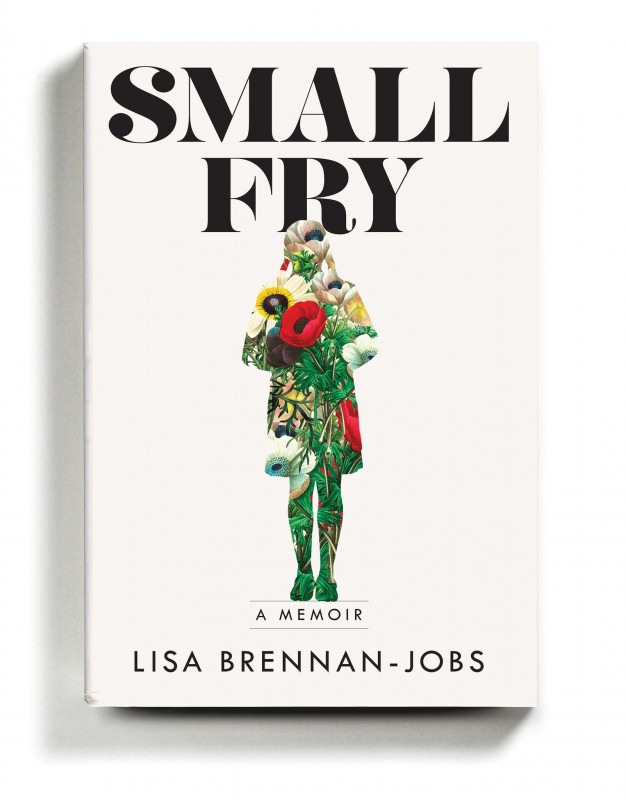 Brennan-Jobs grew up shuttling between two starkly different worlds: the bohemian, peripatetic world of her mother, an unstable and impoverished artist, and the luxurious world of her cruel and increasingly wealthy father, Steve Jobs. She provides indelible portraits of both parents, recreating the fraught landscape of her childhood in Palo Alto through the careful accretion of exquisitely granular detail. Her memoir is a work of uncanny intimacy, the debut of a singular literary sensibility. Ultimately, though, it is her portrayal of Jobs as a man prone to mind-boggling acts of emotional negligence and abuse that gives this book its overlay of devastation.