Aging bull does not go quietly into the night, swipes Nürburgring record on the way out 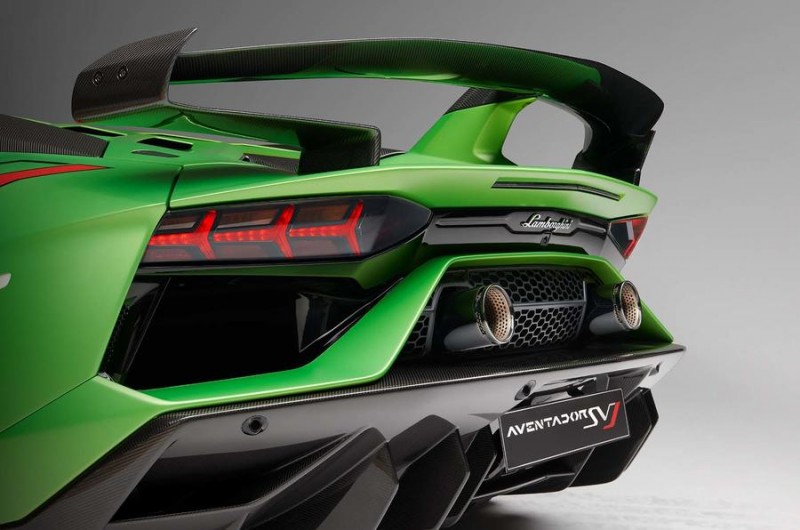 Lisbon, Portugal — A half-decade before the Lamborghini Aventador SVJ entered the world, the roaring, snorting automotive malfeasance that was the original Aventador served up a wicked paradox to the supercar faithful. Though it bore all the markings of an indomitable flagship—scissor doors, massive V-12, jaw scraping silhouette—those primordial markers didn’t exactly translate to greatness on the racetrack. And while it had ludicrous hardware and visual shock and awe to spare, the O.G. Aventador shifted tentatively and cornered ponderously, making it an unfortunate weapon of choice for the racetrack.

What a difference five years makes.

Hot on the heels of the upgraded and refined suspension and steering setups that marked the debut of the Aventador S, the SVJ earned its fate-defining headline the old fashioned way: by scoring the fastest production car record around the Nürburgring Nordschleife, smashing Porsche’s title along the way. The biggest indicator of the best-of-times state of today’s supercars? The fact that the smaller, nimbler, and supposedly more venerable Huracán Performante’s Nürburgring ranking has slipped to fourth place, behind its big brother SVJ, the Porsche 911 GT2 RS, and the Radical SR8 LM. 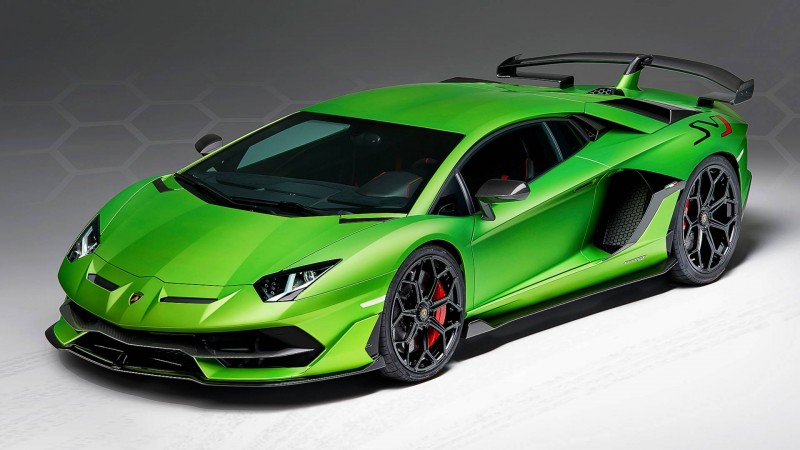 It’s at the Estoril circuit on the outskirts of Lisbon—a spot where F1 legends earned their keep in Technicolor glory—that I find myself behind the wheel of the Lamborghini that now claims the greatest power-to-weight ratio in Sant’Agata history. The 2.598-mile circuit, which also happens to be where McLaren recently launched the million-dollar Senna, promises to fully evoke the top dog Lamborghini’s fearsome soul with its 13 technical corners and lengthy straight. But it turns out the circuit was repaved only two weeks ago, an unfortunately timed update that introduces an ice-like surface that only gets slicker with sunshine as the heat releases chemicals and residues, further reducing friction. Sigh.

Thus, with a heavy heart (and an earful of naturally aspirated sonic pleasure), I nestle into the idling Aventador SVJ’s fixed racing seat, ready to attempt the seemingly contradictory task of testing its limits on a limited friction surface. The stiff perch is wide enough to contain a human larger than myself, but nonetheless feels appropriately uncompromised for the rigors of the racetrack. In the customizable EGO mode, I go for broke right off the bat, selecting the most aggressive Corsa setting for drivetrain (which sets the 6.5-liter V-12 and 7-speed single clutch gearbox to ‘stun’), steering (which heightens effort while maintaining a constant ratio), and suspension (which provides maximum stiffness to the adaptive magnetic dampers.) The resulting mechanical alchemy, it turns out, is like bringing a laser vaporizer to a zombie attack. Just pulling out of the pits, the throttle responds with startling alacrity and I jerk the car forward like a pre-teen with a learner’s permit. The SVJ’s steering responds with similar sharpness, imparting a trajectory that can sometimes feel exaggerated at turn-in thanks to the four wheel steering system, which countersteers the rear wheels at lower speeds. Acceleration is intense as I follow the blend line onto the track, slamming me back before crescendoing, pausing briefly, and jerking again with the staccato shift of the 7-speed. Though it manages to swap cogs better than ever, it still lacks the smoothness of virtually all of its competitors. These animal sensations have become relatively alien in these times of muted turbocharged powerplants and Teflon-slick dual-clutch transmissions. But they also provide a deliciously rude awakening for those accustomed to the polite expedience of modern supercars. Estoril, I’m comin’ atcha. 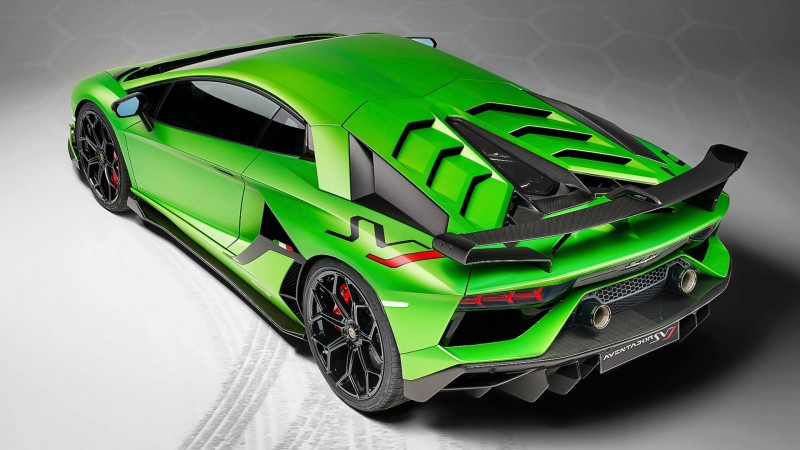 It takes multiple laps to adapt to this more capable, yet equally sharp-edged Aventador. For starters, the four-wheel steering system removes some of the sugary ease of hustling a Huracán Performante through a corner; delicate inputs are required (especially when set to Corsa) in order not to overdo it at corner entry. The ratio is quick, demanding smooth, measured inputs; along with the slick track surfaces, these dynamics require equal measures of caution and bravado. Because traction control is more restrictive in Corsa than Sport mode, the SVJ feels less playful and willing to slide its tail. But the setting is also optimal for faster lap times. I can still feel weight transfer when I release that trigger-sharp throttle, but the electronics also step in noticeably and catch the tail when I come in hot on the final corner, a long sweeper that leads to an enormous straightaway. This is not necessarily a bad thing, as the SVJ picks up speed quickly and lays the power down on corner exit better thanks to the four wheel steering and added downforce. Ameliorating the risk factor is also the all-wheel drive system, which uses a Haldex differential to route 40 percent of power through the front wheels, helping to propel it out of a corner. 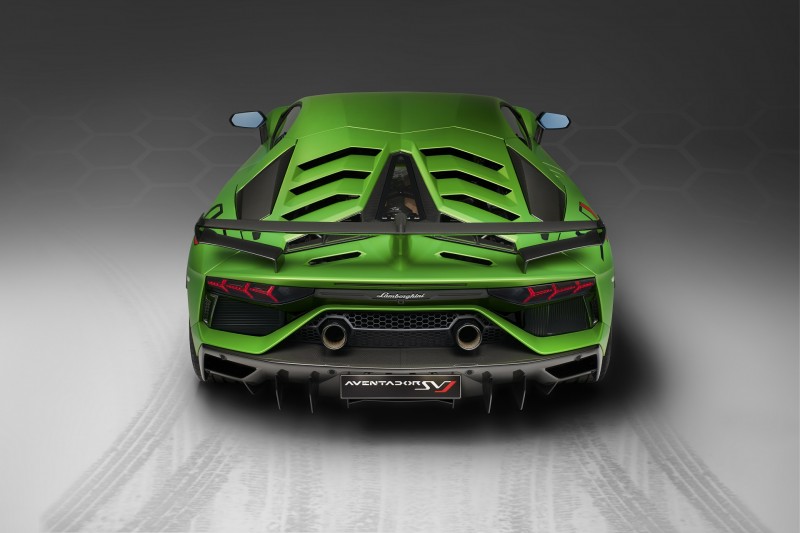 Transforming the Aventador S into a track beast capable of unseating its smaller, nimbler, V-10-powered stablemate required a considerable mechanical reworking. For starters, the mid-mounted 6.5-liter V-12 now churns 759 horsepower and 531 lb-ft of torque, an improvement of 69 hp and 22 lb-ft. The greater grunt comes thanks to lower friction components, titanium valves with a more aggressive valve lift strategy, and larger intake runners, among other tricks. Lamborghini’s ALA active aerodynamics package has been inherited from the Huracán, with upgrades that merit a 2.0 designation. The system, as with the setup in its littler brother, uses small electric motors to strategically channel air through the front splitter and the rear. Unlike the Senna’s moveable spoiler, the SVJ disrupts the rear spoiler’s downforce by shifting the airflow, effectively stalling the wing and creating a zero lift scenario. In full effect, up to 1,100 pounds of downforce can be created at vMax (which should come in at around 220 mph when official numbers are released). Furthering the cornering cause is the so-called aero vectoring effect, which can divert air to either side of the wing to create downforce on one side, helping rotate the car through corners. Lamborghini says the system improves aero-loading by 30 percent over the Huracán Performante, and creates 40 percent more downforce than the previous Aventador SV. The SVJ’s claimed 3,615 lb curb weight matches the SV’s, with the weight reduction ameliorated by the addition of active aero and four-wheel steering hardware. 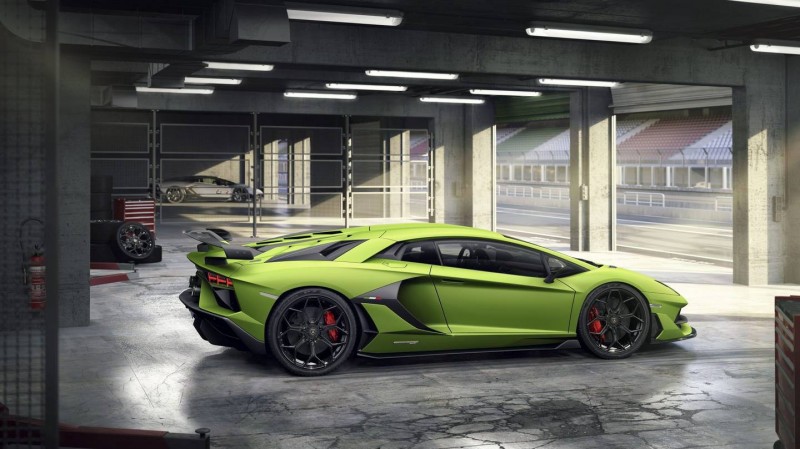 Since there’s so much electronic wizardry going on between the active aero, four-wheel steering, and adjustable dampers, I switch the steering and suspension to Sport during my second session, hoping to get a better grasp of this bucking bull of a supercar. The setup makes the SVJ feel instantly more at ease, enabling an incrementally more manageable, less manic drive through Estoril’s esses and straights. A brutal stab of the brakes after hitting an indicated 175 mph along the straightaway creates a bit of skittishness at the tail, which I suspect might have resulted from the inevitable engineering reality that rear wheel deflection is likelier when the four wheel steering hardware introduces an element of instability to the rear end. Fixing those two wheels firmly to chassis would go a long way towards stabilizing the tail. Comparison to the McLaren Senna here is inevitable, particularly because the McLaren decelerates with the certainty and solidity of an aircraft carrier arrestor cable. On the other hand, the Senna is some $441,196 dearer than the Lambo and built of more unobtainium than you can shake a carbon fiber stick at. But the SVJ is also an entirely different beast, one whose aesthetic charisma evokes sexier, more Italianate emotions. The supremely capable Senna takes the company’s racing learnings and applies them into a utilitarian, track-focused tool; the Lamborghini, though engineered with Teutonic guidance from the Volkswagen Group, remains an emotional animal that requires a bit of patience and deliberation to master, especially when the wild card of an unexpectedly slick track is thrown into the mix. 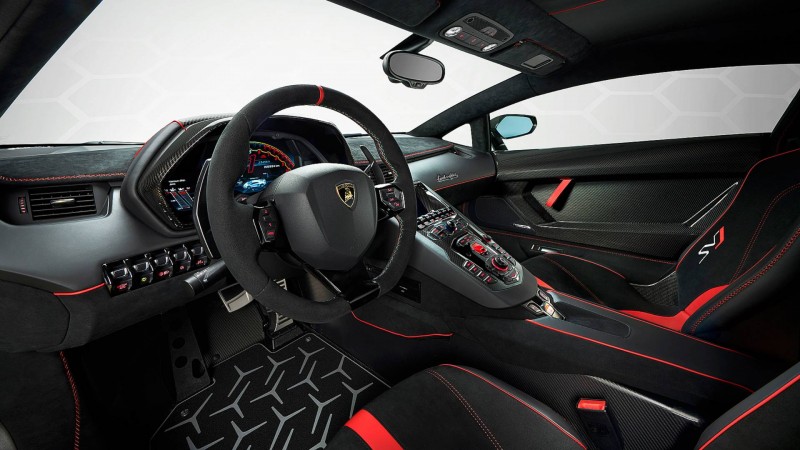 Following my final session in the SVJ, a debrief with Chief Technical Officer Maurizio Reggiani reveals that Lamborghini test driver Marco Mapelli scored the Nürburgring record with the drivetrain in Corsa and the steering in Sport, because he wanted a lighter effort over the famously demanding 12.9-mile course and didn’t mind the Sport setting’s variable steering ratio setup. Interestingly, Mapelli said the suspension was set to Sport, though other sources say it was actually in its mildest setting, Strada.

Still buzzing from the SVJ’s sensory overload, I ponder the curiosity of this wondrous moment in history when street cars are capable of producing considerably more power than race cars and packing technology that would very likely be banned in competition. From that vantage point the Lamborghini Aventador SVJ is a double curiosity, not only because it has managed to overcome the limitations of its challenging package and single-clutch transmission, but also since it has stubbornly retained its gloriously sonorous naturally aspirated V-12. After lapping Estoril more than a dozen times, I’m left wanting more—hungry to fiddle more with the settings, try different lines, and tame that damn slip ’n slide of a track. It’s fair to say the SVJ’s fascinating combination of traditional non-turbocharged engine tech and forward thinking handling and aerodynamics have created a different sort of paradoxical matrix, one that finally brings the Aventador into the forefront of the supercar conversation.