2019 Motorcycles We Can’t Wait To Ride 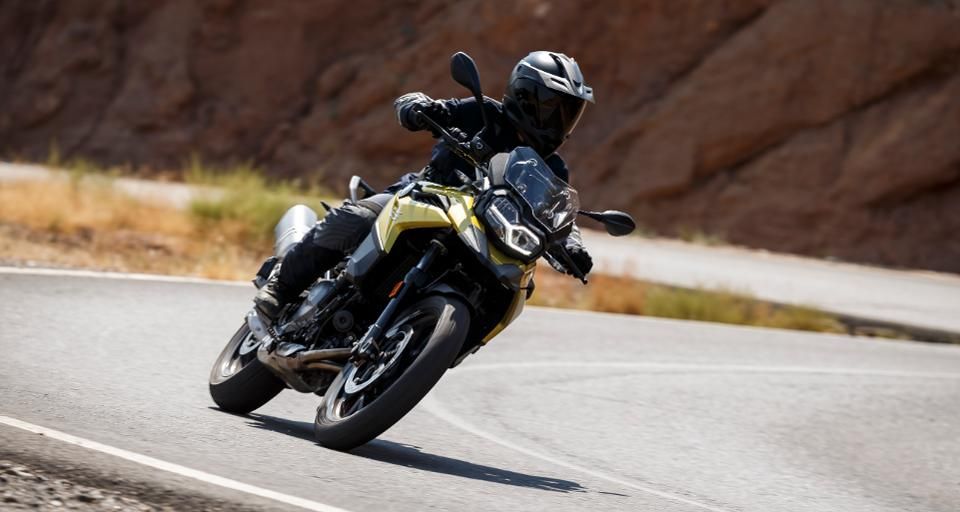 This has been an exciting year in the two-wheeled world, especially for women riders.

While men still make up the lion’s share of motorcyclists worldwide, the number of women who own bikes—and thus ride them—has more than tripled in just under three decades. In 1990, the Insurance Institute for Highway Safety reported that only six percent of motorcycle owners were women. That figure is closer to 20 percent today, according to the Motorcycle Industry Council. And it's going to grow even higher.

“When you look at younger generations of riders coming up there are even more women riders,” says Ty Van Hooydonk, vice president of communications for the MIC. “I would anticipate that the ownership levels among women will quickly rise to 25 percent or beyond in the next few years. Some of the younger generations, like Gen X and Gen Y, are already there.”

Regardless of gender, motorcycle enthusiasts will have plenty of new two-wheelers to play with in the new year. Throwback bikes are hot right now. So are sport bikes (but what's new). Here, check out the 8 motorcycles that we can’t wait to ride in 2019. Oh... and one honorable mention that will appeal to any rider. 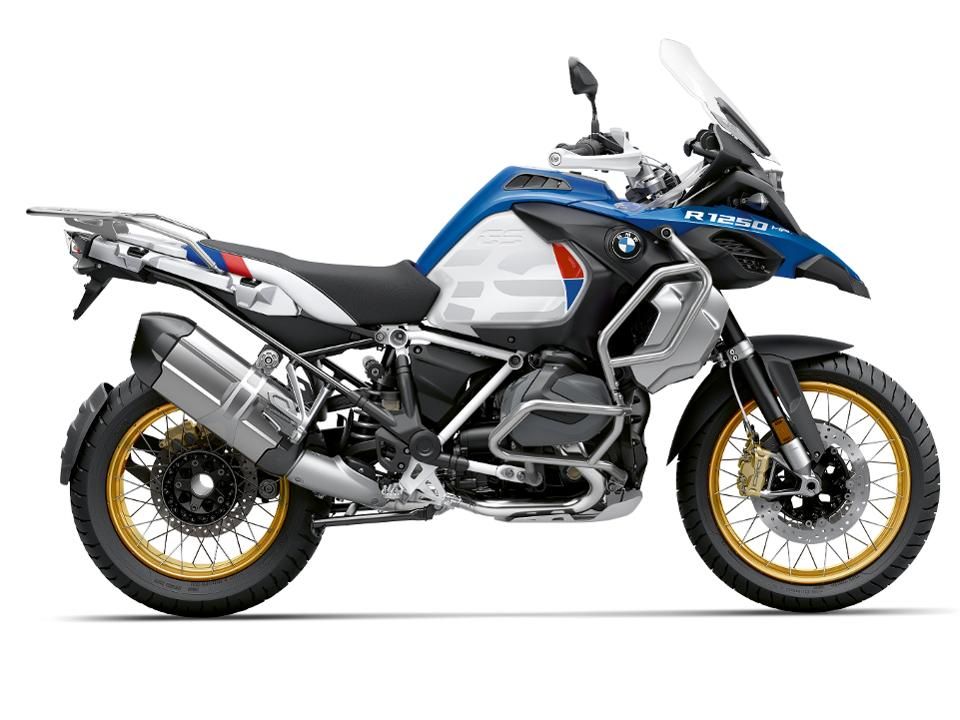 BMW has been a leader in the adventure bike market for more than 35 years. Its GS Series motorcycles have set the bar for quality and performance year-after-year. For 2019, the top-of-the-line R1200 GS is getting replaced by the R 1250 GS. Though its looks are similar, the R 1250 GS gets a bigger (1,254cc) and more powerful (135 horsepower) engine with a new variable camshaft control system, called ShiftCam, that helps to ensure consistent power delivery across the entire power band. The traditional electronic instrument cluster is also being replaced by a 6.5-inch TFT-display, which gives the rider constant access to navigation, phone, music, and additional vehicle information, such as speed and revs. 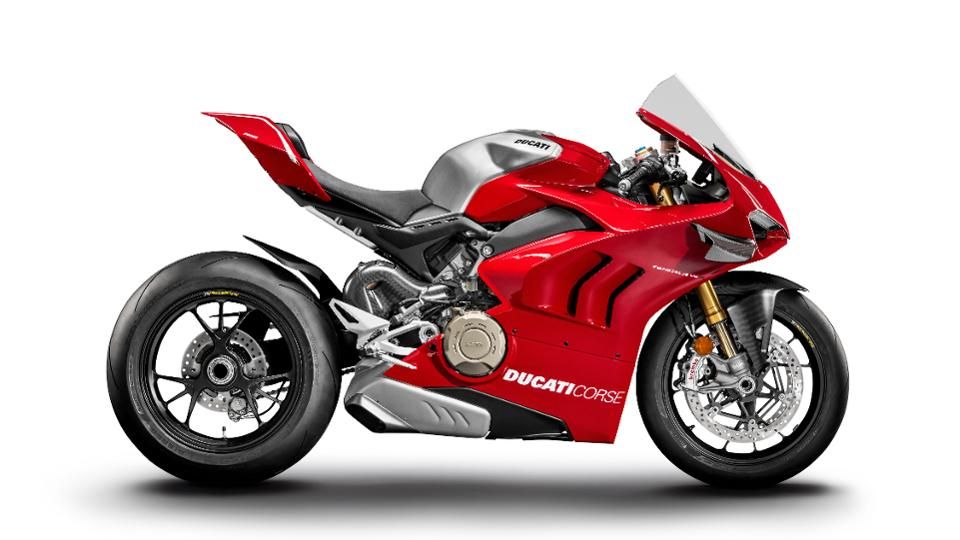 Ducati built this motorcycle for one purpose: To best perennial World Superbike Championship winner Kawasaki and bring the manufacturer’s cup back home to Italy. Describing the V4 R is easy: Decked out in Ducati red, it’s a fire-breathing race bike for the streets. It employs the same engine as the V4 only downsized from more than 1,200cc to a race-spec 998cc. As configured, it can deliver 209 Horsepower. However with either slip-on or full exhaust options, it can develop 229 and 234 horsepower, respectively. Cosmetically, the V4 R sports new bodywork, an aerodynamics package and a unique livery (Ducati Red offset by the brushed aluminum on the fuel tank). Do you feel the need for speed? 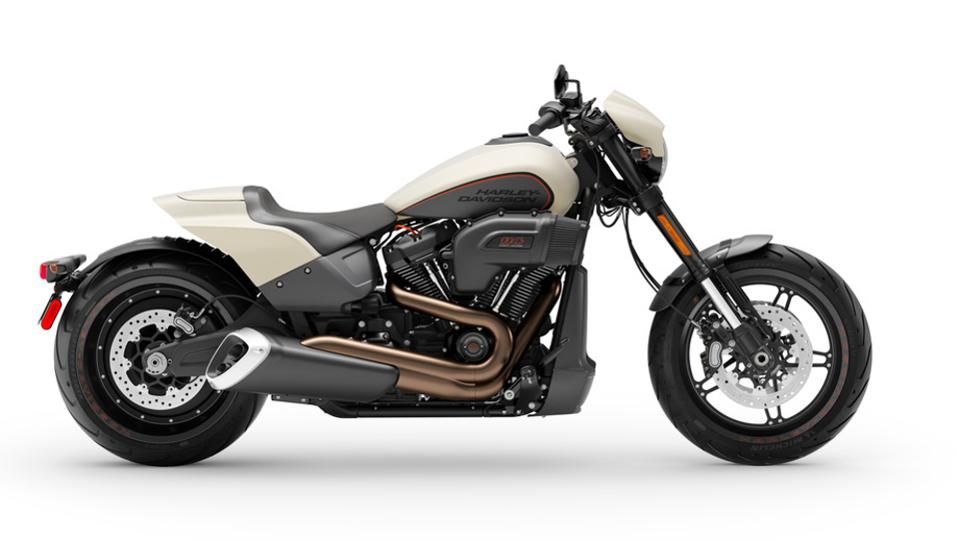 This is not your typical Harley. You might think it is designed to replace the V-Rod in Harley's stable, and it would be easy to understand why: the jet fighter-inspired lines, the 34-degree rake, and clip-on handlebars. But you’d be wrong. The FXDR 114 is a power cruiser designed for the rider who wants a more extreme look and stance, but also wants performance and handling not commonly found in a cruiser. Highlights include a big motor, premium suspension and slick aluminum subframe under the seat and tail. 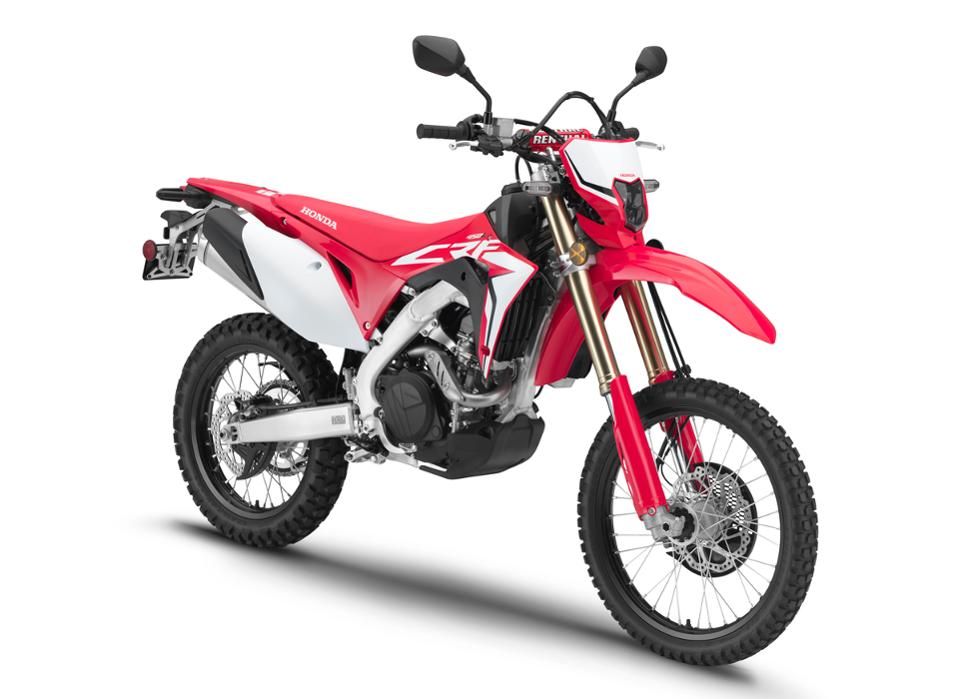 Take Honda’s immensely capable off-road superstar, the CRF450R. Add some lights, mirrors and a street-able exhaust. What do you get? The CRF450L, a Baja 1000-winning bike that you can legally ride to work every day. Unlike a pure race bike, the 450L is a little more softly sprung, the engine is tuned for more low-end and mid-range torque as well as to meet stricter emissions standards, and there’s a six-speed manual transmission that allows the bike to maintain highway speeds. 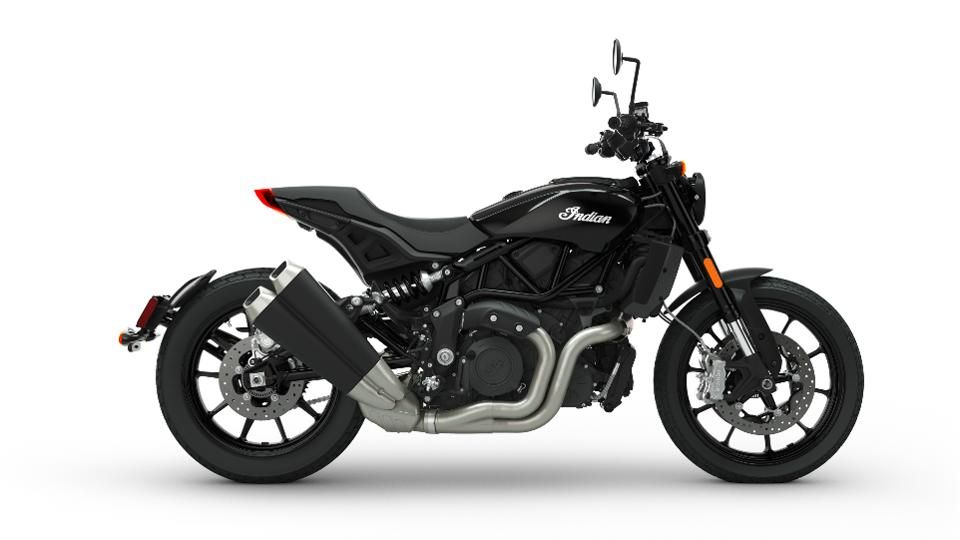 Flat-track racing is enjoying a renaissance in the U.S. In fact, dirt ovals are popping up all over the place thanks to a strong following on social media. Indian is the first manufacturer to capitalize on the trend with a street-legal, factory-made option. Modeled after Indian’s championship-winning Scout FTR750 dirt track racer, the 2019 FTR 1200 is actually a naked bike with retro styling that offers a high level of performance. In fact, some say the highest of any Indian to date. It will be available in two trims: the base model FTR 1200 and the FTR 1200 S. The base model will offer black paint only (both frame and bodywork) and a simple round speedometer, while the S comes in various liveries (including the Race version with Indian red frame and white tank panels) with a 4.3-inch digital dash with phone connectivity and an LCD touchscreen display that replaces the analog dash of the base model. 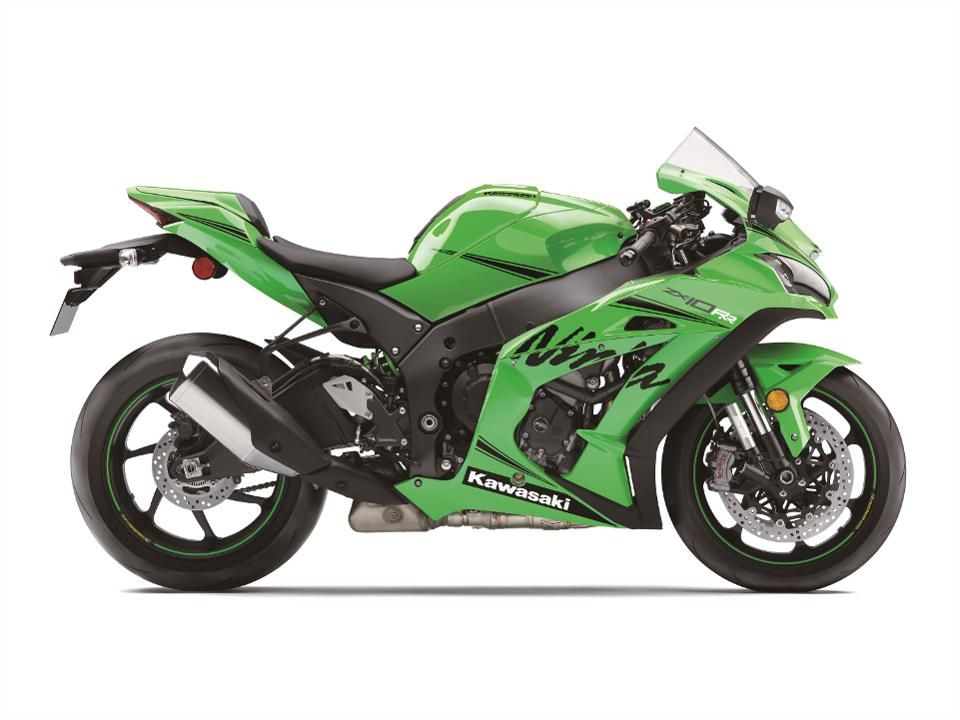 This machine was inspied by the bike that has amassed four consecutive World Superbike Championships for the Kawasaki Racing Team. In fact, it might even be the most formidable, road-legal, and naturally aspirated motorcycle on the planet. It is definitely the most hardcore version of the Ninja ever made. Though aesthetically it looks an awful lot like its predecessor, the new ZX-10RR offers greater power, a more generous power band, and an increase in torque. The suspension has also been tweaked for better handling. It's said to be a thrill-a-second to ride. 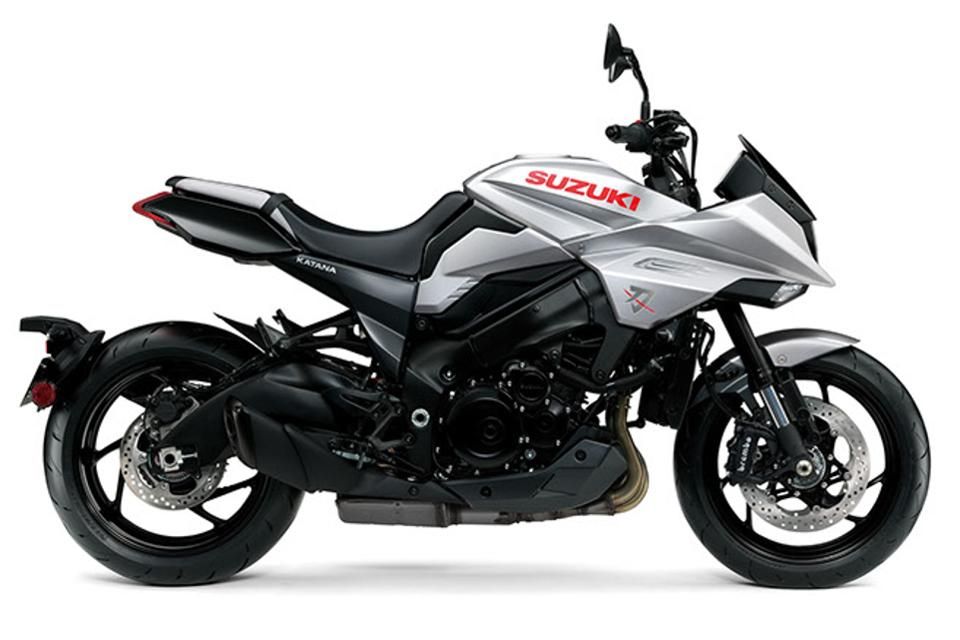 After 13 years on the sidelines, Suzuki is resurrecting one of its most iconic models, the Katana. Not your typical crotch rocket, the all-new Katana features sleek Eighties styling, a proven 998cc inline-four engine derived from the 2005 to 2008 GSX-R1000, and approachable ergonomics thanks to a more upright riding position. The powerplant has been tweaked to deliver smoother throttle response and a broader torque band, so the bike is more capable yet easier to ride in everyday situations. Modern enhancements include a three-mode traction control system (which can be turned all the way off) and a centrally mounted LCD info screen. 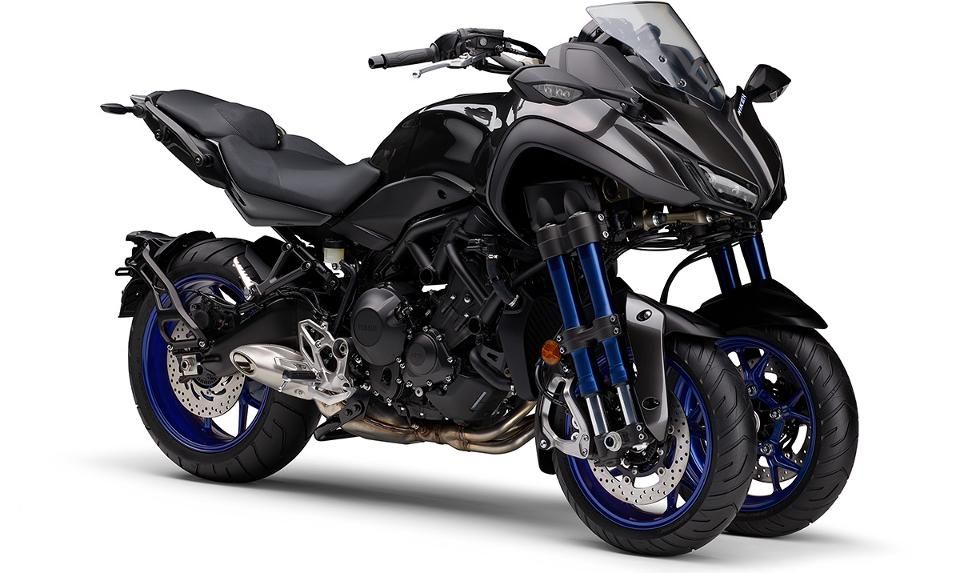 Yamaha is looking to redefine the three-wheeler concept with the Niken Leaning Multi-Wheel motorcycle. It is basically a conventional motorcycle from the headstock back. Upfront, however, it has two wheels that lean and turn just like a regular motorcycle. If you have ever felt a little nervous bending a bike into a corner in which traction might be compromised by gravel, oil, water, or any other slippery substance, the two wheels double the size of the front contact patch for greater safety and traction. Those who have ridden the trike say it corners as if on rails, even over cold, dirty, wet, or uneven surfaces. 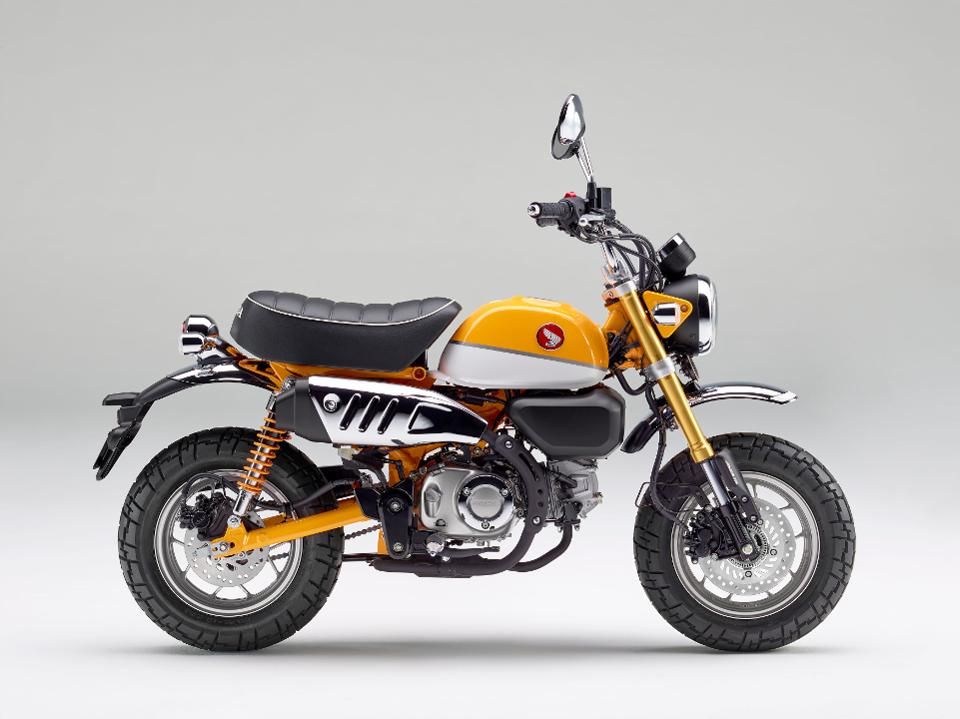 All of my friends either wanted one or had one when I was a kid. The Honda Monkey was the quintessential minibike. The pint-sized bike was originally created as an amusement park ride, and got its name from the way people looked riding it. The all-new Monkey captures that same spirit in a completely modernized package. Unthinkable decades ago, the Monkey is now equipped with an electric starter, disc brakes at both wheels, electronic fuel injection, LED lighting, and an LCD gauge that features a speedometer, odometer, fuel level, and two trip meters. Mom, can I have one?