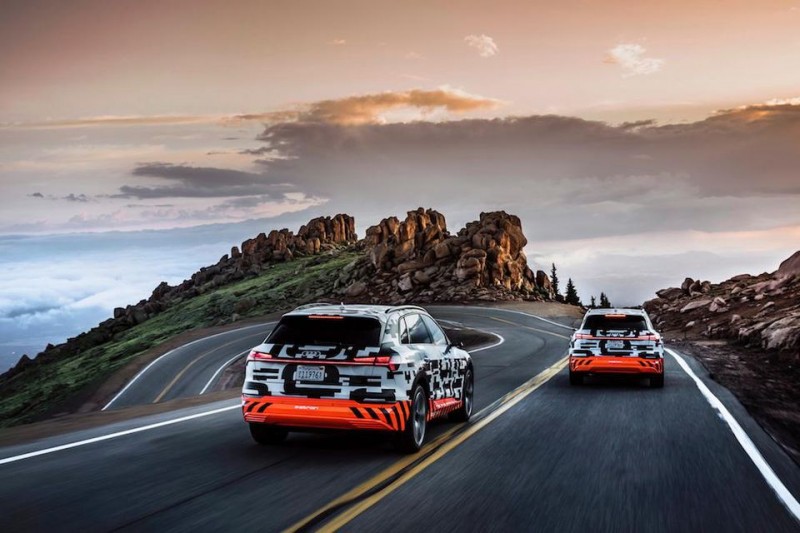 The Audi e-tron prototype on recuperation test at Pikes Peak

This is the Audi e-tron SUV, the German company’s first pure electric car. It isn’t completely road ready yet, but the prototype you see in these images reveals a little more about Audi’s intensions with its first batch of emission-free family of cars. The e-tron idea has been teased for quite some time. In fact, conceptual studies were shown as far back as 2009. Clean driving offered a clean canvas for car designers to get super creative with. These early sketches were fresh and dynamic and a touch avant-garde.

Any carmaker with an ambition to live through the next chapter of the automobile has committed to sustainability. Audi too is promising every third car to be electrified by 2025 and this e-tron leads the way. This full-size SUV is powerful and will accelerate to 62mph in less than six seconds. It is fully-electric, powered by a 95kWh battery pack promising a 249-mile range on a single charge, with recharging from flat to 80 per cent in less than half an hour at a DC charging stations. 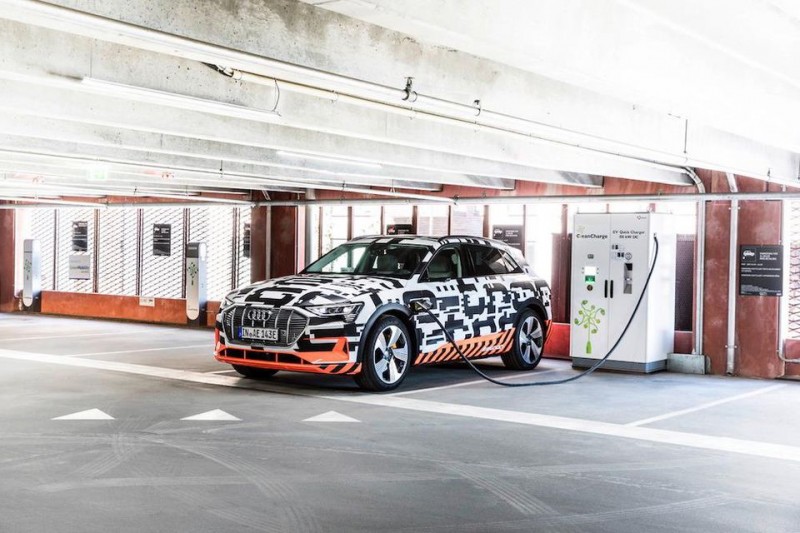 From the outside, imagining past the camouflage, it looks more conventionally car-like than the earlier prototypes. The difference is mainly experienced from inside the car. In the absence of a conventional engine, the e-tron interior offers an open seating space to accommodate five adults comfortably, as well as generous luggage space at the rear and at the front. Audi excels at interior design and this is no exception. The e-tron dashboard is an evolution of the floating virtual cockpit first introduced on the TT concept four years ago, then inside the flagship A8 and A7. It involves a generous arc wrapping around the cascading instrument panel - the horizontal lines spanning the sculptural door trims. It incorporates the virtual cockpit that hovers in the space in direct view of the driver. It is a truly remarkable piece of product design. 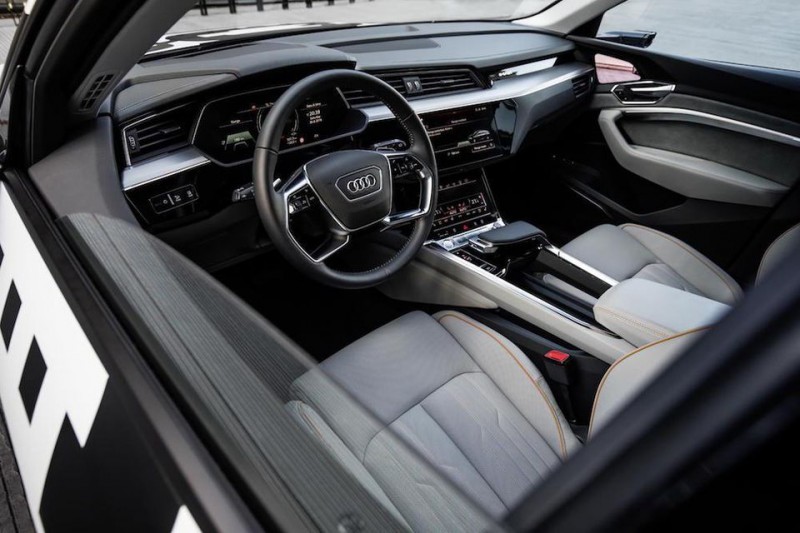 The Audi e-tron SUV interior is an open, spacious cabin

The design theme is about visualizing the sustainable powertrain. Therefore, every element, everything we see, touch, even hear is somehow light and weightless. Sections, including the center console, hover in space. The cabin is driver-focused with the MMI touch response displays angled subtly enough not to isolate the front passenger. The graphical user interfaces are clearly structured so that the information can be assimilated quickly. All pictograms are precisely dimensioned; a few are subtly animated. This is essential with electric cars as there is simply so much tech to digest. 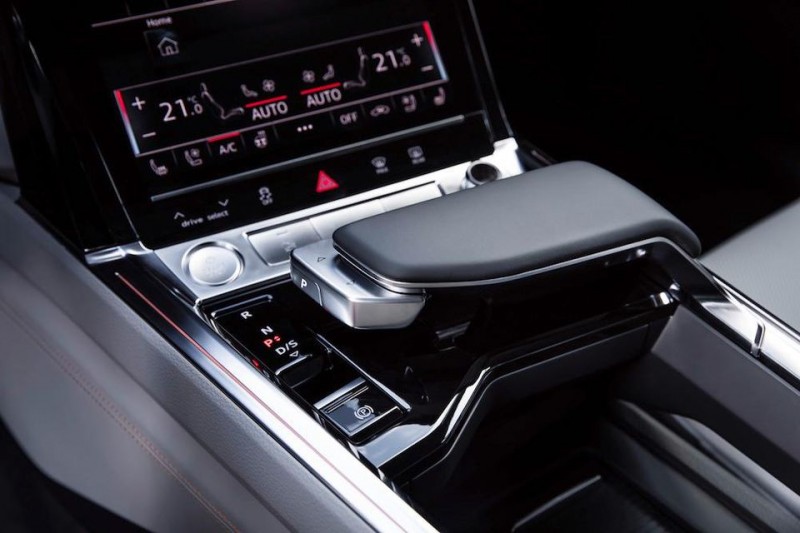 Here conventional wing mirrors are replaced by optional virtual exterior mirror with screens so clear you feel immersed in the surroundings. It is one of the main highlights of the e-tron, introducing a pioneering technology used for the first time, says the company, in a volume-production car. They function through small integrated cameras whereby the image is digitally processed and displayed on high-contrast seven-inch OLED displays in the interior. These are smart mirrors able to adjust seamlessly to darker environments and tilt automatically when parking. They can be adjusted via the touchscreen to the driver’s height, and the image detail can be moved for the required field of vision. It gives superior vision eliminating the need for, often clunky, side mirrors and simultaneously helping with the overall aerodynamics of the car. 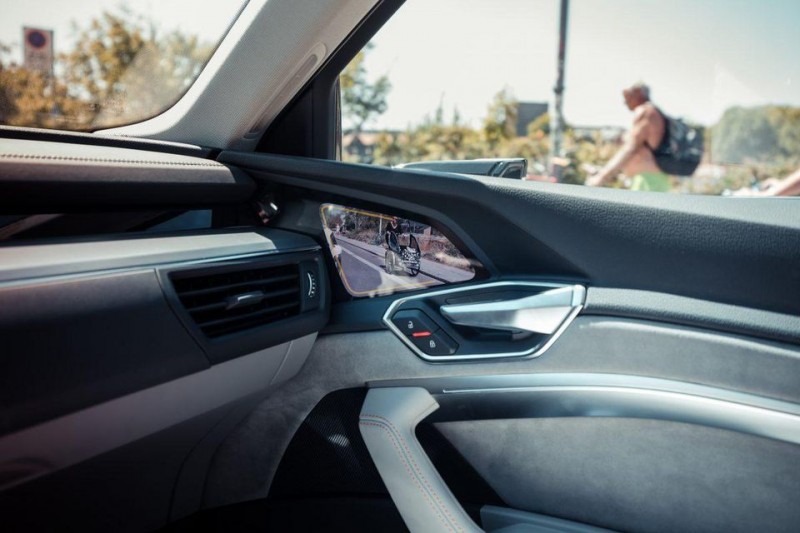 Electric cars, if insulated properly, are silent inside, bar for the light sound of the tires and the gentle hum of the electric motors so there is a great opportunity to invest in a great sound system. Here a gentle tap on the Bang & Olufsen 3D Premium Sound System and the cabin floods with clear, concise music. The e-tron body has undergone special soundproofing and sealing in all zones that could transmit noise interference. Some 16 loudspeakers and an amplifier delivering up to 705 watts of power have been installed to enable the music in perfect reproduction and without any artificial effects.

This e-tron SUV will go on sale later this year. As a representative of the first wave of electrified cars, it feels appropriate – conservative enough not to attract too much unwanted attention, yet refined and tech advanced enough to feel like a completely new form of drive. Audi says as consumers ease into the idea of driving battery-run cars, it does intend to be more daring with design. The PB18 e­tron prototype, to be revealed at Pebble Beach Concours d'Elegance on 23 August, will hopefully show some of these ideas. 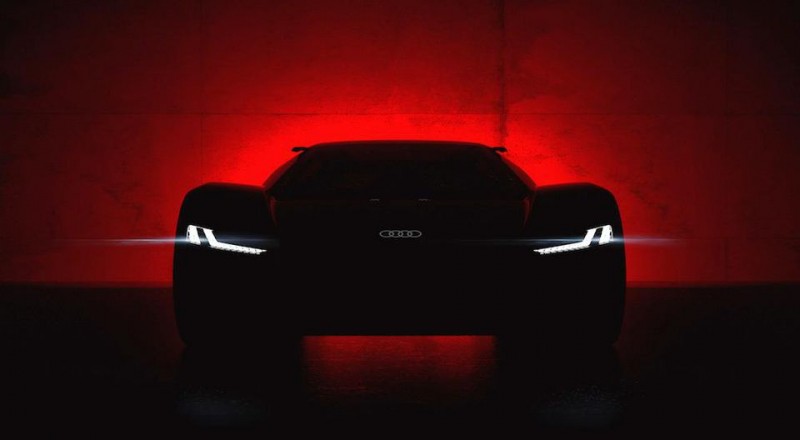 The journey to electrification has been slower than some of us had hoped and along the process many carmakers have diluted their original, more daring ideas. Yet as the auto world moves ever-closer to clean driving, we are beginning to get a fuller understanding of what our roads will look like in the initial stages of electric driving. It may not be quite as avant-garde and futuristic as some of us had imagined, our cities may not resemble a scene from Blade Runner, but then this may change with time.