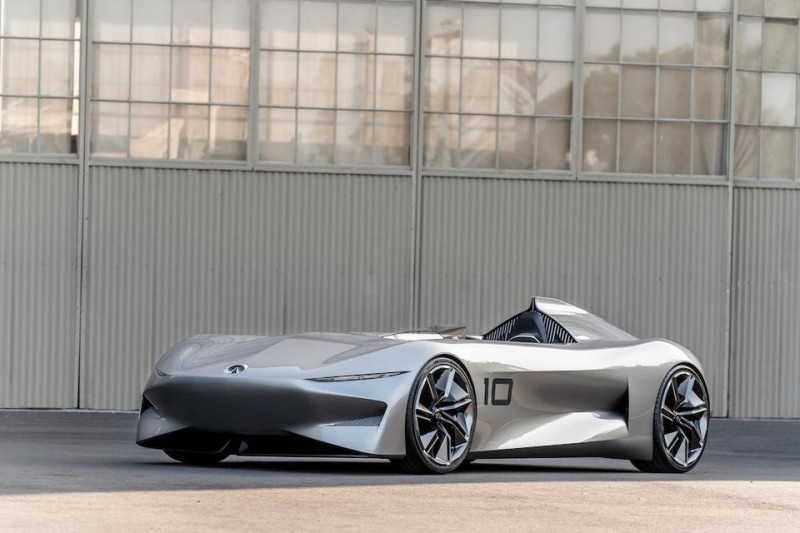 Prototype 10 honors the evocative spirit of early Californian speedsters. Revealed today at Pebble Beach Concours d’Elegance, this elegantly-proportioned vehicle by Infiniti is an electric performance concept car. It implies where the premium Japanese marque is heading visually in the next three years when every new model will benefit from some form of sustainable powertrain. 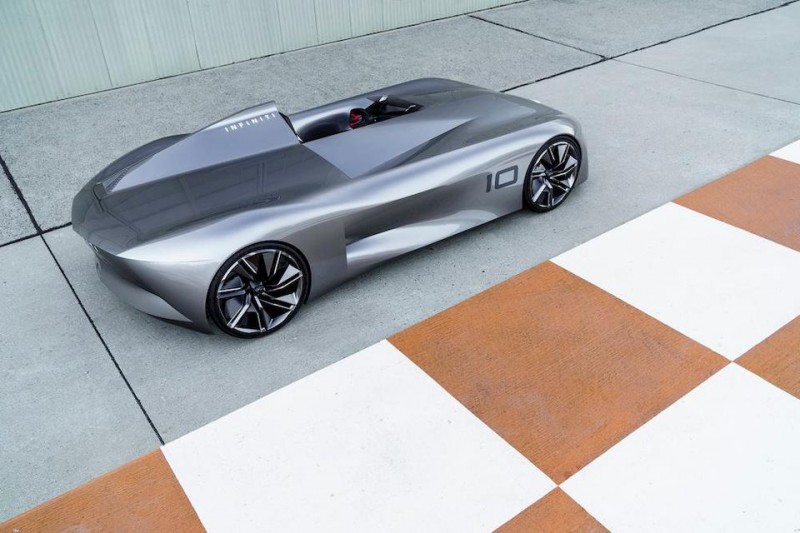 “California is intrinsically linked to the speedster body style and remains a cultural center for independent car tuning and coachbuilding,” offers Karim Habib at Pebble Beach. Prototype 10, says Infiniti’s executive design director, taps into this sense of self-expression in its design and its performance. 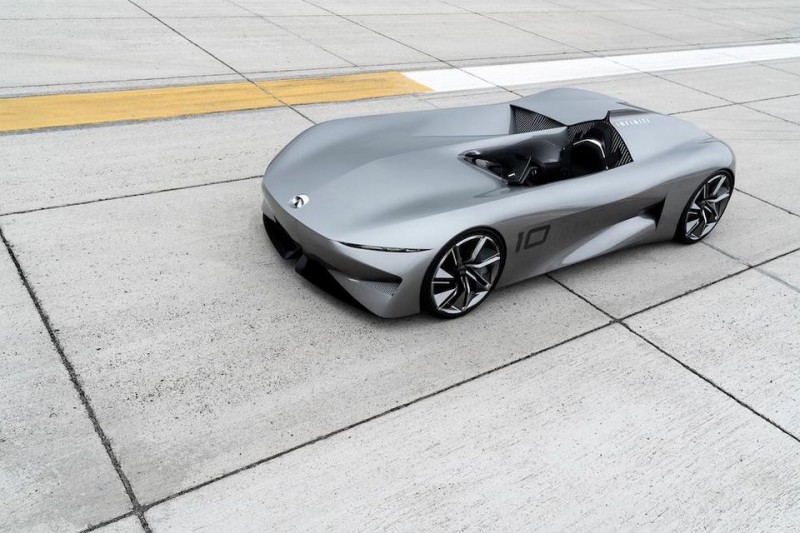 Infiniti is Nissan’s luxury arm and as such has access to a great deal of eco technology with electrification a natural next step for the marque. From 2021, the company is aiming to have every new model electrified with hybrid or battery electric technology. This Prototype 10 provides a window into what to expect from this sustainable family of cars. 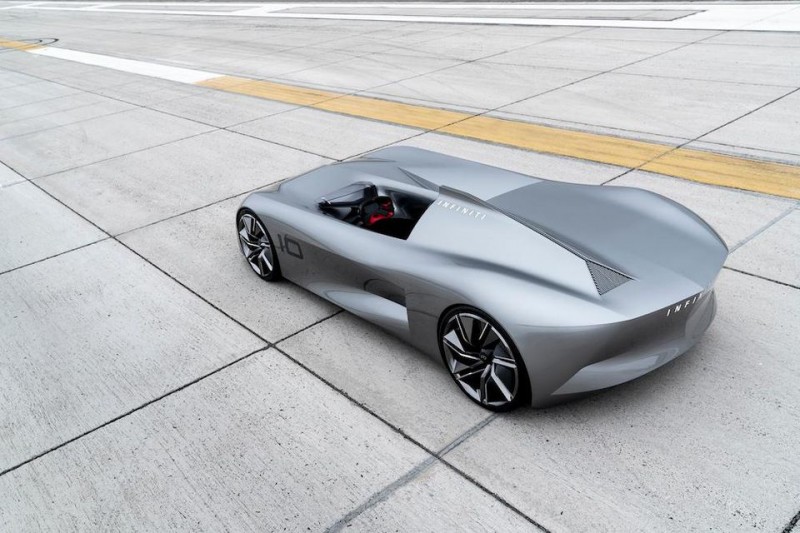 This is a pivotal time for Infiniti as the marque explores its own brand identity in the age of electrification. Even though Infiniti has been selling its premium cars globally since 1989, with notable success in some markets, independence from Nissan only happened five years ago, when management was separated while maintaining technological and engineering links. “The concept of what the brand stands for is managed separately,” explains Habib, noting that this sense of sovereignty has helped Infiniti form a much stronger identity, something he wishes to explore further. 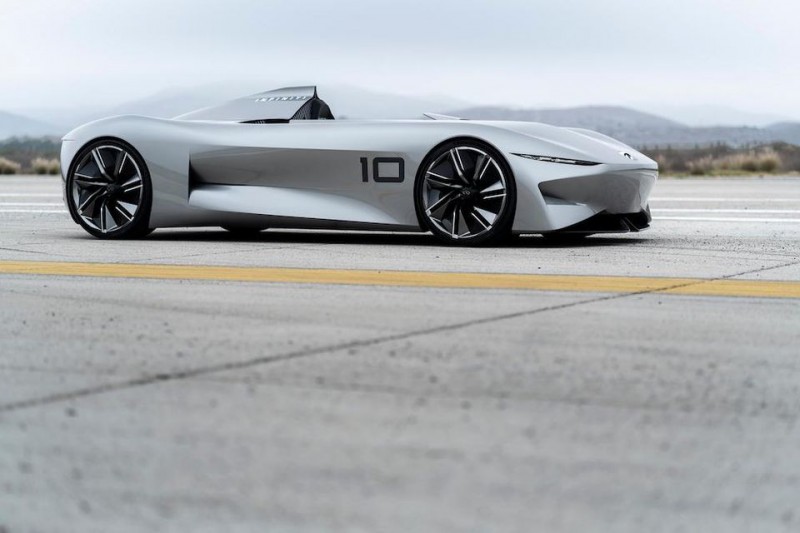 Its form is about expressing driving pleasure and thrilling performance

This means discovering a unique and compelling visual language to best express Infiniti. Habib is candid when he says although design is consistent now, it still needs to be developed. “My mission is to nourish the brand. It is about working across the visual inputs and outputs, the ads, dealerships. We participate in all these areas now,” he told me a little while ago. Prototype 10 represents the first project under his direction. Habib joined the company from BMW last summer where, as head of design, he was responsible for cars like the latest 7 Series. This project hints at how he hopes to evolve Infiniti’s visual language with the next-generation of production cars. 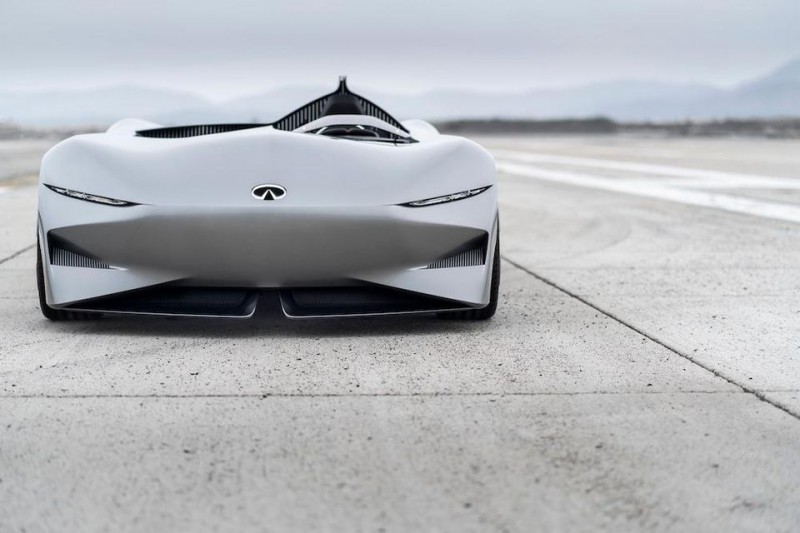 The concept car shown at Pebble Beach today is very much a global project creatively conceived at the Japanese design center, designed digitally in the Paddington studio in London and crafted in San Diego, California. It is an evolution of the form-language explored with the company’s last two concept cars – the Q Inspiration and Prototype 9. The design director describes the latter as evoking “the thrill and drama of early open-wheeled racing”, thus imagining alternative histories for the brand. He sees this Prototype 10, however as a car with its eye firmly on the future of Infiniti, showing the possibilities created by adopting electrified powertrains and flexible vehicle platforms. Its form is about expressing driving pleasure and thrilling performance with the “monoposto” single-seat cockpit reflecting Infiniti’s driver-focused approach. 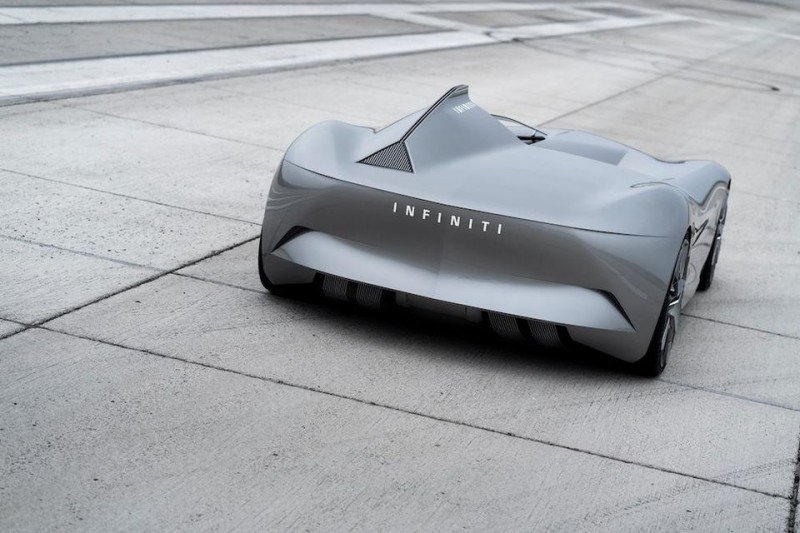 Habib explains, “this car represents another passion project for our designers. This idea of ‘looking back to go forward’, and combining the inspiration of an earlier aesthetic with future technology, showing how excited we are about the era of electrification. Prototype 10 draws on some of the most iconic and evocative car designs of all time to illustrate this excitement.”

He says he set out to echo the layout and design of early speedsters, a period when “power was celebrated through high-powered single-seat competition cars. Our new concept speaks of an electrified future, something which is reflected in its form and details. It is appropriate that we found inspiration in an optimistic bygone era in which cars were characterized by the simple love of driving.”