Is Ferrari Working On A Hybrid, 4-Cylinder Engine? 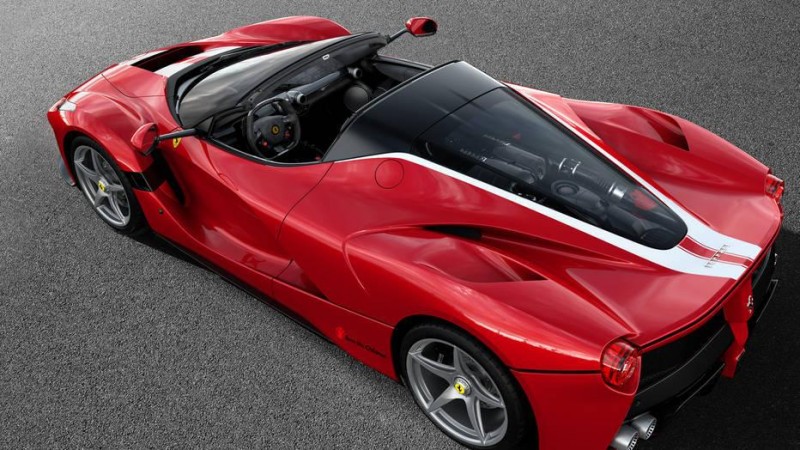 The discovered patent's design could be applied to a number of next-generation turbocharged Ferrari engines as a mild-hybrid system, following up on the hybrid system of the LaFerrari.

A new hybrid Ferrari engine could be in the works if a new patent uncovered by Autoguide makes it to production.

According to a filing with the EU patent office, Ferrari is developing a forced-induction engine that contains a turbine in the interior of the exhaust duct that powers an electric generator that stores energy. The electrical energy is then directed to an electric motor that powers the front wheels, and it also sends power to an electrically assisted compressor that can send air into the engine itself.

There are a couple advantages to this design, as Autoguide notes.

First and foremost, there is the potential to reduce turbo lag because the electric motor powering the front wheels can compensate by providing a boost of power when needed.

Second, Ferrari expects this turbine to improve exhaust sound: the faster the turbine spins, the more high-pitched the exhaust tone becomes, while slower spin generates a deeper tone. The adjustable turbine will be able to modulate the exhaust note as required, as opposed to an exhaust valve which really has just two settings. This doesn't mean the setting of this turbine will govern the engine's performance -- that's where the electrical generator comes in, providing power even if the turbine is modulated to turn slower. At least that's the goal of the design. 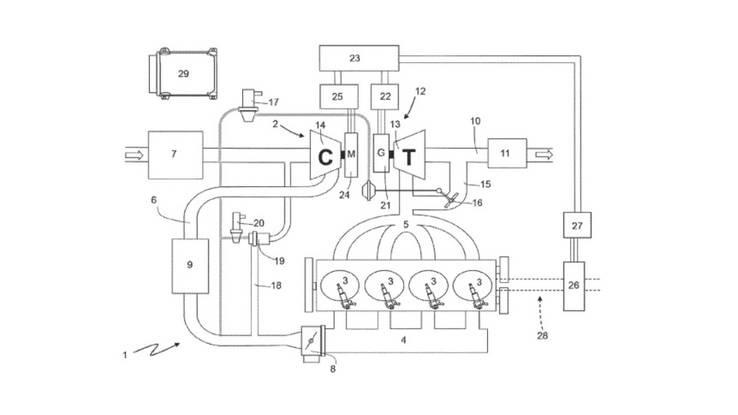 The patent shows that a turbine could be used to generate electrical energy for reducing turbo lag, while also modifying the pitch of the exhaust note.

Will we actually see (and hear) this hybrid? That's still up in the air -- Ferrari hasn't committed to placing it in any given model. But the patent filing suggests that it could work with any cylinder count, not just a four-pot as depicted in the patent drawing. A V-8 could also use such a system if we assume that the patent depicts one half of a V-8 engine.

You have to turn back a few chapters in the automaker's history -- all the way back to the 1950s -- to find Ferrari race cars using small-displacement four-cylinder engines. A four-cylinder Ferrari is more likely now than in the 1980s when four-cylinders just couldn't produce that much power. Given the automotive industry's adoption of high-strung four-pots with turbochargers and superchargers (and other stuff bolted on), it's not too much of a stretch to picture a Ferrari offering this hybrid as an option.

Especially now that every sports car feels compelled to be a hybrid in some fashion, even a "mild" one.