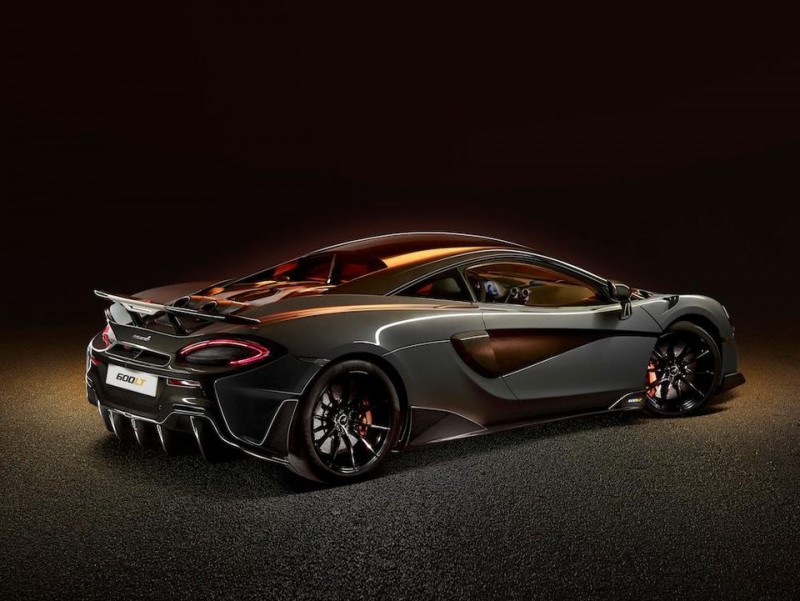 This is the 600LT, McLaren Automotive’s latest “Longtail” supercar. The marker of some of the world’s most purest performance cars says it expects the $243,000 600LT to be the fastest track-focused road-legal car in the Sports Series where it will live. It also promises to keep production numbers low to maintain the sense of exclusivity. 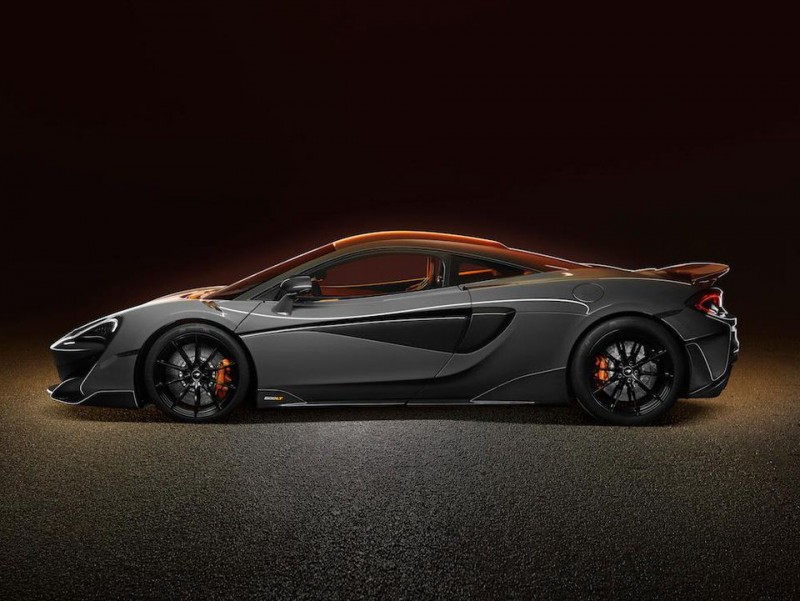 The story of the Longtail began in 1997 with the F1 GTR, an evocative racing car, only nine of which were built. It remains one of the “purest race cars in our history”, says the chief executive, Mike Flewitt. McLaren revived the LT name in 2015 at the Geneva Motor Show with the launch of the 675LT Coupé. As with all LT cars, the focus with the 600LT is on “optimized aerodynamics, increased power, reduced weight, track-focused dynamics and enhanced driver engagement,” explains the CEO. 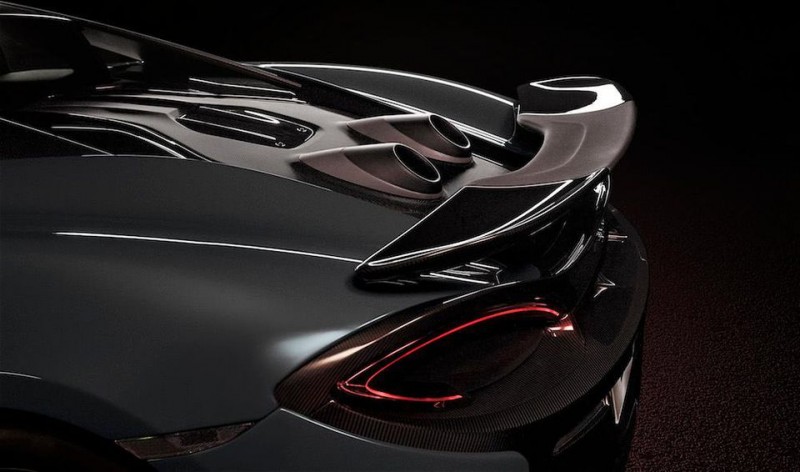 McLaren cars look dramatic in the metal and this new model is no exception as I was to experience at a pre-embargo preview earlier this month. The design is very much McLaren with a strong focus on visually expressing power and performance. Here the main defining element is the elongated tail which gives the 600 its LT badge, so the silhouette has been stretched by 74mm; and there is an extended front splitter, lengthened rear diffuser and fixed rear wing. 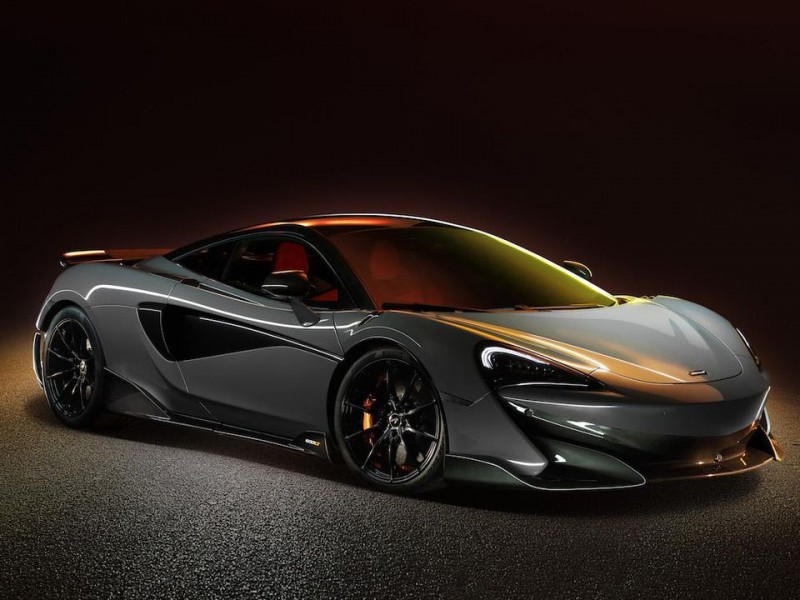 Weight loss largely directed design and engineering – something that is at the heart of all McLaren cars. It feels a little more visually pronounced here thanks to the top-exit exhausts that add an aesthetic touch as well as deliver substantial weight saving and an unique aural experience, we are told. The 600LT is built using the company’s lightweight carbon fiber monocoque chassis and expect new carbon bodywork that lowers vehicle weight as well as optimizes aerodynamic performance. 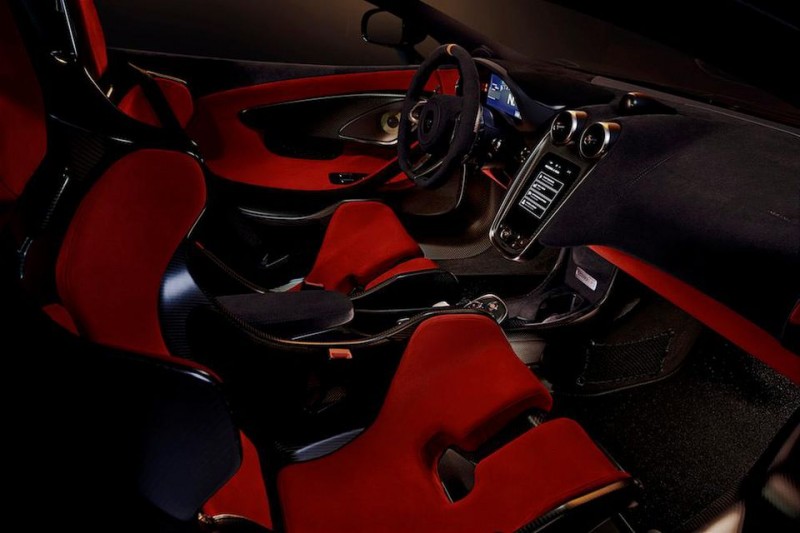 The cabin design is minimalist and track-focusedMcLaren Automotive

The minimalist, track-focused interior comes with the P1 carbon fiber racing seats and lightweight Alcantara features extensively in the cabin. Furthermore, customers can order the Senna's super-lightweight carbon seats as an option through McLaren Special Operations. The bespoke division will also work directly with you for a range of features that includes a carbon roof and cantrails and vented carbon front fenders. 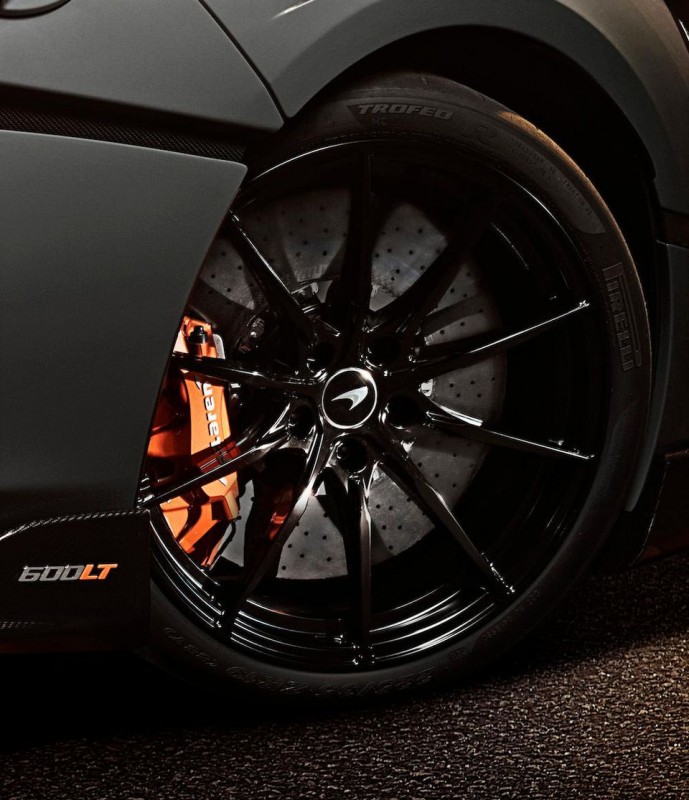 Power comes from a twin-turbocharged, 3.8-litre V8 engine that benefits from an uprated cooling system and reduced back pressure in an exhaust system that is even shorter and more extreme than that of the Senna. Peak power is 600PS (592bhp), with maximum torque of 620Nm (457lb ft) and the power-to-weight ratio of the 600LT at lightest dry weight is an astonishing 481PS/tonne. 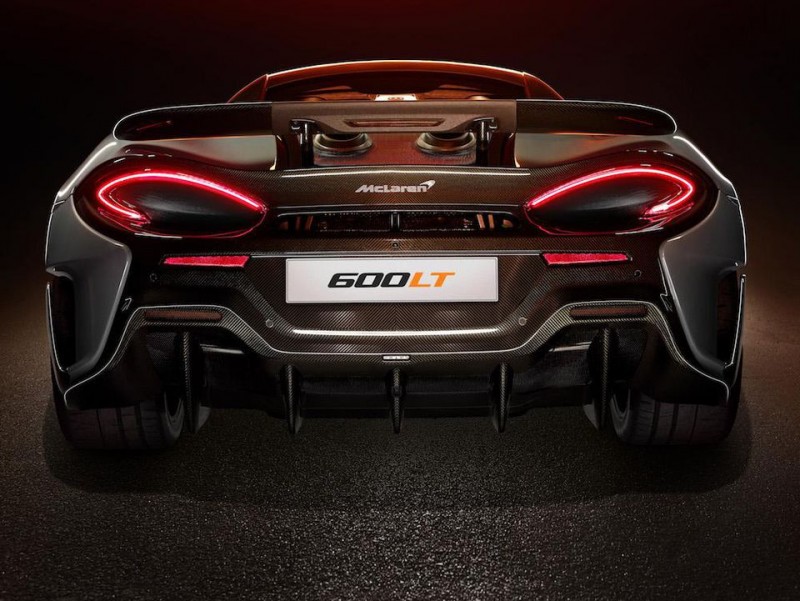 The LT series is all about driver engagement so the new model features the forged aluminum double-wishbone suspension and lightweight braking system from the second-generation Super Series. The car rides on track-focused Pirelli P Zero Trofeo R tyres, there is quicker steering, sharpened responses from the throttle and brake pedals, as well as significantly firmer engine mounts. Lastly, exhausts are mounted directly behind the driver’s shoulder to bring into the cabin the dramatic V8 sound.

McLaren's story has been a fascinating one to follow. This is a young marque making cars that are so focused - they are increasingly aerodynamic in shape, light in weight, extreme in performance and kept limited to a few. Its philosophy is compelling - it is about continually pushing the limits of technology and design, evident in recent products such as the 720S and Senna and now the 600LT. The only worry is perhaps each model is competing against the former.

Production of the 600LT Coupé will begin in October 2018 and last for around 12 months, with every car hand-assembled at the McLaren Production Center in Woking, UK. The car will make its first public appearance at the Goodwood Festival of Speed next month.