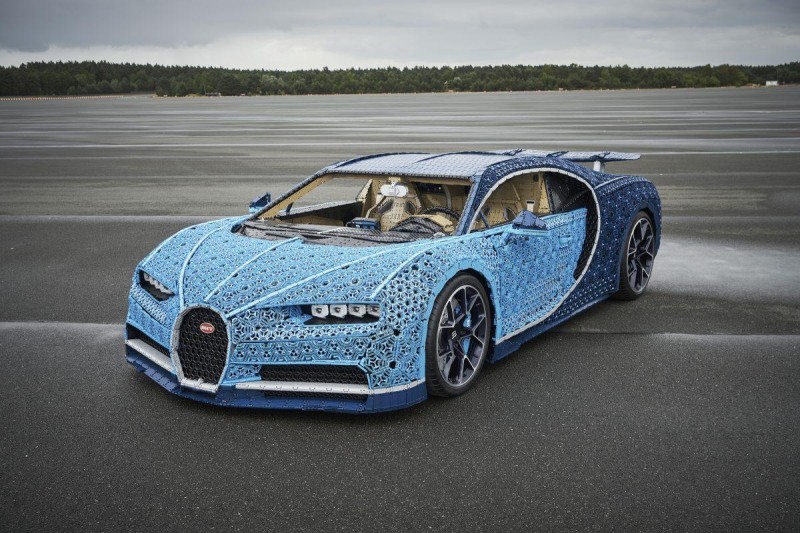 Behold, the biggest toy car on Earth: a full-scale, drivable version of the Bugatti Chiron crafted almost entirely out of LEGO parts.

Made up of 339 different types of LEGO Technic elements totaling more than a million pieces (and assembled without glue), the LEGO Technic Bugatti Chiron can accommodate up to two passengers and showcases many of the same design details as the original. 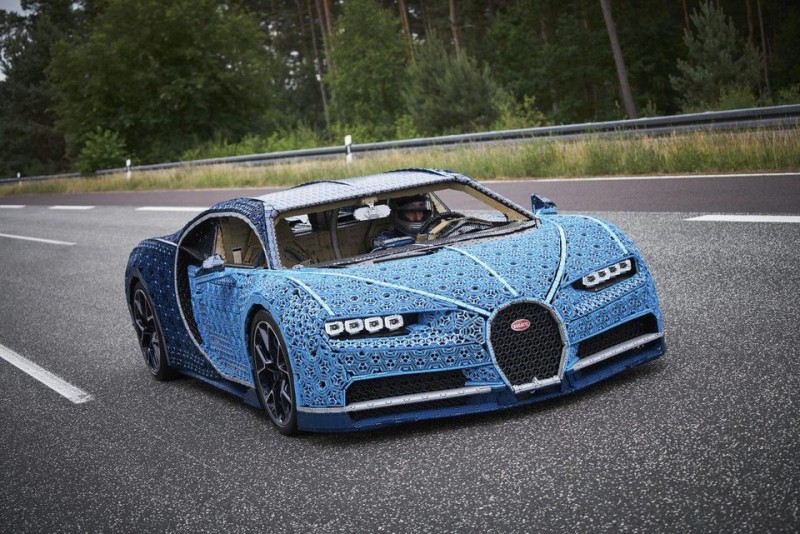 The fully functioning vehicle is comprised of more than a million individual LEGO parts supported by a steel frame. 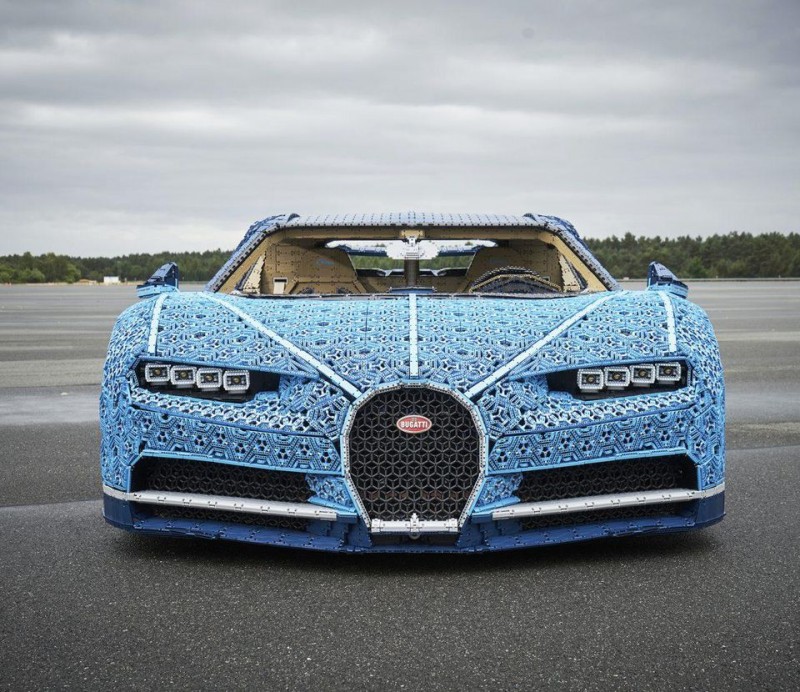 It can accommodate up to two passengers and showcases many of the same design details of the original Chiron. 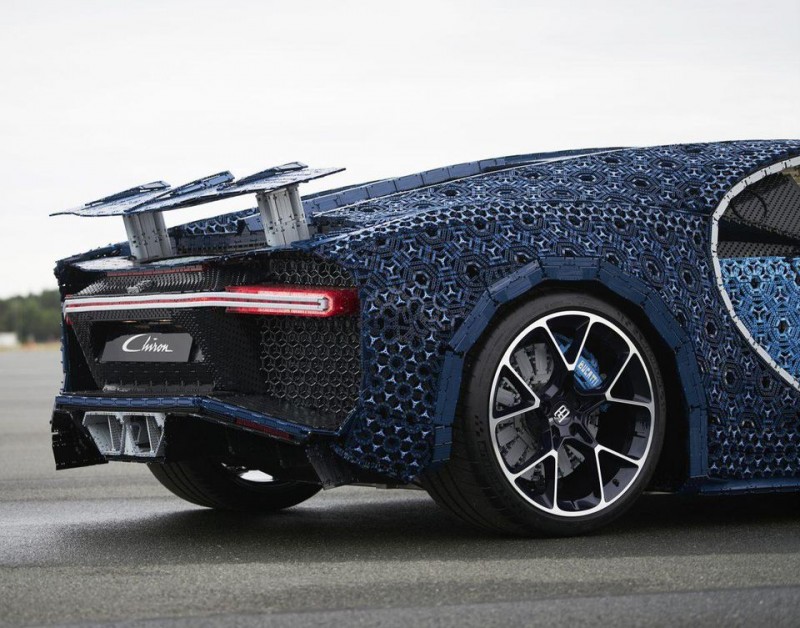 That includes everything from the seats and the dashboard to the steering wheel (emblazoned with a custom silver-coated Bugatti logo crafted out of 72 Technic bricks) and outer shell, which is coated with a custom “skin” built of interconnected triangular segments—a type of LEGO Technic fabric that can be adjusted to shape the car's exterior form. 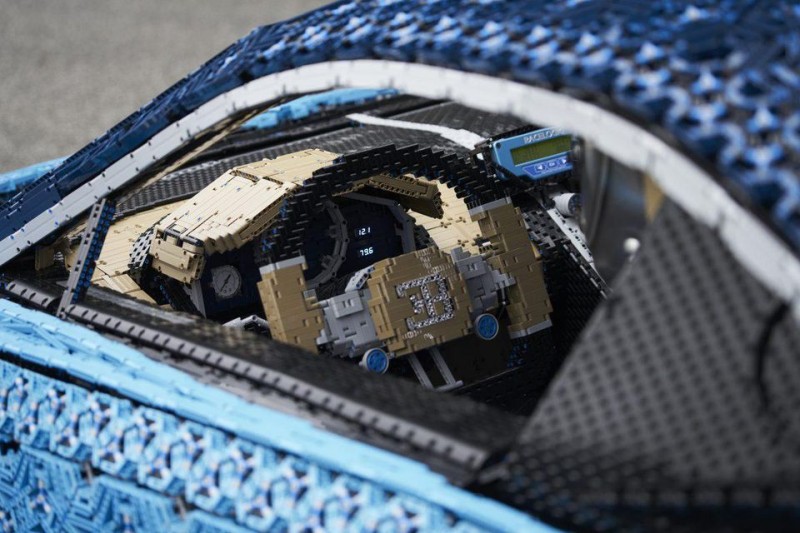 The detachable steering wheel is emblazoned with a custom silver-coated Bugatti logo crafted out of 72 LEGO Technic bricks. 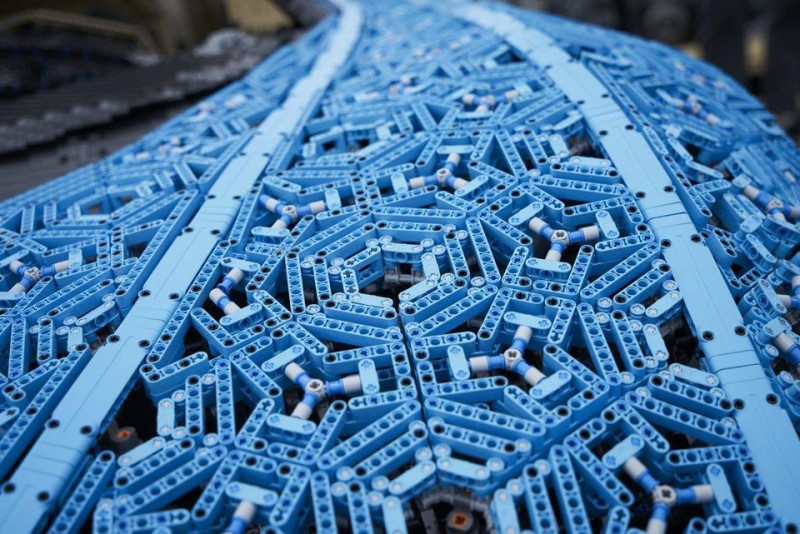 The vehicle is covered in a custom LEGO Technic fabric that can be adjusted to shape the car’s outer shell.

Tipping the scale at 1,500 kilograms (about three-fourths the weight of the original), the Technic Chiron touts working doors (whose open-close mechanism is constructed entirely out of LEGO bricks), along with a functioning brake pedal, 11 buttons to control the LED lights and motors, replica turning indicator signals and wiper arms, a working speedometer and rear spoiler (both fully made out of Technic elements), and actual seat belts. 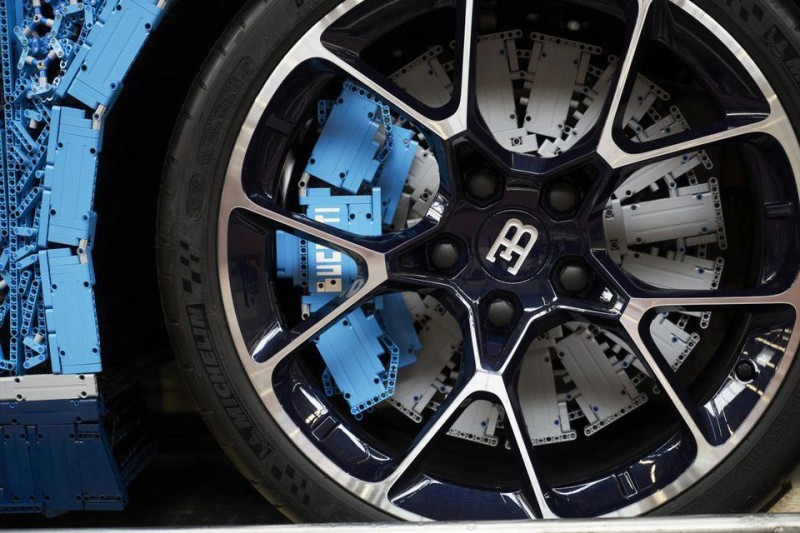 The LEGO Technic is fitted with real Bugatti wheels.

LEGO Group designer Aurelien Rouffiange worked with a team of 16 specialists to formulate the one-of-a-kind vehicle, which required more than 13,400 man hours to develop and build. 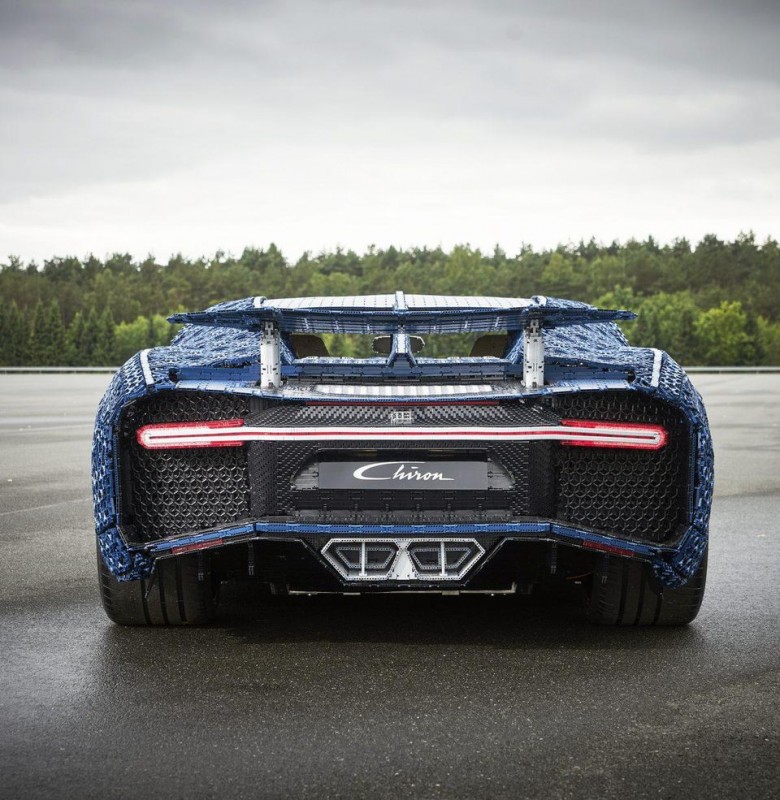 “This life-size model is a first of its kind in so many ways and with it, we wanted to push the boundaries of our own imagination,” Lena Dixen, LEGO Group senior vice president of product and marketing, said in a statement. “It’s a fascinating example of the LEGO Technic building system in action and its potential for creative reinvention.” 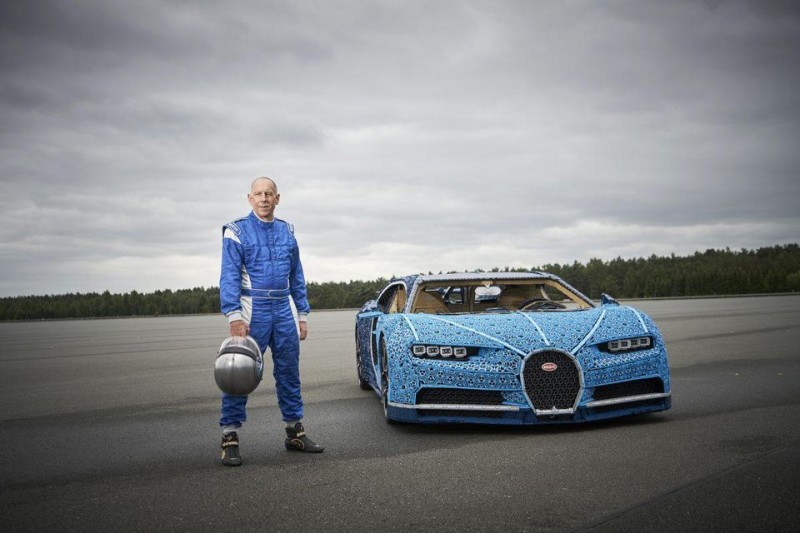 The"toy"Chiron is strikingly similar to its namesake, but it's not nearly as powerful. Its engine—made up of more than 6,000 LEGO Technic gear wheels and cross axles and 2,304 LEGO Power Function Motors—only produces 5.3 horsepower and 92 Nm of torque, giving it a top speed of about 18 mph.Meanwhile, the purebred Bugatti—equipped with a quad-turbocharged 8-liter W16 engine that generates a whopping 1,500 horsepower and 1,600 Nm—is the world's fastest production car, boasting a top speed of 261 mph. 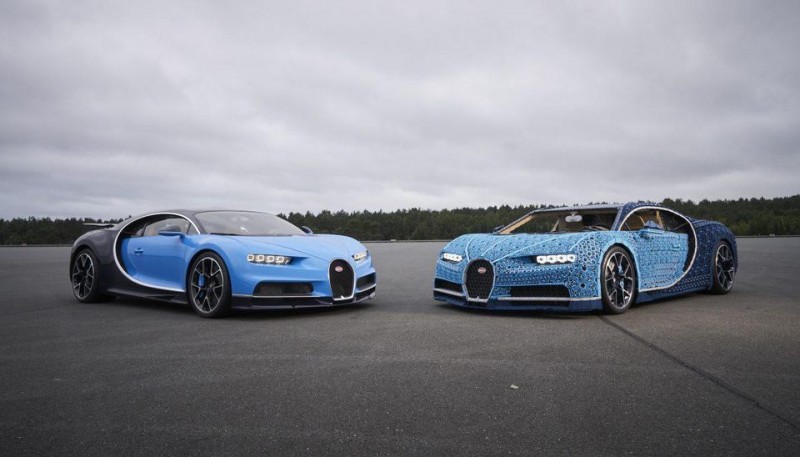 The awe-inspiring auto is the toy company's first large scale mobile creation to date, but it's far from the biggest LEGO structure in the world. That title belongs to a 42-foot-tall replica of London’s Tower Bridge, commissioned by Land Rover to promote the automaker's Discovery SUV in 2016. 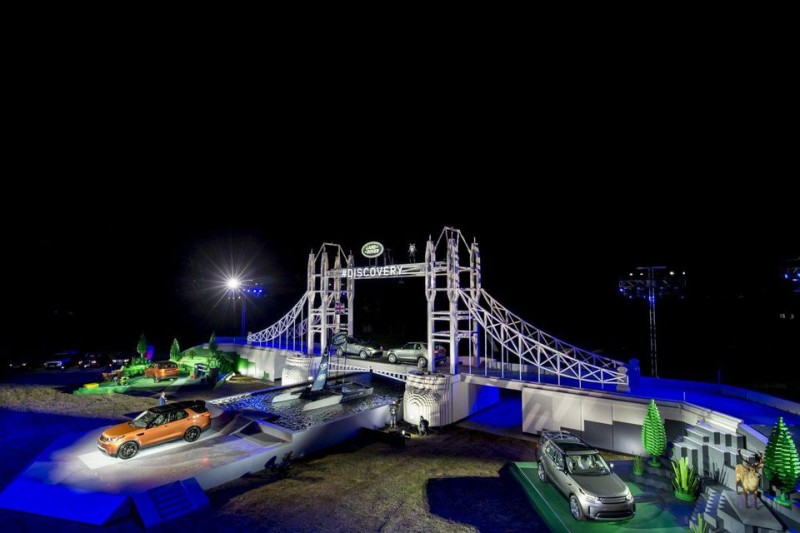 The span—comprised of 5,805,846 LEGO bricks—is strong enough to hold two SUVs, with room for a third beneath its functioning drawbridge.

The life-size model doesn't seem to be available for purchase—but if you really want to take home a Chiron (and don't have $3 million to spend on the real deal), you can still buy the miniature LEGO version for a relatively low $350.