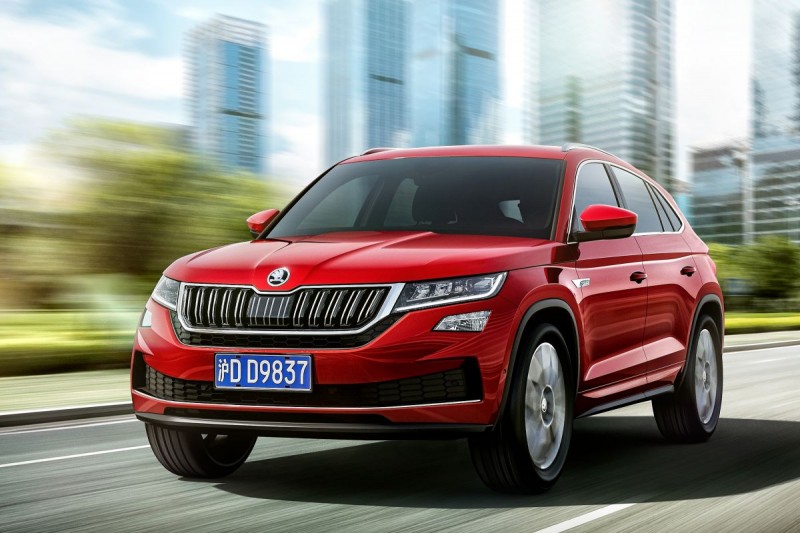 The Skoda Kodiaq GT is officially revealed as a Coupe take on Skoda’s Kodiaq SUV, with a ‘Lifestyle’ makeover to deliver a new range-topping SUV. But, for now, it’s only for China.

It’s perhaps surprising that makers of mainstream SUVs haven’t really followed the ‘Premium’ makers by delivering Coupe SUVs – like BMW’s X4 and X6 – to market. But now Skoda has with the new Kodiaq GT, now officially revealed in China, although, for now at least, it’s a model only for China.

What you get, just as with ‘Premium’ SUV Coupes, is an SUV which is just the same under the skin as its regular sibling, and much the same outside as far as the front doors.

But beyond that the roof takes a bit of a dive to slope down to a squat back end, a back end which proudly features Skoda lettering rather than the Skoda badge. The time has come, it seems, for Skoda to boast it’s a Skoda. 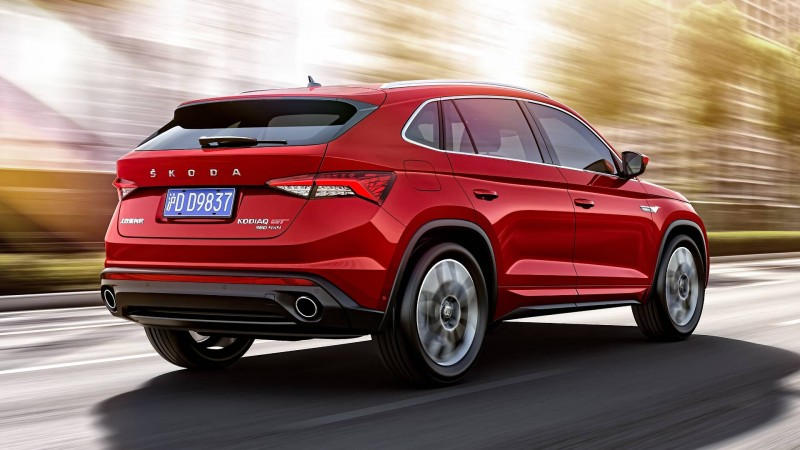 The Kodiaq GT will be offered with a pair of petrol engine options – 184bhp and 217bhp 2.0 litre – with the former getting front-wheel drive and the latter 4WD and a seven-speed dual-clutch ‘box.

The interior is familiar Kodaiq territory, although Skoda are throwing plenty of toys in to the spec – including Virtual Cockpit – and there’s a set of sportier front seats to emphasise its GT badge.

Skoda are adamant the Kodiaq GT is for China only, but don’t be surprised if it turns up in the UK in the fullness of time.