The Dubai Police Force Has Got Itself A Hoverbike 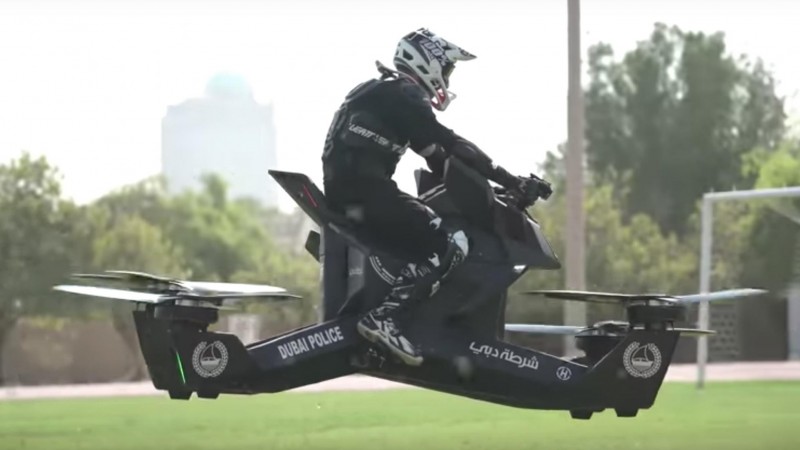 What do you get for the police force that has everything? A flying bike, that’s what

Dubai’s Police force has long been known to have a selection of the wildest police-livered cars on its fleet. Aventadors, Veyrons, Ferraris and such. Now, it’s taking it to a level above.

Quite literally, as they’ve announced a new addition to the squad: a hoverbike.

It’ll be the flying squad, then. The plan is for the vertical take-off and landing bike to act as a first responder in hard to reach areas, with the first hoverbikes ready for use in 2020.

Built by US company Hoversurf, the Dubai Police’s upcoming ‘S3’ gets a carbon fibre body, four rotors, a weight of just 114kg and a “safe flight altitude” of 16ft above the ground – though it’s noted how the pilot can adjust this individually. Top speed? Limited to 60mph.

It’s all powered by a 12.3kWh battery, which – in actual flight time – equates to between 10 and 25 minutes depending on weight and weather conditions.