The Electric Car Is Here, If You’ve Got The Money

While new luxury EVs are on display at the Paris Motor Show, the rest of us will have to wait a little longer 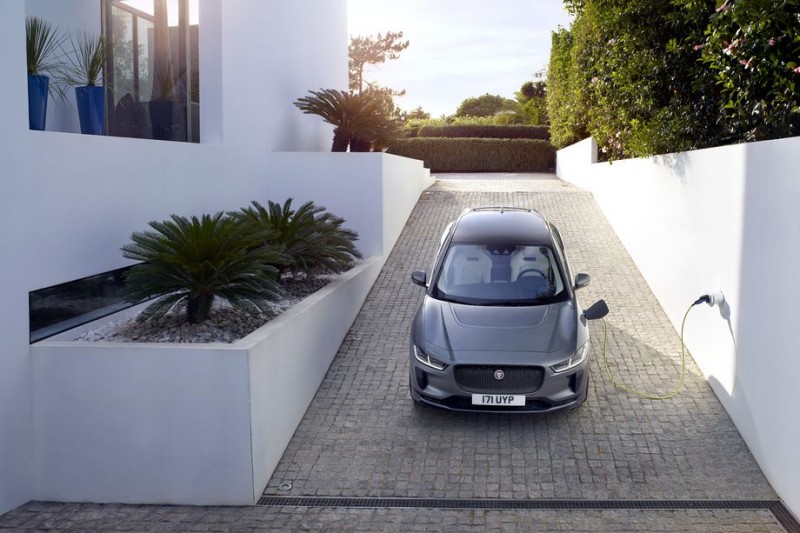 The annual parade of the world’s biggest auto shows is about to start this week in Paris, and for what really feels like the first time, a number of carmakers are finalizing, building, selling, or even nearing the delivery of their first flagship electric cars. And these aren’t just concepts, or camouflaged pre-production cars like we’ve seen in the past. EVs from big-name luxury brands like Audi, Jaguar, Mercedes-Benz, and BMW are on the way, meaning incumbents in the space, like Tesla, will soon have lots of direct competition.

But only a few models will approach the more affordable mid-$30,000 starting price set by GM’s Bolt. That means many of the fully electric vehicles scheduled to hit the US market in the next few years will start at or comfortably exceed the average sale price of a car in the country. The electric car may finally be here, but it’s still not going to be for everyone.

Electric cars are supposed to help the world cut back on the emissions caused by transportation, which makes up for a large chunk of the world’s overall numbers. Even if you set aside other market forces that could stop people from switching to an all-electric car (spotty charging infrastructure, range anxiety), the focus on EVs as luxury vehicles means this potential relief is still theoretical.

This week’s Paris Motor Show — which will spotlight luxury EVs from the likes of Mercedes and Audi, but will be skipped by more attainable brands like VW and Ford — looks like it will be a stark reminder of this. It’s ironic, really, since it takes place in the city after which the most ambitious climate action plan in history was named.

The new all-electric car closest to hitting the road in the US is the Jaguar I-Pace. Officially unveiled earlier this year, the $69,500 five-seater electric SUV will start making it to customers this fall. It matches up fairly with something like the base-level Tesla Model X, offering quick performance (0–60 mph in 4.5 seconds, and just shy of 400 horsepower), solid range (240 miles), and a high-end interior with Jaguar Land Rover’s dual-screen InControl Touch Pro Duo infotainment system (the same kind that can be found in a Range Rover Velar). It doesn’t have any driver assistance features that approach or match Tesla’s Autopilot, though, and it also can’t compete with the higher-capacity or dual-motor versions of the Model X on performance.

Audi’s E-tron is a step above the I-Pace in both price and luxury, and it arrives in the second quarter of 2019. It also seats five, and starts at $74,800, but it can be optioned up to $81,800 in order to get Audi’s driver assistance package — which is one of the better on the market next to Tesla’s, though the best version won’t come to the United States anytime soon — with massage seats, a heads-up display, and more. Where the E-tron falls short of the I-Pace and Model X is that it’s not quite as quick, and it also may not offer quite as robust a range. Its 350-horsepower drivetrain is about a second slower to 60 miles per hour, and though final testing has yet to be performed, it’s possible that the E-tron will get closer to 200 miles per charge than the 240 or 237 offered by the I-Pace and base Model X, respectively. 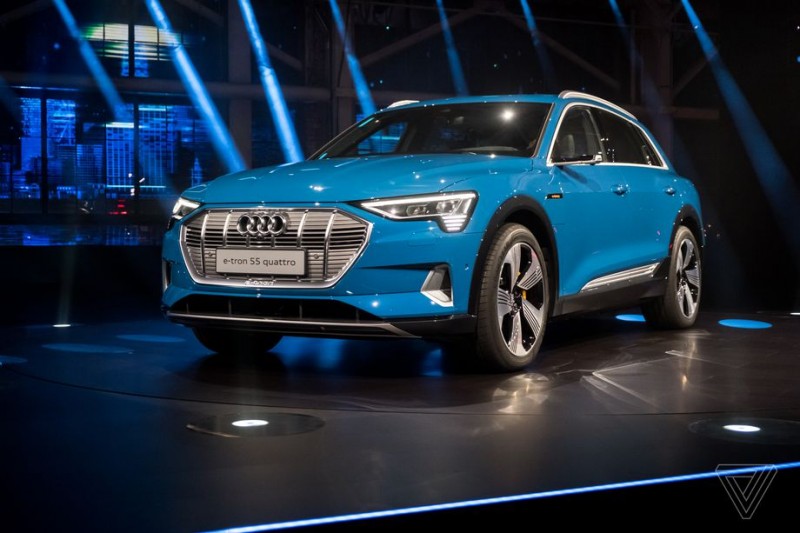 One of the most anticipated all-electric vehicles to make it to market in the next few years is also coming in 2019, and it’s actually two models: the Porsche Taycan (née Mission E) and its sibling EV, the Cross Turismo. The Taycan is like a futuristically styled 911 that will feature fast performance and, maybe most importantly, fast charging. The Cross Turismo more closely resembles Porsche’s wagon-y Panamera lineup, and it’s meant to offer a little more practicality than the Taycan. Pricing hasn’t been announced, but both cars should cost around $100,000. (The powertrain platform that the Taycan is being built on will also be shared with Audi for an even more expensive performance version of the E-tron, due out in 2020.)

Continuing the luxury EV trend, Mercedes finally made a serious splash in the world of all-electric cars when it announced the EQC in early September. It’s not arriving until 2020, and there’s no pricing yet. The company also sort of flubbed its first guess at what the range will be (though it’s expected to be a little bit above 200 miles). But it’s otherwise a very Mercedes car, with a typically premium interior that centers on the company’s sharp-looking MBUX interface, one of the most attractive automaker-provided in-car infotainment systems.

BMW’s iX3 electric SUV will also arrive around 2020. Its specs are similar — above 200 miles of range and 270 horsepower — and it looks to build off of the success that BMW has found with its SUV offerings over the last decade. No pricing or other details have been announced, but BMW is no stranger to electric technology. It released the hybrid i8 sports car in 2014, and it has made the all-electric i3 (which tops out at just around 150 miles of range in its latest configuration) for basically just as long. Being BMWs, both of those cars also command a premium: the i8 sits at about $150,000, and the i3 starts at $44,000.

Lastly on the luxury side of things, some of the most well-known EV startups are delivering or nearing production of their own electric cars, but they won’t come cheap, either. Lucid Motors, which just struck a $1 billion deal with Saudi Arabia’s sovereign wealth fund, has targeted a price of $60,000 for the base version of its Lucid Air luxury EV, which has lay-back rear seats and a Tesla-style touchscreen dashboard. That won’t come for a few years, though; instead, much like Tesla is doing by holding back the cheapest version of the Model 3, Lucid plans to sell a more expensive (and therefore higher-margin) spec of the car at the outset to help fund its efforts going forward. That version’s price tag? Over $100,000. 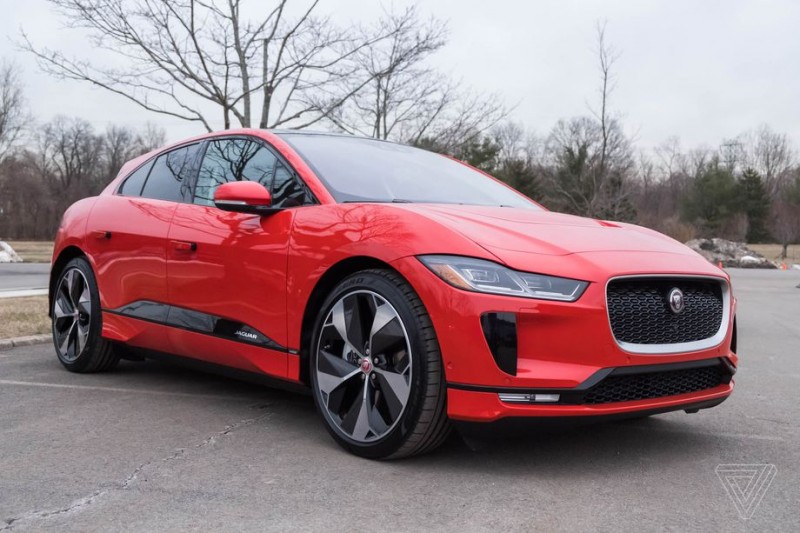 Chinese startup NIO, which recently went public in the US, plans to sell its electric SUVs outside of China, though its first one costs the equivalent of about $70,000 right now. SF Motors, another company from China with similar ambitions (and backed by Chinese automaker Sokon), will be in a similar price range. Byton’s SUV will dip below these a bit and start at around $45,000. Meanwhile, Faraday Future, which bounced back from the brink of bankruptcy and is on the verge of entering production, is reportedly considering a price tag of anywhere from $180,000 to $300,000.

With all that in mind, anyone looking to spend less than, let’s call it, $40,000 — aka, most of us — will at least have some options beyond GM’s Chevy Bolt in the near future. One is the Kona Electric from Hyundai. It’s starting to ship in South Korea and should come to Europe and North America soon, too. Pricing in the West is still not set in stone, but the Kona Electric comes in short- and long-range versions that should start close to $30,000 and go up to $40,000. The short-range version is a bit of a compromise at under 200 miles, but the long-range Kona Electric beats out most of the competition (save for the most expensive Teslas) with an EPA-rated 253 miles per charge.

Kia has a similarly priced all-electric SUV coming very soon, too, though the company has been light on details. The Niro might even eke out the Kona’s range with 260 miles per charge and maybe even a few thousand dollars less. 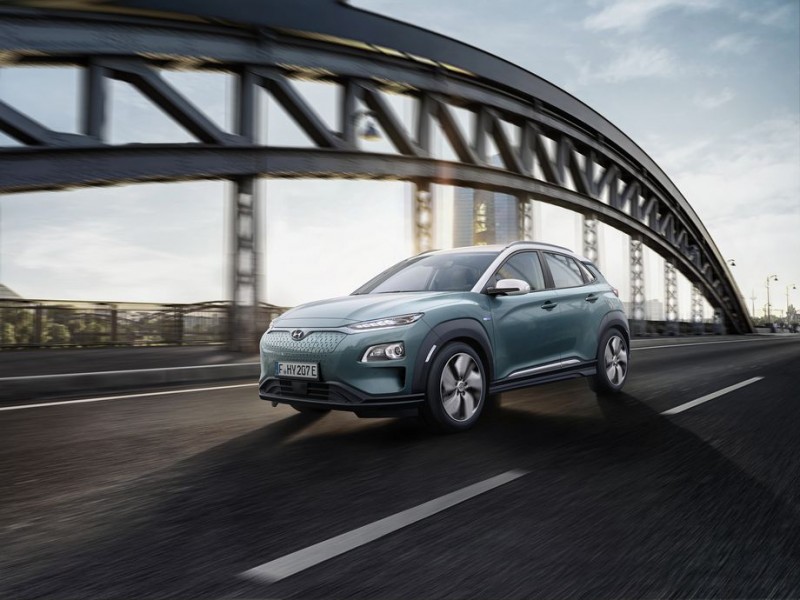 Hyundai’s Kona could be one option on the lower-end when it comes to the US in the next half-year.

Volkswagen is also bringing an all-electric car to market sometime in 2019. The company has sold an all-electric Golf since 2015, but the new I.D. hatchback — the first in a line of “I.D.”-branded electric cars — will be sold in three different range options, starting with a little less than 200 miles and a price of a little over $30,000.

Tesla, too, will offer a $35,000 spec of its cheapest car in 2019: the Model 3. While that price was always the promise from the car’s inception, the company’s laser focus on becoming profitable before the end of 2018 means only higher-margin versions are currently being made.

The automakers behind these more affordable electric cars will look to take some momentum from the Chevy Bolt, which is one of the best electric cars on the market as far as price (under $40,000) and range (about 240 miles) are concerned. Other existing EVs are more affordable, but none — not the Nissan Leaf, Fiat 500e, eGolf, or Kia Soul EV — can go as far on a single charge. 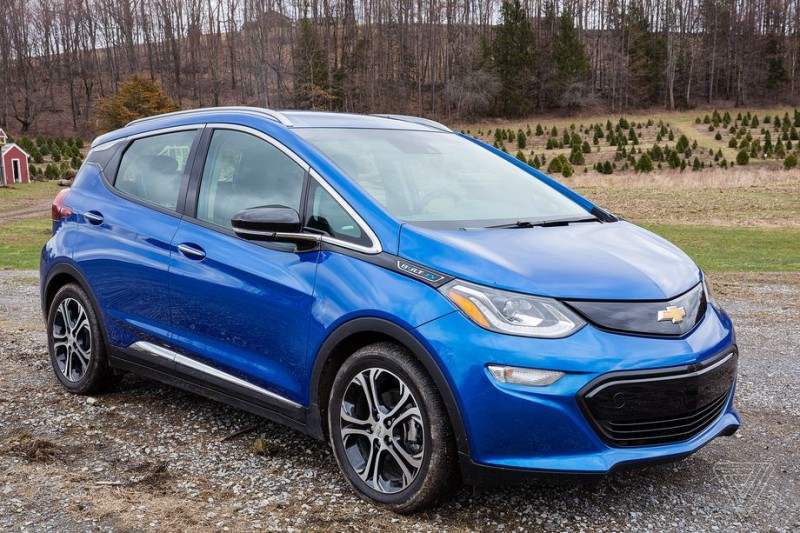 GM is about to become the second company to bleed out eligibility for the $7,500 federal tax credit buyers of EVs receive, though. (Tesla was the first.) That tax credit functions kind of like a consumer rebate, discounting the sticker price. While states offer similar credits, they’re typically for far less, between $1,000 and $3,500. This means cars like the Kona electric or the Niro or the I.D., which will start around the same price as the Bolt have an opportunity. With the federal tax credit, they’ll be cheaper, making them more attractive for some buyers.

In time, some of those lower-end EVs might be within reach of more consumers in the US. In other parts of the world, though, like Europe and China, that’s already happening. And to be fair, the Paris Motor Show represented this. Smart showed off another EV concept and Renault revealed an all-electric version of its ultra-cheap Kwid.

Maybe the first wave of luxury electric cars is not all bad: having desirable EVs at the top end of the market might help make affordable electric cars more attractive by association. But while nearly every automaker has made a grand promise about shifting to electric power by the mid-2020s, the rollout won’t be instant here. Those fleets will also fill up with hybrids, which tend to be even more affordable. Battery technology still makes up a large part of the price of an all-electric car, and the market forces — material costs, overall supply — aren’t helping to quickly bring costs down.

The dream of cars powered by electricity is finally becoming a reality. But as with most futuristic technologies, people with money will get the first crack at living with them.