Winter Tyres: Should I Buy Them? 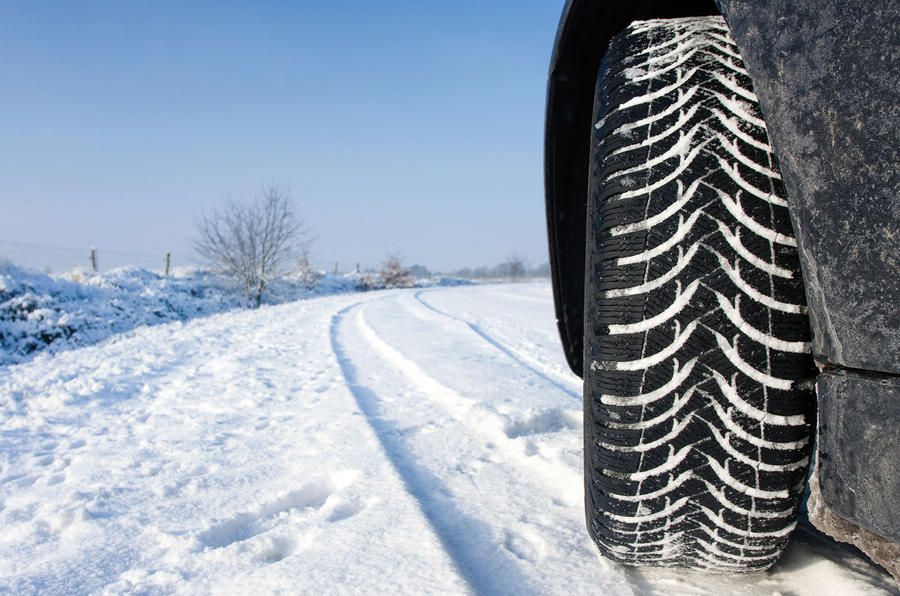 Whenever a modest amount of snow falls in the UK and our motorways grind to a halt, it is never the weather that is to blame, but our lack of preparation.

In this comprehensive guide to preparing yourself and your car for the winter months, we’ll look closely at winter tyres and discuss whether or not they are worth the outlay, before considering every other aspect of driving during the cold season.

Even as winter tyres become increasingly popular here in the UK, many drivers still misunderstand exactly what they are for and why they should be fitted in a country that rarely sees snow. The truth is, winter tyres are not only designed for snow and ice. They are also grippier and therefore safer than summer tyres in all weather conditions - even in the dry - so long as the ambient temperature is lower than 7deg Celsius. 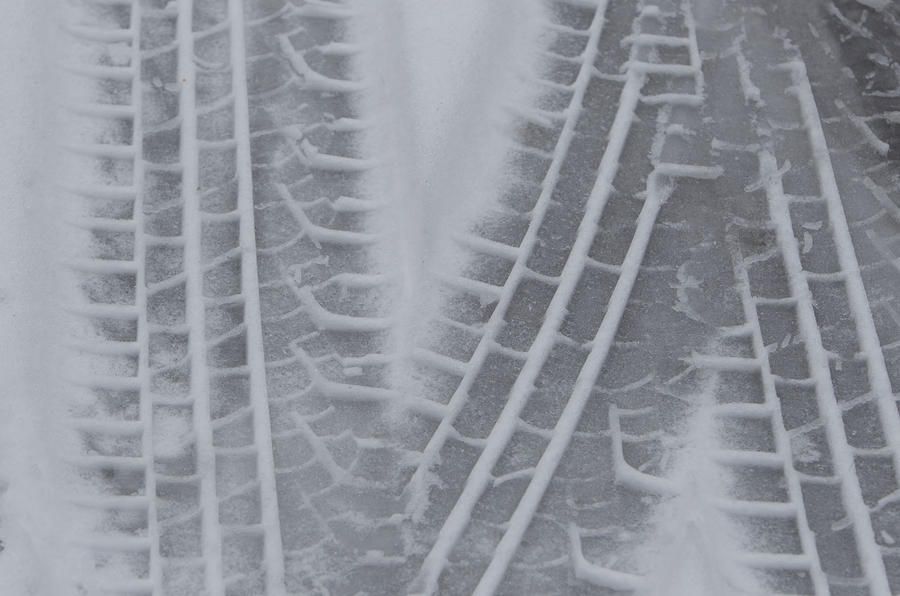 What are winter tyres?

The most important thing to understand about winter tyres is that they are not ice tyres, or even snow tyres. They do not have metal studs of any sort poking out of the tread. Instead, winter tyres are simply designed to be used when temperatures are low and the roads are slippery. Of course, they are far more effective than summer tyres on snow and ice, but they will provide more grip and traction even on a bone dry surface just so long as the ambient temperature is less than 7deg Celsius. They are better at clearing standing water, too, so winter tyres are also safer than summer tyres when it’s raining.

Between the end of November and the start of March, then, winter tyres are almost certainly going to generate more grip than summer tyres.

How do winter tyres work?

Winter tyres are different from summer tyres in three specific ways. The first is that the tread pattern has many more grooves, or sipes, cut into it, which displace water and help the tyre to bite into snow and ice.

Secondly, winter tyres are made from a compound that has more silica in it, which means they stay soft and supple even in freezing temperatures. In very cold conditions, the rubber of a summer tyre becomes extremely rigid, meaning it slips across the surface of the road rather than clinging onto it.

Finally, a winter tyre’s rubber blocks are designed to vibrate when on the move, which means any snow they might have picked up will be shaken out. A summer tyre, meanwhile, will become clogged up with snow and ice and in effect become completely smooth and entirely useless. 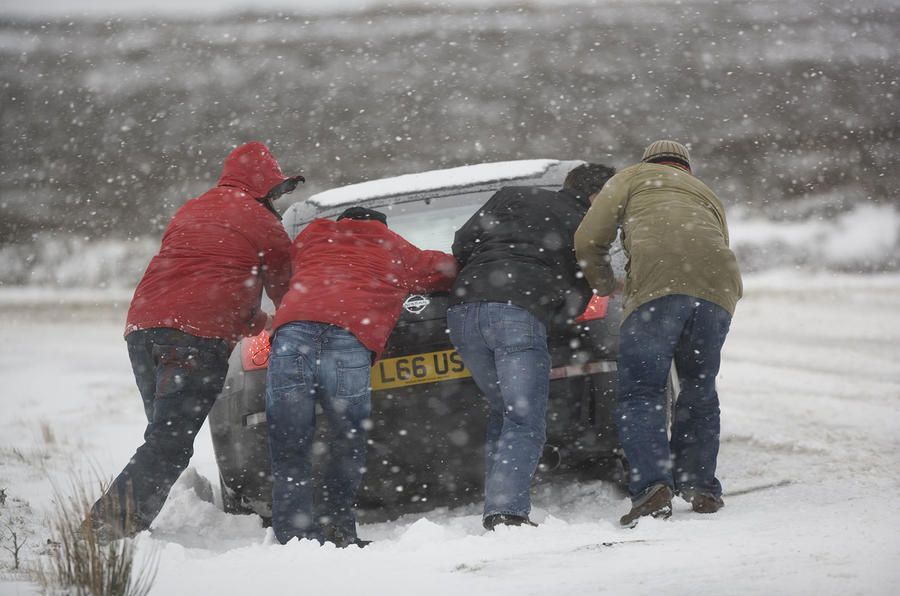 Can you use winter tyres in summer?

There is no legal reason why you cannot use winter tyres in summer, but we certainly wouldn’t recommend it. In warm weather, winter tyres will wear out much more quickly than summer tyres, hitting you where it really hurts - the wallet.

What’s more, winter tyres generate less grip and traction than summer tyres in warm weather, which means they’ll be less safe. The best thing to do is remove your winter tyres once temperatures start creeping up again and keep them in storage for the following winter.

In very cold conditions on a Tarmac surface that was covered with slushy snow, the four-wheel-drive car was quicker to accelerate to 30mph from a standstill, which means it had a clear traction advantage. That’s all well and good, but any car that has begun accelerating will eventually have to negotiate a corner or come to a stop.

In the cornering test, the outcome was very similar. The four-wheel-drive car with summer tyres was able to generate only 0.17g of lateral acceleration - a measure of how much cornering grip a car has - whereas the front-wheel-drive car with winter tyres generated 0.23g of lateral acceleration. That might not seem like a huge amount, but what it tells us is that winter tyres generate 35% more cornering grip on snow than summer tyres. Again, that might just be the difference between avoiding an accident and having a big one.

The best solution for our winter months would clearly be a four-wheel-drive car fitted with winter tyres. What our test demonstrates, though, is that a two-wheel-drive car with winter tyres is much better overall in cold weather than a 4x4 on summer tyres. A set of winter rubber for your existing car will be an awful lot cheaper than upgrading to a new off-roader, too.

As it stands, it is not a legal requirement in the UK to fit winter tyres during the cold season. In other northern European countries, including Germany, drivers are compelled by law to remove summer tyres for the winter months. That law also applies to visitors. As a rule of thumb, German drivers switch to winter rubber between October and Easter. 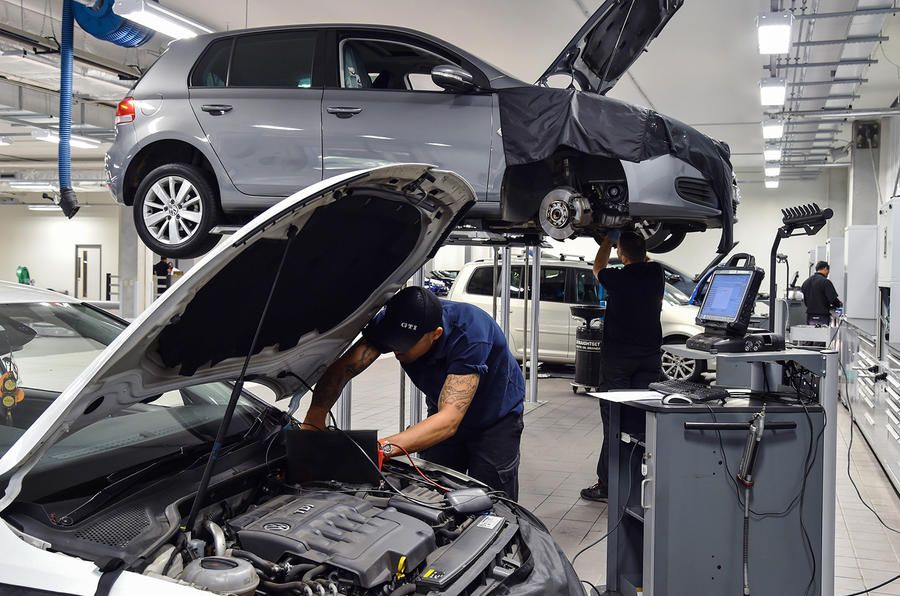 How much do winter tyres cost?

The cost of winter tyres will vary enormously depending on brand and size. Generally, however, you should expect to pay more or less the same for winter tyres as you would for a set of summer tyres.

Designed for countries with moderate climates such as the UK, all-season tyres combine elements of winter and summer tyres for year-round use. They are made of a compound that offers good grip in dry and warm conditions without becoming hard and rigid in very low temperatures. Like winter tyres, they also have plenty of sipes cut into the tread. Many drivers find all-season tyres to be the most convenient option since they can be left in place for all four seasons.

In cold temperatures and low-grip conditions, all-season tyres versus winter tyres is no contest: winter tyres will be far more effective.

How to store winter tyres

Winter tyres should be stored in a cool, dry place, stacked on top of one another and away from direct sunlight and heat sources to prevent the rubber from degrading.

When you remove your winter tyres, you should mark each one so that when it comes time to refit them, you can rotate their positions on the car to even out the rate of wear. Your garage at home or the garden shed would be ideal.

You should also wash your winter tyres with warm water and dry them carefully before putting them into storage.

If you do not have space to store them at home, many tyre fitters offer a ‘tyre hotel’ service. For a fee of around £10 per tyre per season, they will store them for you.
Identifying winter tyres

In 2012, a new ‘Alpine’ symbol was introduced to identify winter tyres. Only tyres that display the three-peak icon with the snowflake motif within are legally classified as winter tyres.