13 Amazing Places To Visit In Michigan 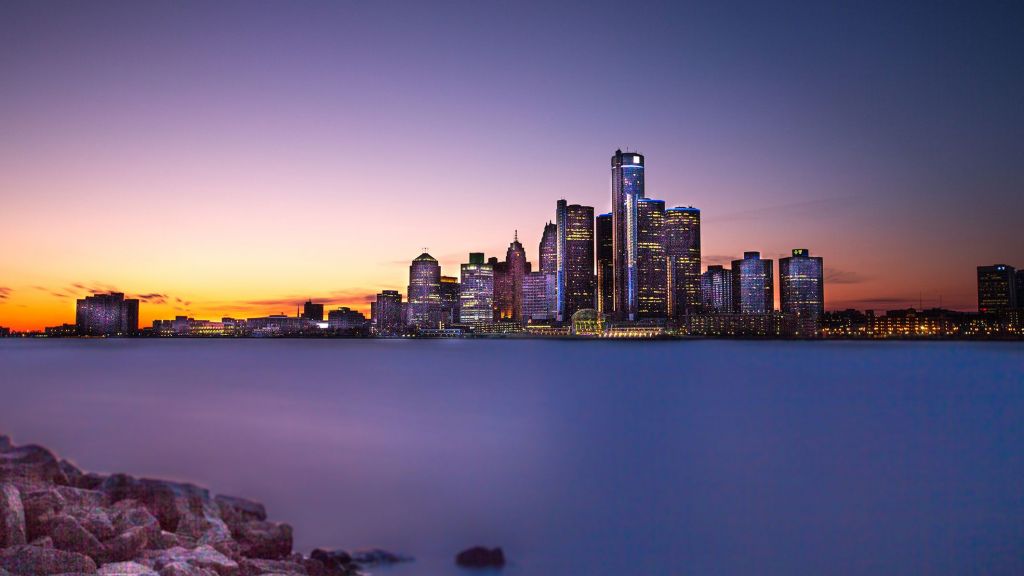 Michigan is located in the Great Lakes region of the United States and is nicknamed The Great Lakes State, The Wolverine State, The Middle State and Water (Winter) Wonderland. Although Detroit is the largest city, Lansing is the capital. Michigan offers its visitors a lot and there is a breathtaking nature that you can admire. 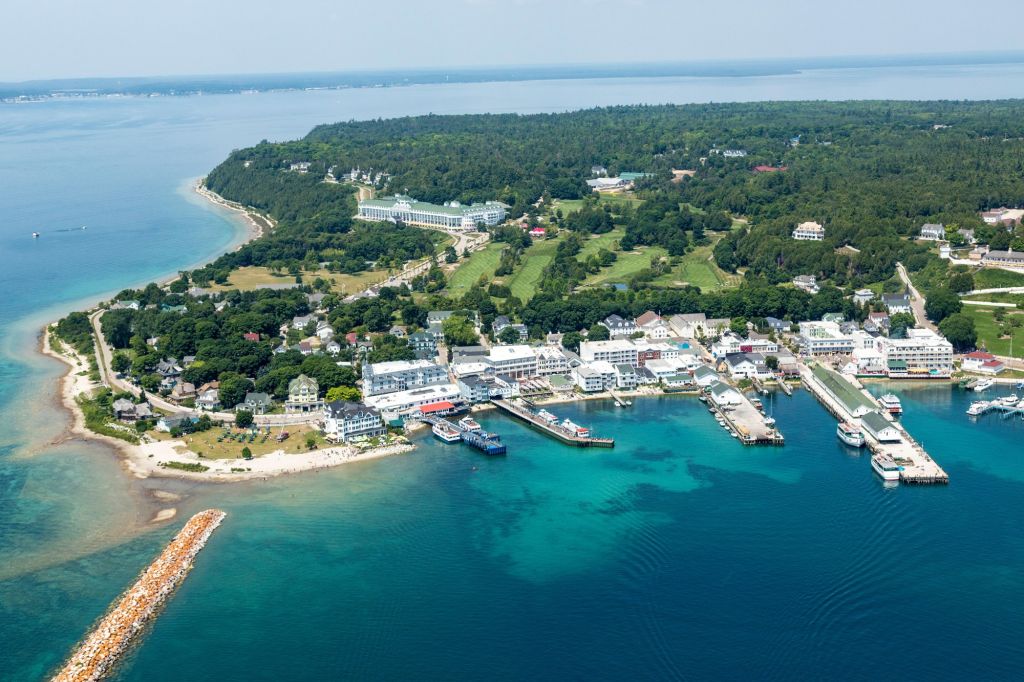 Mackinac Island offers a glimpse of a historic era and an easier way to live in front of cars and buses. Visitors can take a ferry to the island and spend the day strolling through the old town's shops, exploring the island on a horse-drawn carriage, hiking or visiting Fort Mackinac. 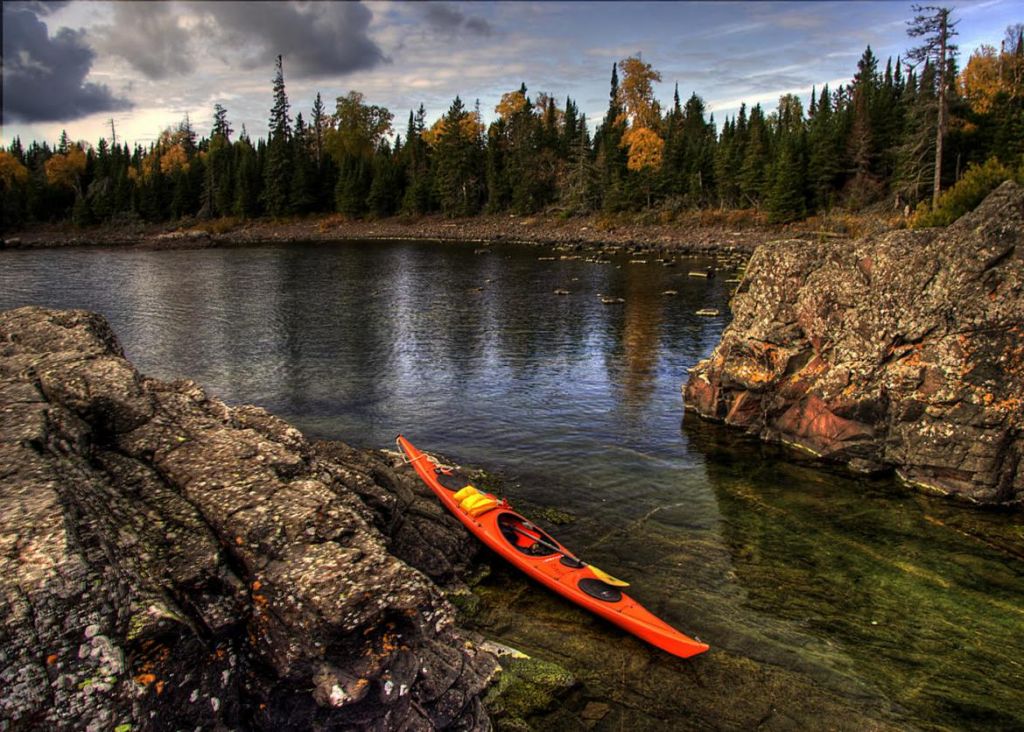 Isle Royale is located in northwestern Lake Superior near the Canadian border. This 432 km² island is characterized by glacial glaciers and offers many lakes and streams, dense forests and a variety of wildlife, including wolves, foxes, moose, otters, osprey, herring gull, hawks and much more. This relatively untouched land area attracts those looking for a remote wilderness experience. The park is best explored on hiking trails and boat trips. The island can be reached by boat or seaplane. 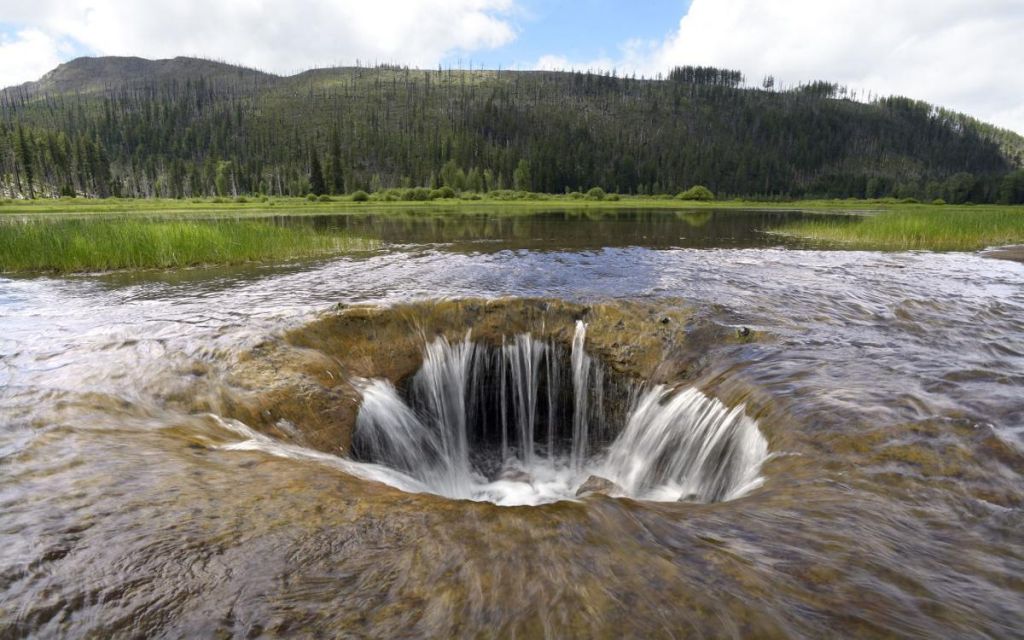 Lost Lake is a lake in Clare County, Michigan, USA. It is 66 acres and is a focal point for scouting activities at the Lost Lake Scout Reservation. 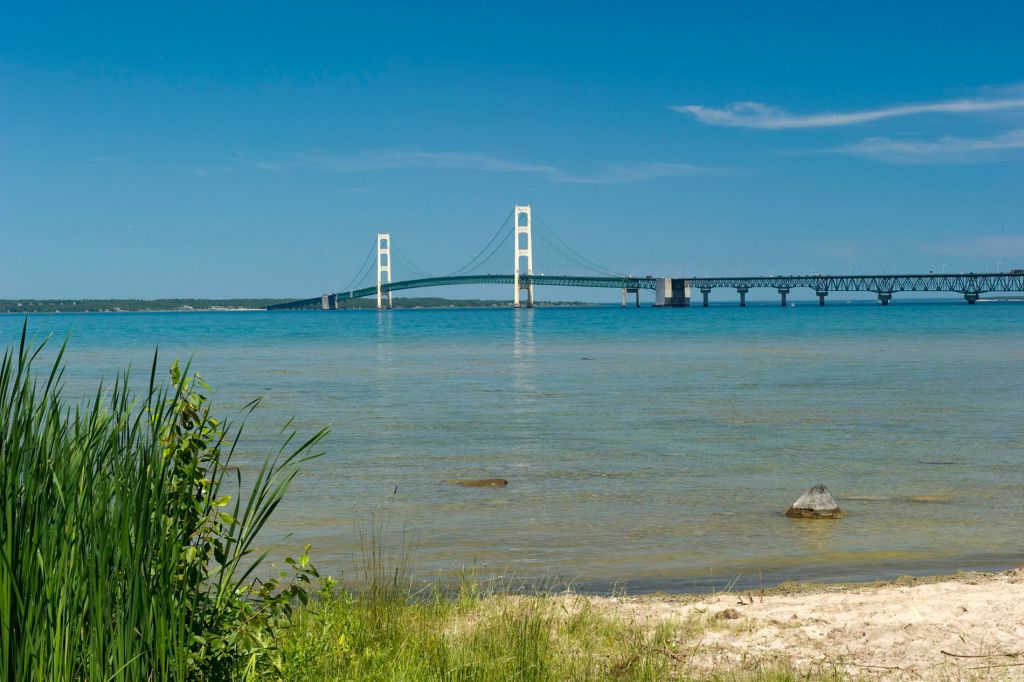 The Mackinac Bridge is a suspension bridge that spans the Strait of Mackinac to connect the upper and lower peninsulas of the state of Michigan. 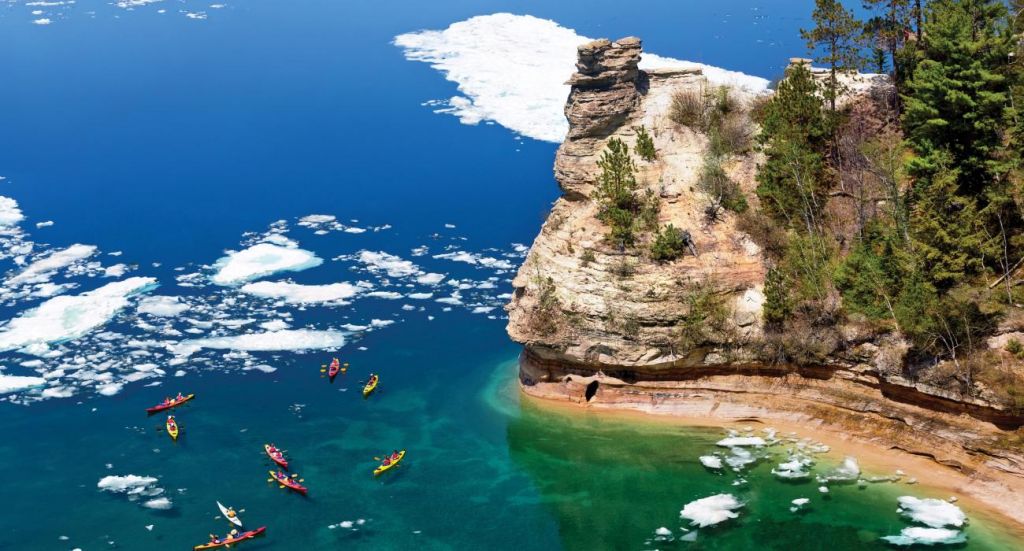 Pictured Rocks National Lakeshore embraces the south shore of Lake Superior on the Upper Peninsula of Michigan. It is known for the dramatic, multi-colored Pictured Rocks cliffs. Exceptional sandstone formations like Miners Castle and Chapel Rock dominate the headlands of the park. 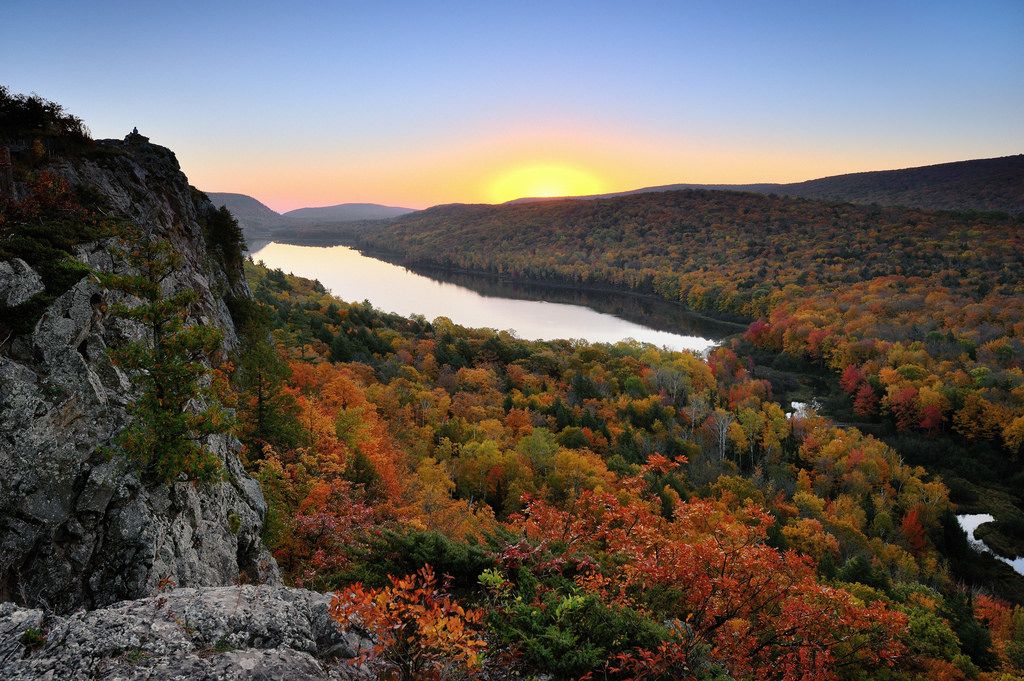 The Porcupine Mountains or Porkies are a cluster of small mountains spanning the northwestern upper peninsula of Michigan in the provinces of Ontonagon and Gogebic near the shores of Lake Superior. 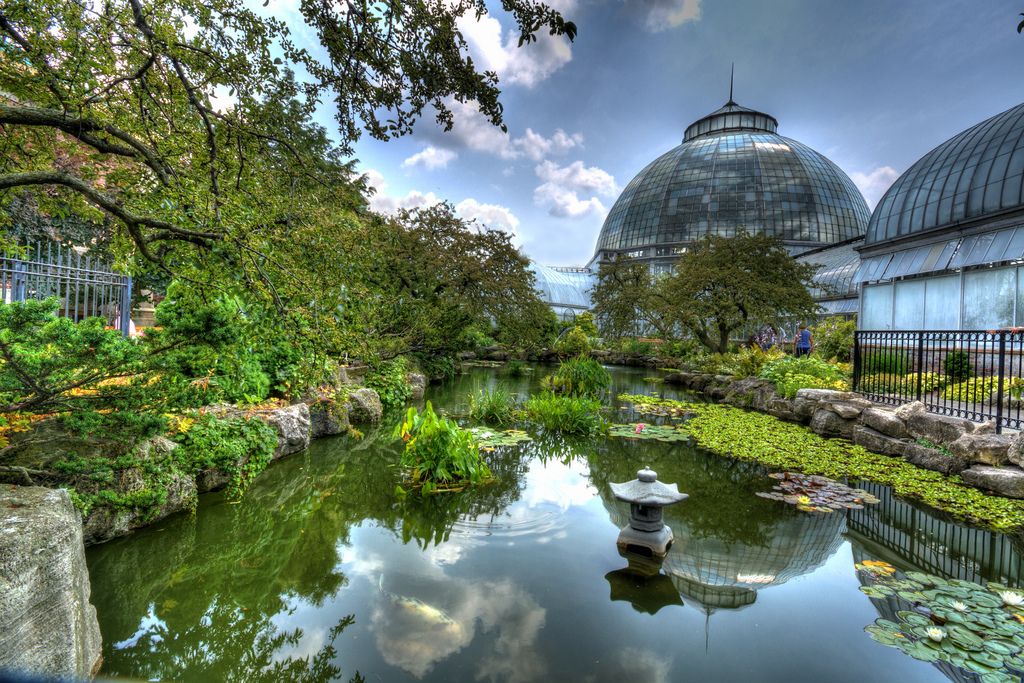 The Anna Scripps Whitcomb Conservatory is a greenhouse and botanical garden on Belle Isle, a 982-acre island park in the Detroit River between Detroit and the border with Canada. 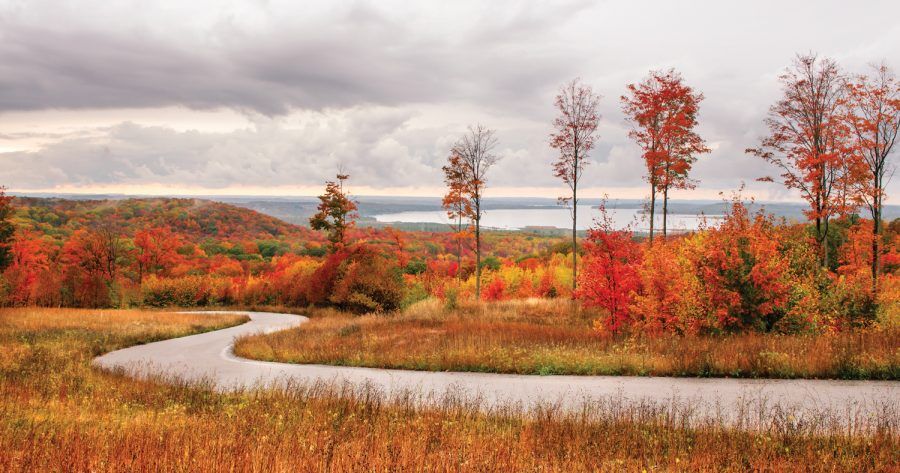 A country road meanders into the distance, framed by an arch of red maple leaves in Cadillac, Michigan, USA.

Lighthouse and pier in Grand Haven 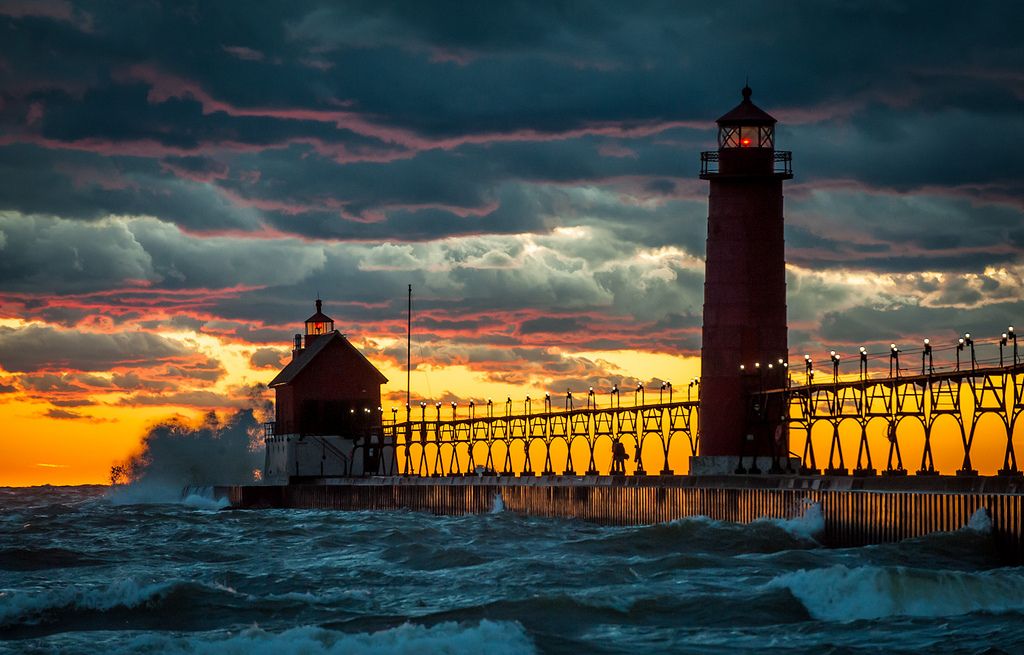 Lighthouse and pier at GranGrand Haven South Pierhead Inner light is the inner light of two lighthouses on the south pier of Grand Haven, Michigan, where the Grand River enters Lake Michigan. 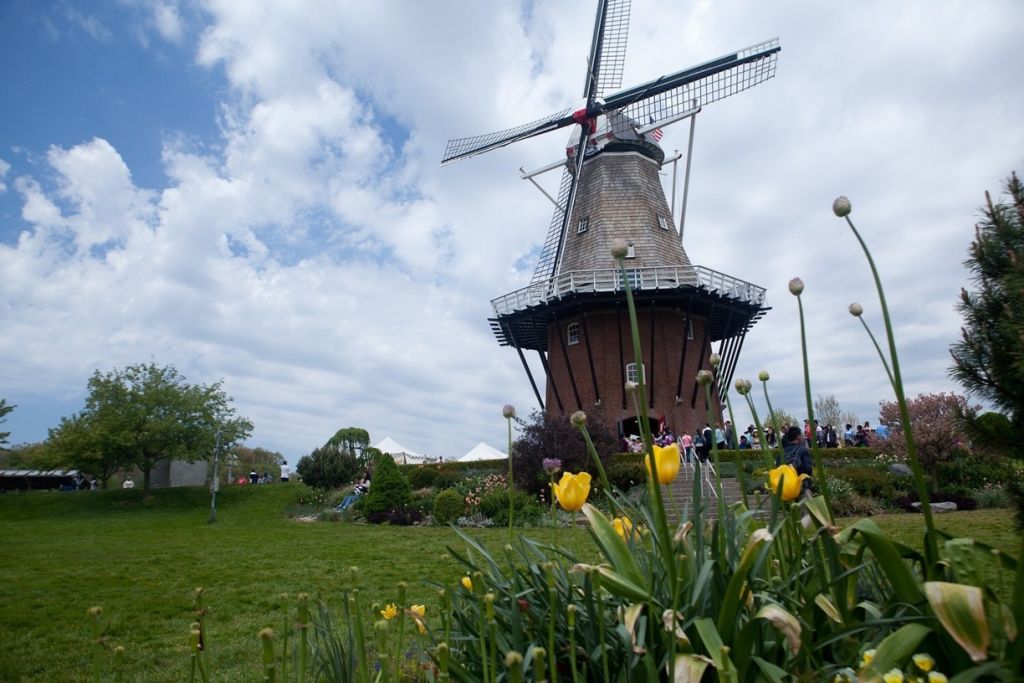 Windmill Island is a 36-hectare park filled with well-kept flower gardens and Dutch architecture. In May, the park comes alive with 175,000 tulips, and in June, the expansive gardens turn into year-round flowers. 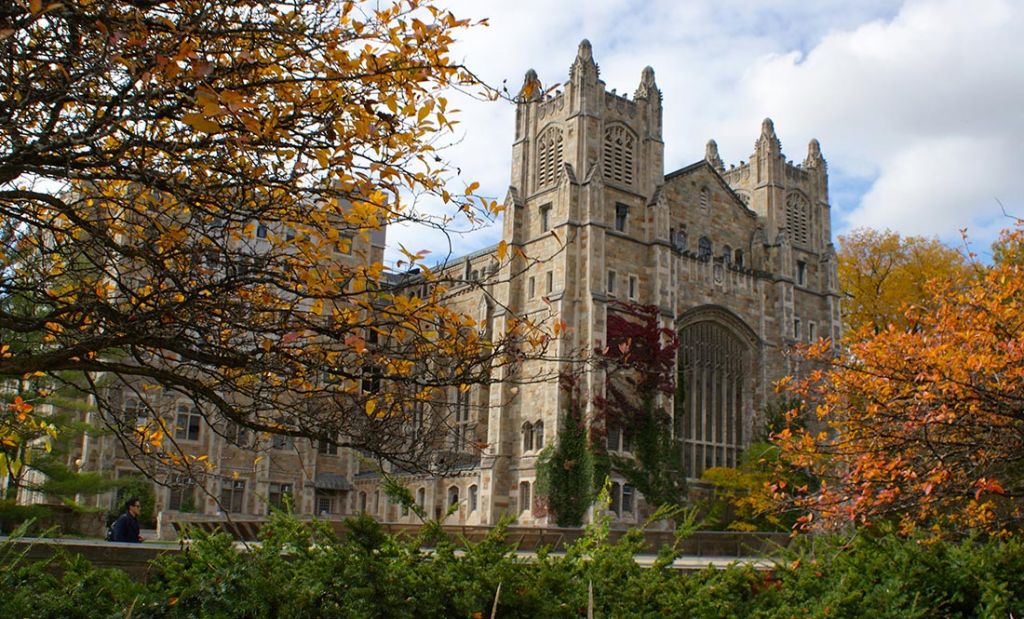 The Michigan Historical Museum tells the story of Michigan from prehistoric times to the 1900s. The exhibits range from the industrial history of the state to the history of the first humans.